Government researchers have found that four out of 10 Americans are obese and one out of 10 are severley obese. 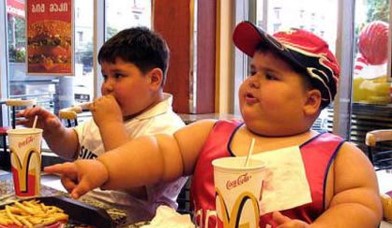 Government researchers have found that four out of ten Americans are obese and one out of ten are severley obese.

A survey of over 5,000 US adults was conducted from 2017-18 by the Centers for Disease Control and Prevention that measures people’s height and weight discovered the staggering numbers.

The news findings are actually up two percent from a similar study conducted in 2015-16 from 40 percent to 42 percent. The severe obesity rate increased by one percent as well, moving from eight percent to nine percent over the same time frame.

The numbers haven’t raised enough for it to be considered statistically significant, however the trends suggest that adult obesity will continue to grow according to Cynthia Ogden, one of the authors of the report released this week.

Americans that were considered severly obese in 1970 was only about one in 100, a number that is ten times more common today. The overall obesity rate has gone up by about 40 percent since 2000.

These numbers suggest that an increase in Americans with diabetes, heart disease and cancer are likely to coincide with the rise in obesity according to Dr. William Dietz, an expert on obesity at the University of George Washington.

Dietz also alluded to the increasing difficulty en route to care for the rise in severly obese people, estimating that the average, primary care doctor is already treating about 100 severly obese patients.

“How’s a provider going to do that? Severe obesity really requires very intensive therapy,” he said.

The survey only researched US adults and these numbers don’t apply to kids or teens, although Ogden said that a study covering that may come out later this year. Obesity of kids and teens was 18.5 percent in 2015-16, while just shy of six percent were considered to be severly obese.

Dietz claims the responsibility falls on the US government for not creating more programs to promote physical activity and healthier eating. Dietz suggested that passing a national tax on sugary beverages could reduce the consumption of them as well as building more sidewalks.

Obesity is one of America’s leading public health problems.