In a post-qualifier interview Saturday, Berry said that should she medal during her event on Tuesday, she intends to make a politically-charged statement from the podium. 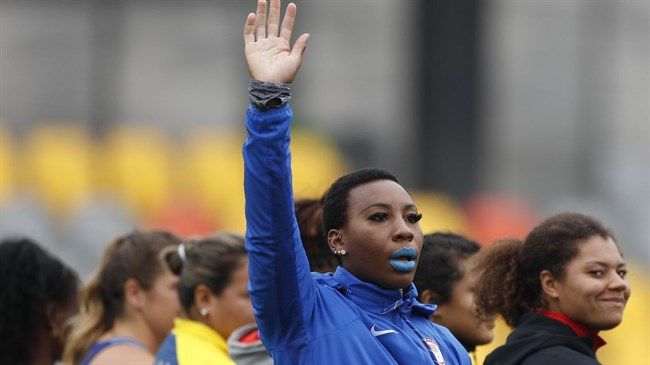 American Olympian Gwen Berry made headlines recently for turning her back as the American national anthem played during a medal ceremony in the US Olympic Trials and has said to expect a similar protest if she medals in Tokyo.

In a post-qualifier interview Saturday, Berry said that should she medal during her event on Tuesday, she intends to make a politically-charged statement from the podium. Berry qualified for the hammer throw over the weekend in the event's Group B preliminaries.

"I feel like I've earned the right to wear this uniform," said Berry, addressing critics, according to the Fox News. Some US lawmakers went as far as to say that she should be booted from the team if competing under the US flag with the full backing of the nation was a problem for her.

"I'll represent the oppressed people," Berry said. "That's been my message for the last three years."

Berry first came under fire for protesting the American national anthem in international competition after she medaled at the Pan American Games two years ago. She also turned her back on the flag during her medal ceremony, earning her a fine for engaging in a prohibited political demonstration.

After earning a bronze medal at the Olympic Trials, Berry draped herself in an "activist athlete" tee-shirt, and turned away as the anthem played.

"I feel like it was setup," Berry said at the time. "I feel like they did that on purpose, and I was pissed, to be honest."

She added: "I was thinking about what should I do. Eventually, I just stayed there and just swayed. I put my shirt over my head." US Track and Field vehemently denied that the incident was a "set-up."

"The national anthem was scheduled to play at 5:20 p.m. today," said US Track and Field spokesman Susan Hazzard. "We didn’t wait until the athletes were on the podium for the hammer throw awards. The national anthem is played every day according to a previously published schedule."

Berry told the media that they were not impacting her performance in Tokyo. "I’m just focused on what I need to do," she said. "Because all those people who hate me, they aren’t here. So they can’t affect me." To medal, she would have to defeat her American teammate, Brooke Anderson, and world-leading hammer throwers from China and Poland.