A teacher who wore a blackface costume to Halloween has been suspended from the school he teaches at in California. 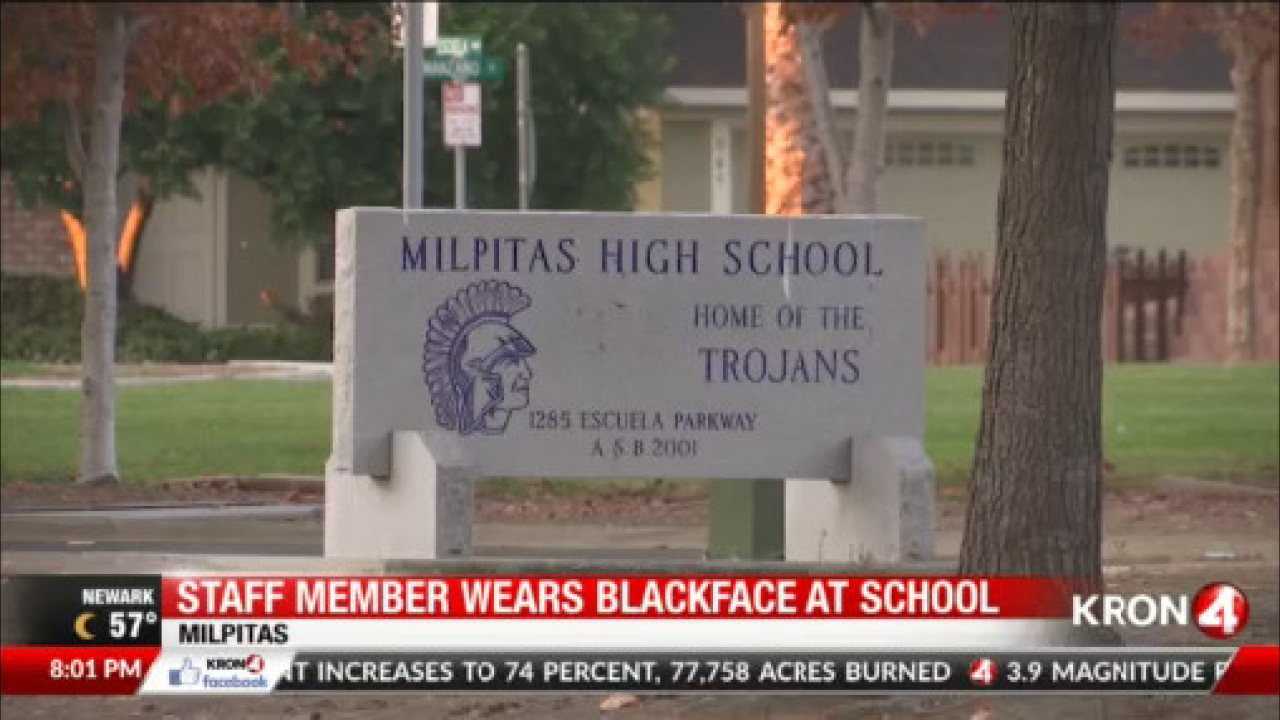 A teacher who wore a blackface costume to Halloween has been suspended from the school he teaches at in California. The teacher, who was attempting to impersonate the rapper Common, was soon captured on video by his students.

In the video, the teacher raps about artificial intelligence, saying: “Opportunities limitless, possibilities senseless, what will you do? Millions of people, not enough to eat, what will we do? With AI, Microsoft technology, the future is up to you.”

The teacher, who worked for Milpitas High School, was condemned by his principal and the greater school community. The principal, in particular, labeled the teacher’s actions as “dispersing.” The teacher is now under investigation by the district’s school board.

In a statement, the school board’s president also called the teacher’s action “inappropriate, unprofessional and insensitive.”

The president, who is an Africa-American man, went on to say that “the history of Blackface reminds me of the cruelty, hatred and fear my parents and people of African Ancestry have dealt with in the past and still experience today around the world.”