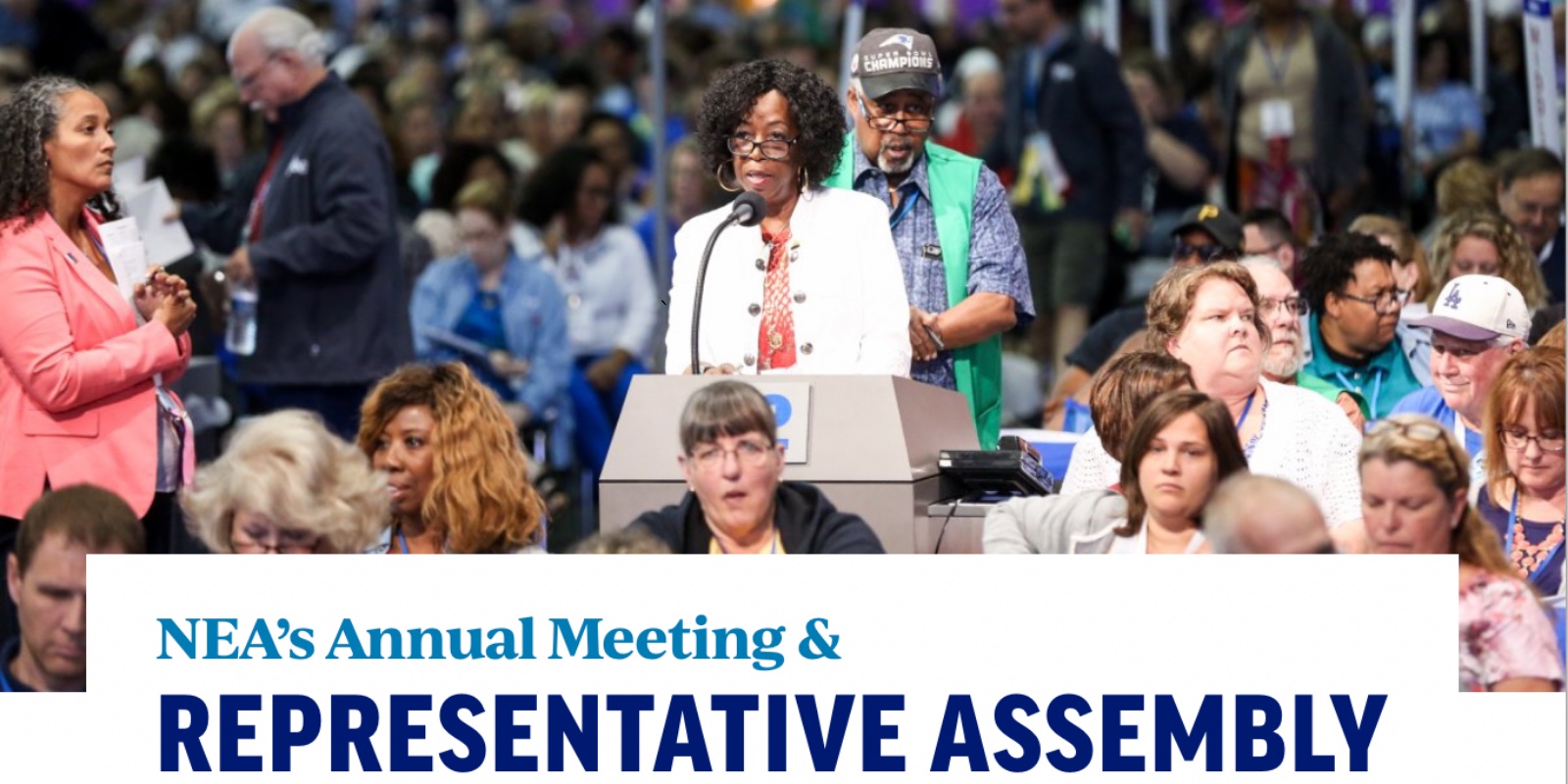 The National Education Association, which is among the largest labor unions in the country, has offered its new agenda and proposals, encompassing everything from climate change and foreign affairs, leaving very little room for actual education policy. "The NEA are the foot soldiers of the Democratic party," Moms for Liberty's Tiffany Justice told The Post Millennial.

One of the most controversial of their plans is to remove the words mother and father from mothers and fathers and replace those terms with either "birthing parent" or "non-birthing parent." This is to appease trans advocates who feel that using names for relationships that denote biological sex is in some way discriminatory toward people who choose not to identify as their own biological sex. This was not brought to a vote, but was a proposal.

The 6,000 or so educators met in Chicago to discuss plans to make Covid vaccines and masking mandatory in schools. They also want broader access to virtual learning opportunities, despite this having resulted in devastating education loss for so many of America's students.

The NEA discussed taking direct aim at Florida Governor Ron DeSantis' Parental Rights in Education bill, which has broad support not just in Florida but across the country, as it secures the rights of parents to have access to students' school records, and to prevent teachers and administrators from discussing sex and gender identity in ways that are not age-appropriate.

The group of educators, instead of trying to take action to right America's failing schools and help students actually meet grade standards in reading, math, history, and science, plan to address policies in government that they believe are racist. While they note that financial literacy would help overcome barriers to wealth, they are more interested in making sure students know what to blame for their inability to succeed—racism, not educational standards of failure.

Climate justice, too, is a top concern for the NEA, with their plan to "Create a policy task force to develop strategies for placing the intersectionality of climate justice and environmental racism at the center of all relevant conversations and business." This, the NEA said, is their "moral obligation."

The reason behind this, the NEA writes, is that in "Using this contract language, members need no worry about how a Board of Education/solicitor defines 'maternity leave,' 'mother,' and/or 'father'; the language is an inclusive reflection of ow LGBTQIA+ members build their families." This rationale assumes that the way that heterosexual members build their families should be rewritten regardless of their personal preference.

The teachers' union also weighed in on gun control legislation, stating that members should know where their local lawmakers stand on the issue of gun legislation.

And while teachers' unions have been essentially running public schools and public education in the United States for decades, they believe that the homophobia and transphobia in those schools that they control is so egregious that it needs to be "at the forefront of dismantling an oppressive system full of hate, misinformation and fear mongering." These must be systems that the unions were party to, since they have been in charge of the schools.

Further plans from the NEA, which controls teachers and administrators but not independently elected school boards, wants to reach their influence into school boards as well. They have proposed a plan to recruit candidates for school boards that are friendly to teachers unions. This is undoubtedly in reaction to parents becoming aware of just how much influence the overwhelmingly leftist, activist school boards have had over American public education.

The NEA apparently doesn't like the fact that school boards are being remade across the country, with power being taken from activists and put into the hands of parents who are more concerned with education than leftist activism.

"In the wake of right-wing attacks on diversity, inclusion and equity reform movements at Board of Education meetings, it is imperative that queer folk and people of color have a seat a the table," the proposal reads.

The NEA does not take into account that parents of all ethnic origins and minority backgrounds are anxious to make sure that children are properly educated in necessary topics, such as reading, math, history and science, and not given courses in grievance and woke theology.

It was only a year ago that the NEA's program, supported and praised by President Joe Biden and wife, teacher Jill Biden, upheld tenets of critical race and gender theory.

The NEA, and the smaller teachers' unions across the country, were very active in keeping schools closed during the pandemic. The National School Boards Association, in the fall of 2021, actively worked with Biden's Department of Justice to call for an investigation into parents who speak up at school meetings to oppose indoctrination as well as mandatory masking and vaccination.

The NEA was a major funder of Biden's presidential campaign, and gave him a "playbook" as to their demands for schools across the country. Many of these were implemented through the American Rescue Plan, a massive, $1.9 trillion spending bill meant to address Covid