A 38-year-old Antifa member and career criminal in San Diego is the first to be convicted over a violent Antifa conspiracy to attack Donald Trump supporters and beachgoers at Pacific Beach in January 2021. 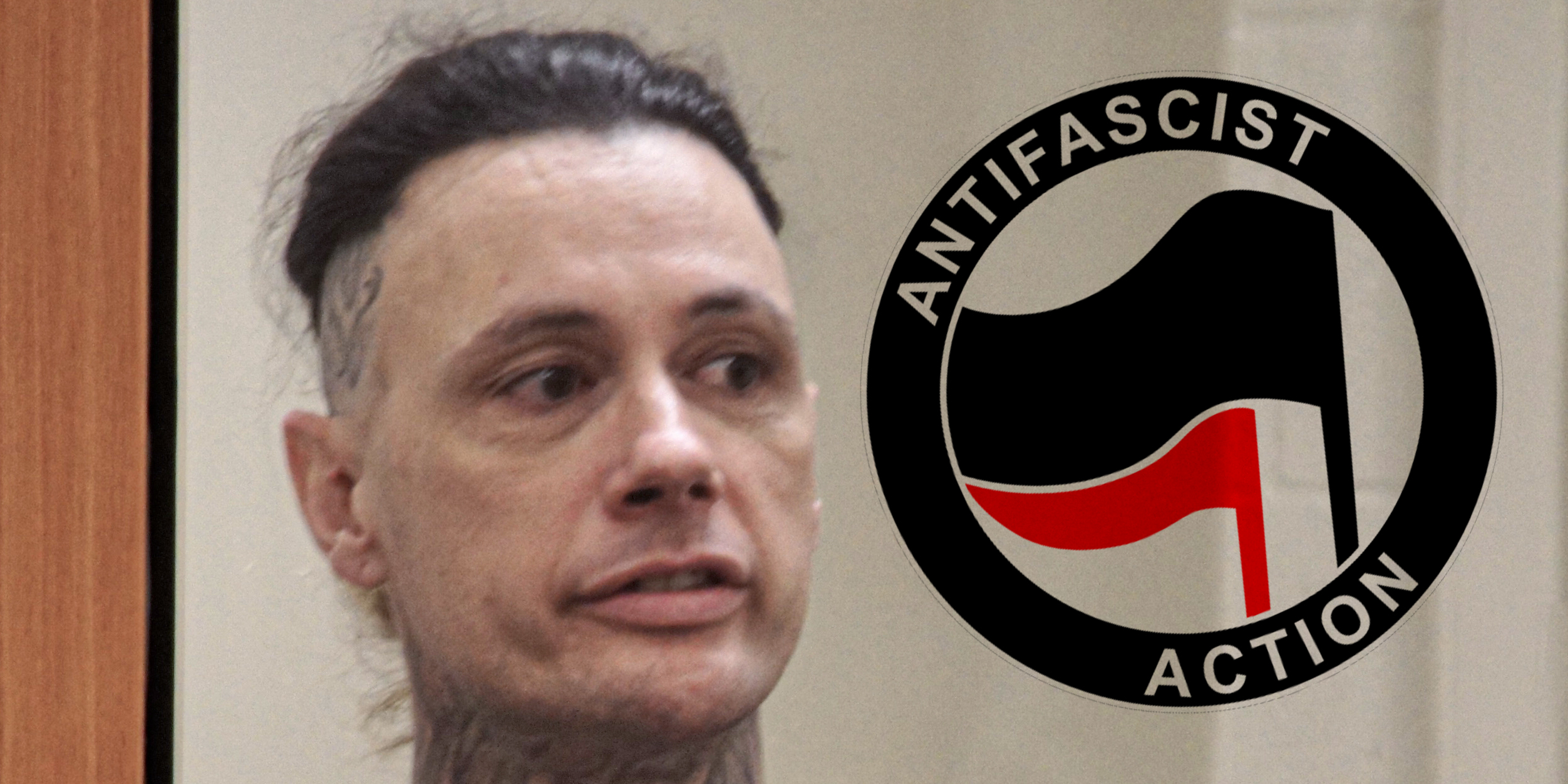 Eva Knott and Andy Ngo San Diego CA
Sep 28, 2022 minute read
ADVERTISEMENT
ADVERTISEMENT
A 38-year-old Antifa member and career criminal in San Diego is the first to be convicted over a violent Antifa conspiracy to attack Donald Trump supporters and beachgoers at Pacific Beach in January 2021.

Erich Louis Yach, of ​​San Ysidro, Calif., admitted to conspiracy to riot, assaulting multiple persons and unlawfully using tear gas as a weapon, plus other felonies in court on Wednesday, in a deal in which she is expected to be sentenced to nearly five years in state prison. Yach is listed as a 6 feet 4 inches tall male in jail records, but she told the court she is trans and that her name is “Nikki.” She has a prior felony conviction in California for domestic violence.

As part of the plea deal, Yach also pleaded guilty over her role in a separate case, which was being prosecuted simultaneously. Yach admitted to being a felon on prison grounds and committing new felonies while out on bail. Another separate case of misdemeanor resisting arrest was dismissed as part of the plea agreement. 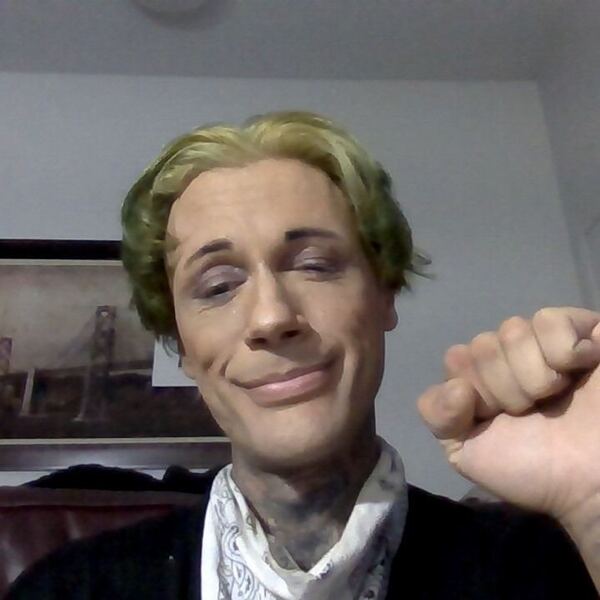 Erich Louis Yach, aka ‘Nikki,’ is a trans Antifa member in southern California

In June, a secret grand jury indicted Yach and 10 other alleged Antifa members accused of being part of a network of violent cells in southern California that planned and carried out  brutal attacks during a riot in Pacific Beach, Calif. on Jan. 9 last year. Video recorded at the riot showed the mob in black bloc assaulting multiple victims with weapons. Trump supporters, minors, a photojournalist and a man and his dog walking on the beach were all hurt during the attacks. Multiple weapons and firearms were seized from suspects during executed search warrants.

“On or about January 9, 2021, I unlawfully conspired with Alexander Akridgejacobs, Jesse Merel Cannon, Brian Cortez Lightfoot Jr., Christian Martinez, Luis Francisco Mora, Samuel Howard Ogden, Bryan Rivera, Faraz Martin Talab, Jeremy Jonathan White and others whose identity is unknown to commit the crime of Penal Code Section 404 Riot, in violation of PENAL CODE SECTION 182(a)(1),” admitted Yach in a statement submitted to the court. She also admitted to participating in “a group attack” on two other victims. 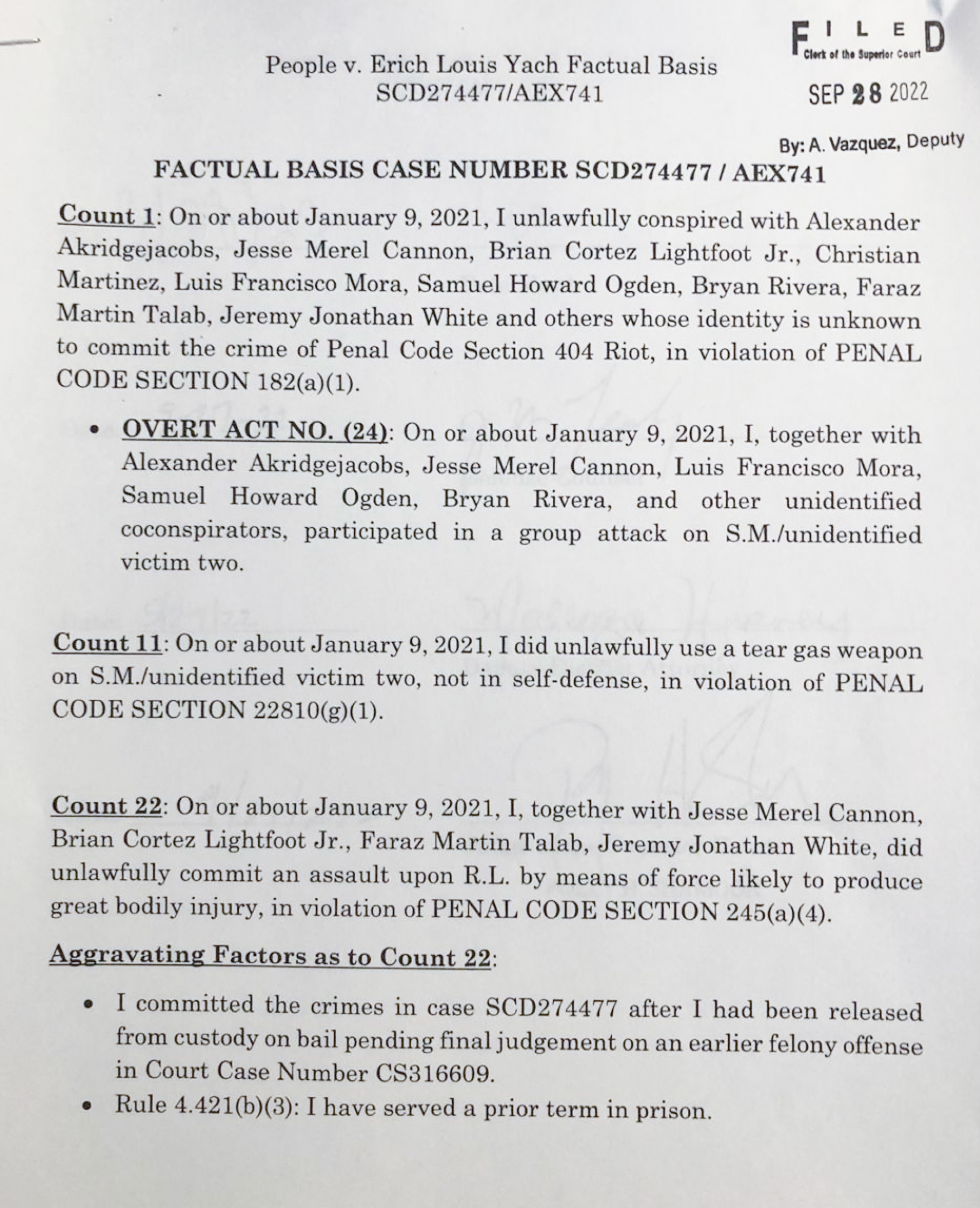 Before a secret grand jury earlier this year, San Diego County prosecutors showed video evidence of Yach during the riot. Yach wore a red and black jacket, and hid her face with a mask and sunglasses.

Yach also pleaded guilty to unlawfully using tear gas as a weapon, and working with four other named Antifa rioters to assault another victim “by means of force likely to produce great bodily injury.” 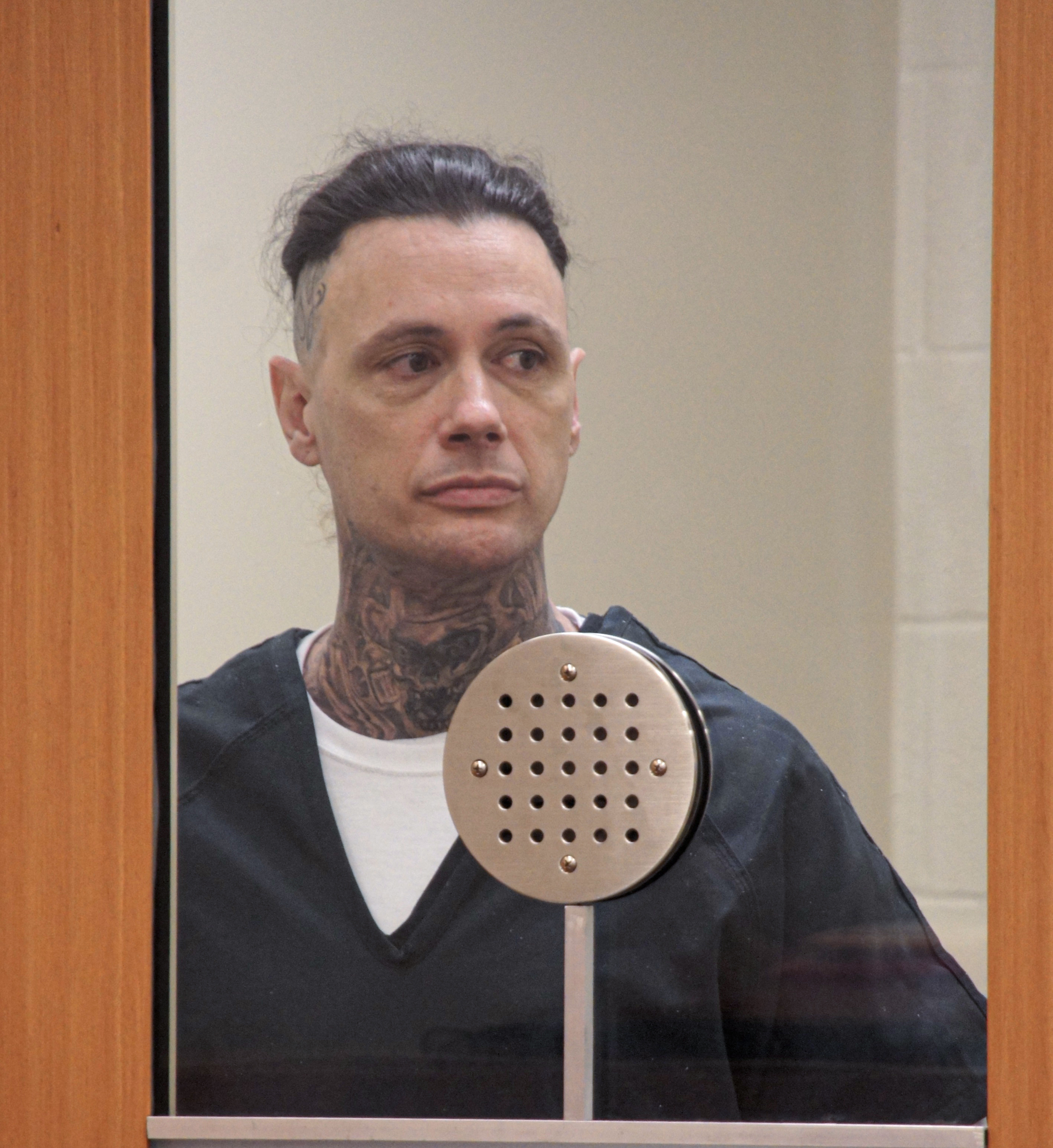 In recent court hearings, Yach appeared in person aided by the use of a walking cane. If Yach had been convicted of all charges in the Antifa riot indictment, she could have gotten 16 years in prison just from the special allegation that she committed 8 new felonies while out on bail for a previous felony. 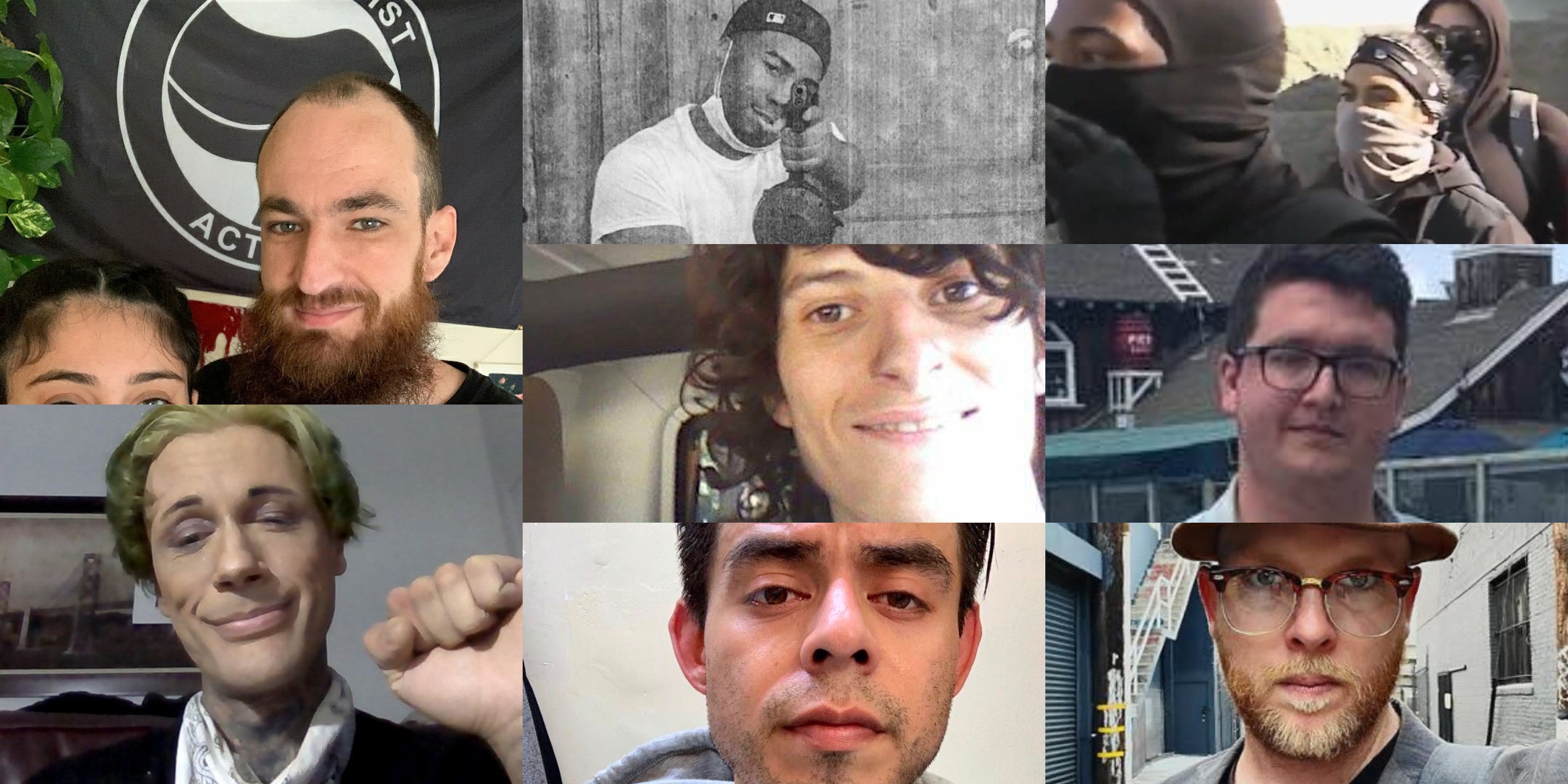 Yach is the only one currently held in custody of the 11 total Antifa defendants in San Diego. The others bailed out in December 2021 using funds from far-left groups. Yach’s sentencing date is set for November 10. She is expected to be sentenced to four years and eight months in prison, with credit for time served.