Andy Ngo responds: Twitter punishes you for telling the truth

I’m now back on Twitter, but only because I was forced to accept that on this platform, a journalist will be punished for telling the truth. 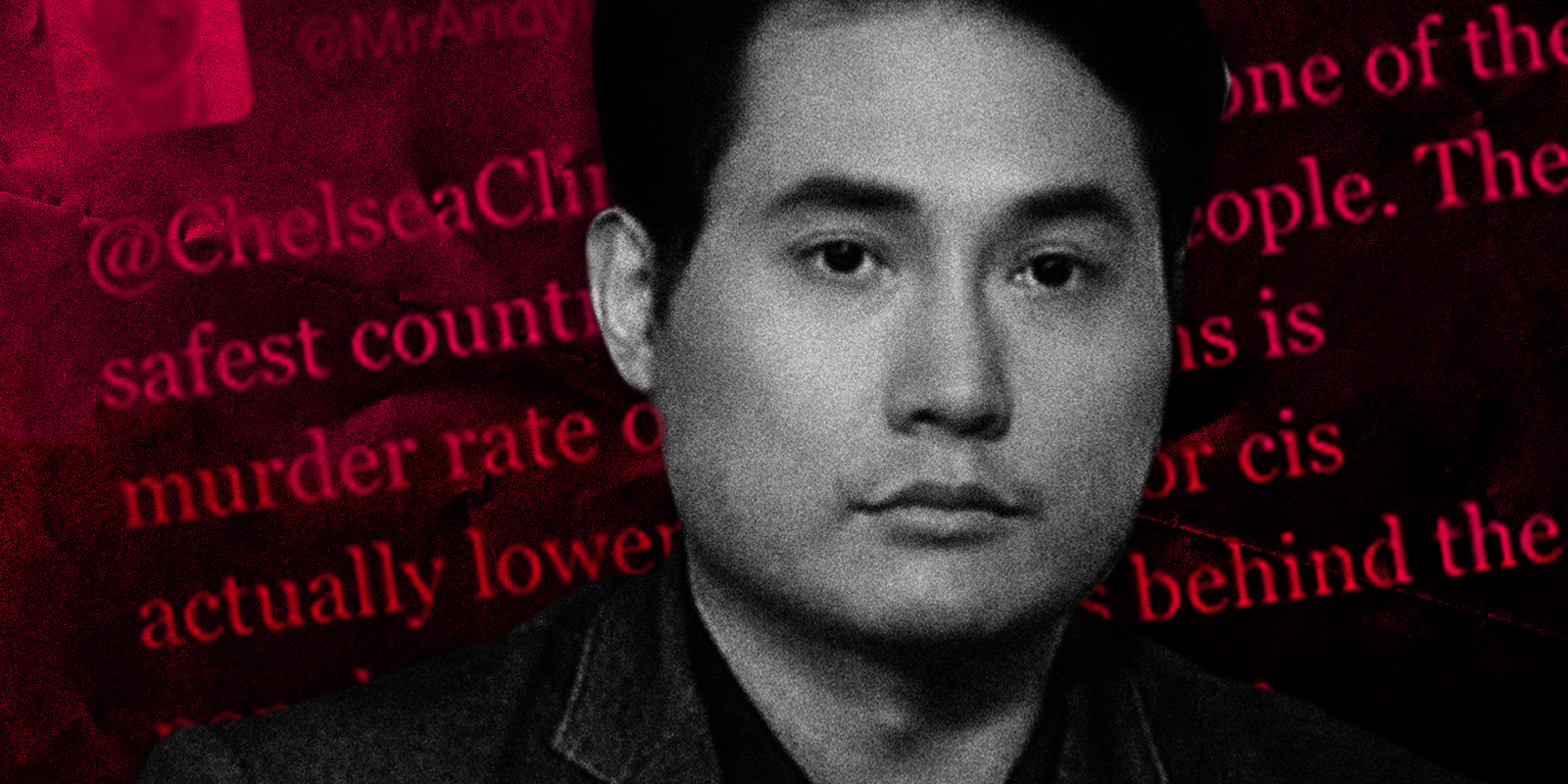 On “Trans Day of Remembrance” this year, numerous politicians and celebrities used the occasion to virtue signal on social media. They repeated the claim-turned-mantra from LBGT activist groups that there is an “epidemic” of trans homicides motivated by transphobia and racism in the U.S.

Chelsea Clinton, doing what the Clintons do best, weighed"> in vapidly on Nov. 20: “Since 2013, more than 150 trans people have been murdered in the U.S., the majority Black transgender women. On #TDoR2019, we remember and honor the lives lost, hold their loved ones in our hearts and must commit to doing all we can to end this epidemic of violence and hate.”

Though the sentiment is valid, the claim she repeats is not. There is no “epidemic” of violent homicides against trans people in the U.S. How do I know? From data released by the Human Rights Campaign and the Federal Bureau of Investigation.

I responded to Ms. Clinton: “The U.S. is one of the safest countries for trans people. The murder rate of trans victims is actually lower than that for cis population. Also, who is behind the murders? Mostly black men.”

Five days later, I was informed by Twitter that I had violated its policy against “hateful conduct.” For stating a verifiable empirical claim, Twitter determined that I “promote violence against, threaten or harass other people” based on protected characteristics. I was given the option of deleting the tweet and facing a timed suspension, or appealing the decision while remaining indefinitely locked out of the platform. I chose the latter option.

My appeal was rejected.

Twitter’s decision to force me to accept a false reality in order to use its platform is chilling to those who value truth above dogma, as uncomfortable as the truth may be. The dogma of our day is the trans ideology—an authoritarian worldview replete with science and evidence denial. Among many things, it claims that sex is a construct and that trans people are being hunted down across America

So far this year, there were 22 homicides in the U.S. where trans or gender non-conforming people were victims. That number has held relatively steady since the HRC, America’s largest LGBT lobbying group, started releasing annual reports four years ago. According to the HRC, there were 26 homicides in 2018, 29 in 2017, 23 in 2016 and 21 in 2015. The HRC provides the most comprehensive data set for trans homicides in the country. The FBI does not release numbers of trans people who are killed.

Though every homicide is a tragedy and victims are due justice, lying about the scale is politically exploitative and reckless. It prevents the public from accessing real problems honestly in order to advocate for real solutions. Worst of all, it harms the very people who need protection.

The average homicide rate of cis males in the U.S. is around seven per 100,000 from 2015–2018, according to FBI figures. The rate for cis females during this timeframe is 1.9. The rate for trans homicides since the HRC began tracking in 2015? About 1.7. (This rate was calculated based on the 2016 UCLA Williams Institute estimate of there being about 1.7m trans adults in the U.S.)

For a developed country, the U.S. has high homicide rates. That is undisputed. But if the rates of cis men being killed isn’t spoken about as an “epidemic,” then neither should the rates for trans homicides, which is significantly lower compared to the cis population.

And while much attention is focused on the victims being mostly black trans women, no attention is given to the fact that the majority of known homicide suspects and convicts are also black. This intra-racial violence is consistent with other homicides in the U.S.

Additionally, there is no evidence to support the narrative that trans people are being killed because they are trans. The overwhelming majority of trans homicides involve victims being killed in the course of high-risk behaviours like street prostitution and drug dealing. Cis women and cis men involved in these activities face similar risks.

While it may feel good to earn praise by hiding uncomfortable truths, those who ultimately suffer in this instance are trans people themselves. They are told to fear people around them, that they could be killed at any moment and are helpless in the face of omnipresent hatred. This is not compassion or empowerment.

I’m now back on Twitter, but only because I was forced to accept that on this platform, a journalist will be punished for telling the truth.