An annual snowball fight held at the University of British Columbia has been postponed due to a bombardment of snow. 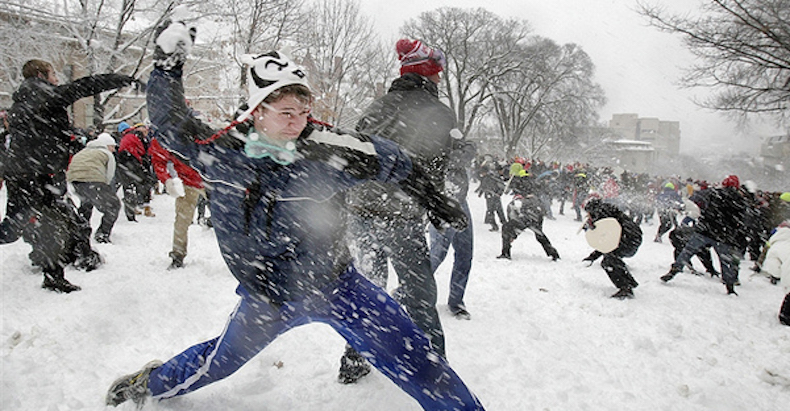 An annual snowball fight held at the University of British Columbia has been postponed due to a bombardment of snow, according to CTV. Unfortunately, a snowstorm has forced the organizers to move the event to Thursday at 12:30 p.m., according to a recent Facebook post.

UBC’s Point Grey campus had classes cancelled as well as other post-secondary schools in the area as a result of the storm.

The snowball fight known at the “Serious Snowy Showdown” will take place at the Main Mall between the Sauder and chemistry buildings on Thursday.

“Whether you breezed through syllabus week, took an extended vacation or are already submitting papers—we think it’s time for a break between classes. What better way to celebrate an early snowfall than one of our favourite campus traditions!”

Organizers are expecting thousands to show up for the “ultimate battle,” and joked on their Facebook event that this will be the perfect opportunity to “rally against that person in lecture who states things in the form of questions, provide some payback for the friend that ‘forgot’ your secret Santa gift or stand up to the roommates that stole your leftovers from the fridge.”

Tomorrow at 12:15 p.m. all who want to partake are asked to line-up on either side of the Mall. The next 15 minutes are for making your ammunition, and the first snowballs fly at 12:30.