A BLM activist and alleged arsonist charged for reckless burning in the second degree had reported a fire set in Washington and then filmed his subsequent arrest. 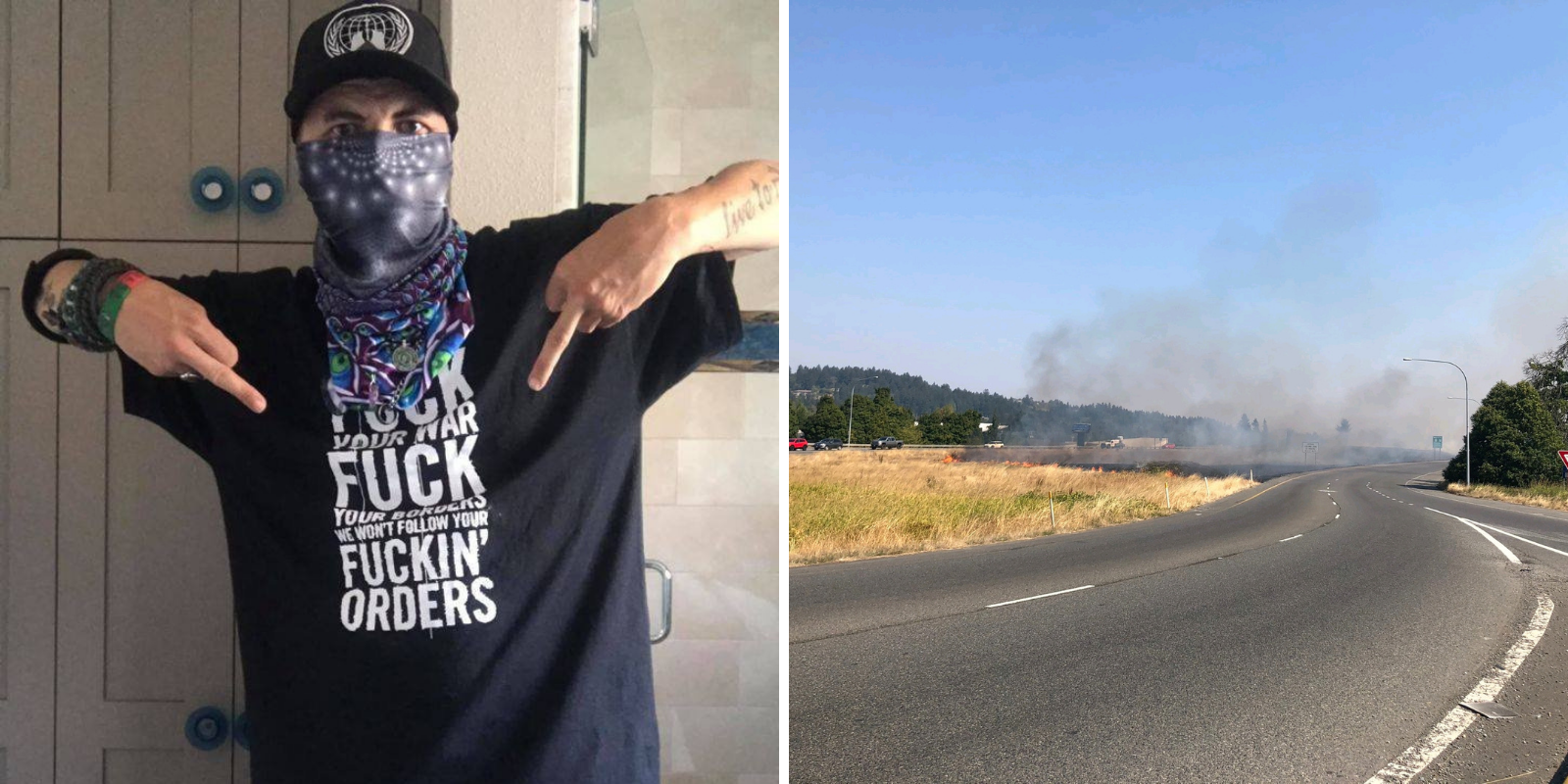 A BLM activist and alleged arsonist charged for reckless burning in the second degree had reported a fire set in Washington and then filmed his subsequent arrest.

Jeffrey Acord, 36 of Puyallup, called 911 Wednesday evening to report a fire in the median of Highway 167 near Tacoma, Washington. After dialing dispatch services, Acord then livestreamed the incident to his Facebook page, providing constant narration.

According to Q13 Fox, Washington State Patrol Trooper Ryan Burke reported that a man was caught setting a fire in the brush. State patrol also sourced a woman who cited a man walking on the highway in Sumner holding a lighter.

When an officer questioned Acord's presence, the suspect claimed that he was recovering his $1,000 recording equipment, because the camera case allegedly flew out of his backpack while biking the previous day to his girlfriend's place in Bellevue.

"I've been out here all day searching for my camera," Acord told police, also noting the loss of his camera bag on the freeway in a prior Facebook post. "I'm trying to cover the area thoroughly."

Acord was then arrested for implicating himself at the scene of the fire.

"There's nothing you can connect to me to this at all," Acord stated before the video cut out. "I was literally calling this in."

The fire was contained to the interstate and extinguished by the local fire department. Puyallup Police were forced to close the northbound ramp.

Acord was detained with bail set at $1,000 and then transferred from the Puyallup City Jail to the Pierce County Jail where he was booked under a separate burglary charge.

Reckless burning in the second degree is a gross misdemeanor punishable by up to 364 days in jail.

The Post Millennial researched Acord's history of anti-police protesting and encounters with law enforcement. In June, Acord led a Black Lives Matter march in Seattle. Previously in 2014, Acord was caught with a cache of weapons and arrested during the Ferguson Decision Protest. Officers found the man carrying a 7-inch knife in his backpack, a box of ammunition, an assault rifle, a shotgun, and a box full of illegal fireworks in his car, according to a KOMO news report. When officers contacted Acord, he admitted to carrying a loaded gun without a permit. His bail was set for $10,000. The following charges were levelled against him.

Acord attempted to justify the 2014 case as "a misunderstanding" to arresting officers in Wednesday's camera footage.

"I was crucified," Acord said to police.

Sources told Protester Privilege that Acord is now a suspect in two other local fires. As of Thursday morning, the Sumner Grade Fire in Sumner, that destroyed four homes, and Bonney Lake has burned more than 800 acres.

The unprecedented fires raging in Washington State have become a seasonal norm but some suspect arson because of the locations of the smaller fires in suburban neighborhoods and in proximity to interstate highways. Residents of Bonney Lake told Kiro 7 news that they found broken glass with newspaper in the brush.

Ari Hoffman contributed to this report.

An earlier version of this article included a tweet that expressed unproven speculation regarding the cause of the wildfires. The tweet was removed.