Jason Charter was arrested in Washington by federal law enforcement; he's being called a "ringleader" of the recent attempt to destroy a statue of Andrew Jackson. 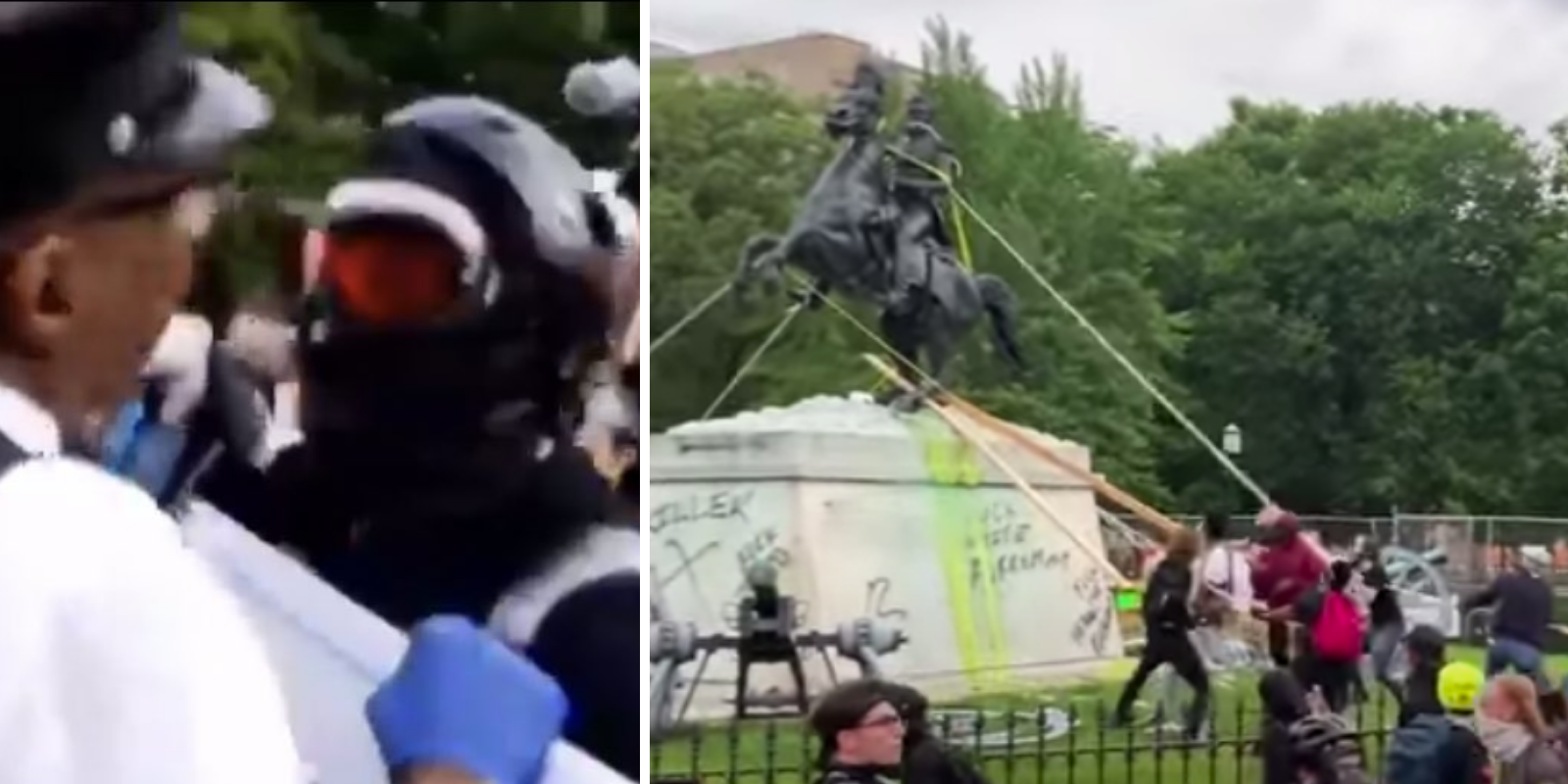 A known Antifa militant was arrested in Washington on Thursday night by federal law enforcement and he's being called a "ringleader" of the recent attempt to destroy a statue of Andrew Jackson.

The statue is located in Lafayette Square, close to the White House and a large group of protestors attempted to pull it down on the night of June 22.

On Thursday morning, Jason Charter was arrested at his residence without incident and subsequently charged with destruction of federal property. Law enforcement believes that Charter has ties to Antifa and that he played a leadership role on the night of June 22. In fact, Charter is a self-proclaimed Antifa activist.

“They were very organized,” said one federal law enforcement official. “Charter was on top of the statue and directing people ... they had acid, chisels, straps and a human chain preventing police from getting to the statue.”

Charter is expected to make a virtual appearance in US District Court in Washington on Thursday.

The Andrew Jackson statue is the target of some protestors who feel the monument is offensive because Jackson was a slave owner.

These arrests follow the executive order that was signed by President Trump on June 24 that was brought in to ensure the protection of statues, monuments and other federal property. Charter could face up to ten years in prison.

US President Trump tweeted “I just had the privilege of signing a very strong Executive Order protecting American Monuments, Memorials and Statues- and combating recent Criminal Violence. Long prison terms for these lawless acts against our Great Country.”

Charter is also at the centre of another incident where he was caught on video assaulting journalist Jack Posobiec. Posobiec is pressing charges.