A Portland antifa militant wanted for the assault of an elderly driver has been arrested after being on the run for months. 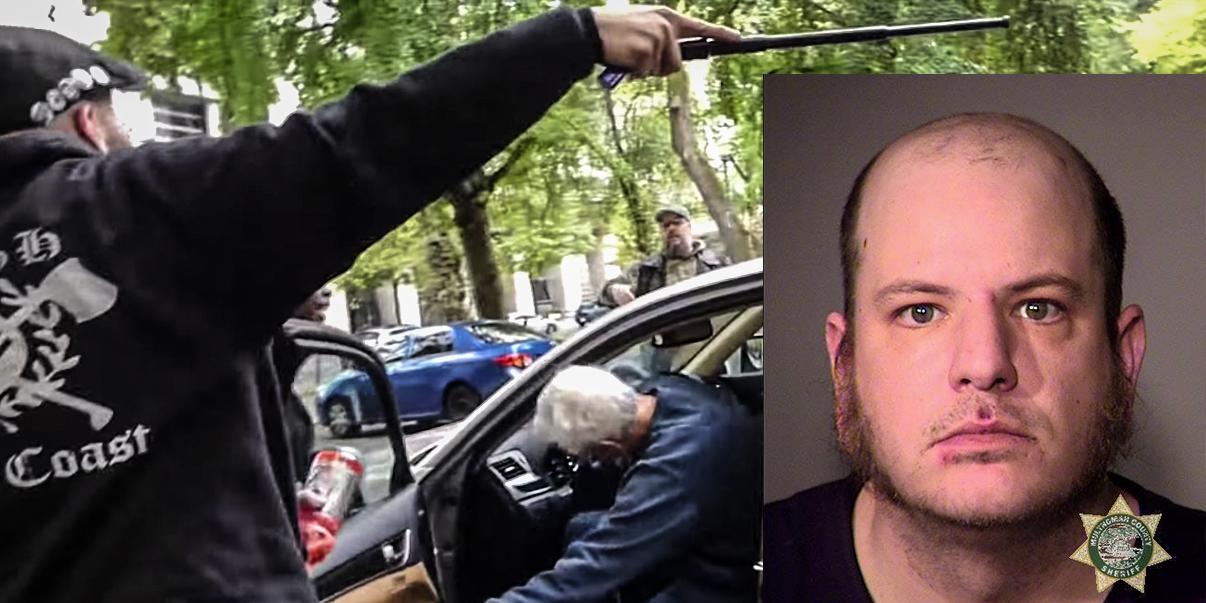 This story has been updated from the original.

A Portland antifa militant wanted for the assault of an elderly driver has been arrested after being on the run for months.

Shaun Clancy, 37, was arrested on Wednesday by Portland Police on an outstanding felony warrant stemming from a violent Black Lives Matter protest last year. On Oct. 6, 2018, Clancy was allegedly part of a far-left mob who shut down a street in downtown Portland and attacked an elderly driver.

Viral video recorded at the time showed a mob kicking and chasing a silver sedan being driven slowly by 74-year-old Kent Houser. Police identified Clancy as one of the individuals who struck Mr. Houser’s car with a metal baton after he was shoved inside. Damages to his car required thousands of dollars in repairs.

At the time of the arrest on Wednesday, police found and charged Clancy with carrying concealed weapons. Police confiscated a stun gun with an antifa sticker, as well as brass knuckles. Clancy was also charged with criminal mischief in the first degree, relating to the attack on Mr. Houser last year.

Before moving to Portland, Clancy lived in Fla. and Pa. The suspect identifies as non-binary and has been involved in extreme antifa activities for at least two decades. On social media, Clancy encouraged fellow comrades to bring weapons to protests. He is also a member of the Red and Anarchist Skinheads, a violent organization involved in street hooliganism and training militants to fight.

In 2012, the New York Times profiled Clancy in a story about the youth vote. Clancy had dropped out of a theater program in college and was on unemployment benefits.

Clancy said during the jail intake that they currently work as a bouncer at Belmont’s Inn, a bar, and Desire, a strip club.

In an interview with The Post Millennial, Mr. Houser, now 75, said he was unaware of Clancy’s arrest. He says no one else has been held accountable for the attack until now.

“I get emotional thinking about and reliving this,” he says. “I tried looking for a police officer. There were none in sight.” Portland mayor Ted Wheeler and the police were heavily criticized at the time for seemingly allowing violent protesters to shut down the streets in an unpermitted demonstration.

After Houser was attacked, the protesters then occupied a busy downtown intersection where they again stopped traffic. Viral video recorded at the scene showed cars being hit and drivers subject to racial slurs.

Since 2016, there have been around two-dozen left-wing and right-wing protests that devolved into riots in the Portland area. Antifa groups have been responsible for the most violent attacks on citizens, property and law enforcement.

Mr. Houser says that to date, he has not heard from the mayor. “What are you doing to protect the people of this city?” he asks. “You’ve been a total disgrace.” Mr. Houser was also subjected to a doxing campaign last year by Portland’s Resistance, an antifa group whose"> leader is chummy with the mayor.