Antifa and Black Lives Matter-affiliated "youth abolitionist" organizers are coordinating J25, a multi-city event of rioting, chaos, and violence, under the banner of protest. 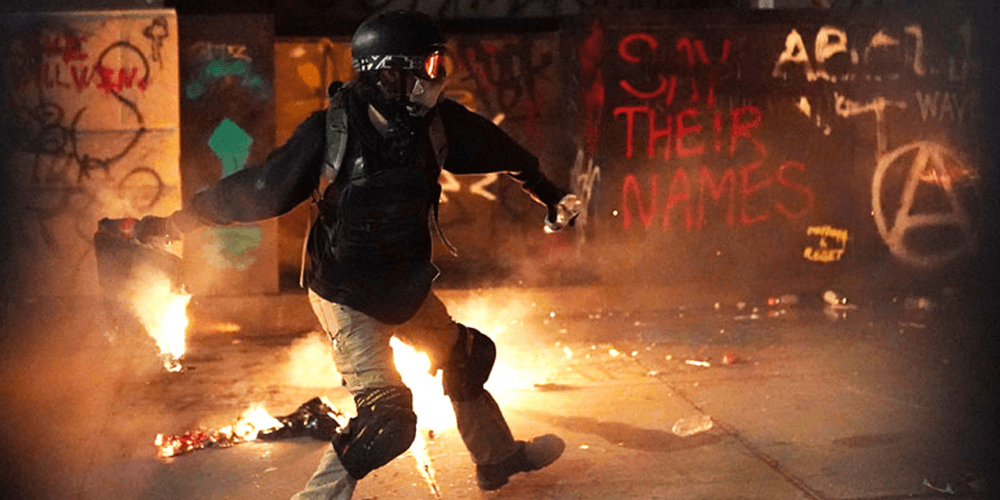 Antifa and Black Lives Matter-affiliated "youth abolitionist" organizers are coordinating J25, a multi-city event of rioting, chaos, and violence, under the banner of protest.

The Pacific Northwest Youth Liberation Front (PNW) has put out calls for activists, agitators, and rioters to organize and take part wherever they are. These calls have been taken up by Antifa affiliated groups across the country as a show of solidarity with insurgents in Portland against the "federal invasion."

"This call to action comes right after Trump has announced he will be sending the federal troops that have been occupying Portland, Oregon, all across the nation. The Federal Government has already waged war against Portland, which has been protesting everyday for 50 days straight, and now feds are going to war against protesters everywhere in an attempt to take control and snuff out the fire of this uprising."

Militants are advised to "bring a buddy, wear black, make some noise," and that there are "no peace police."

Antifa organizers write: "The time for discussing reform is over, we need full abolition for our communities to be safe and free from rampant police terror."

"Happening anywhere and everywhere, organize an action if there isn’t one in your area! July 25th: Call for a Day of action in solidarity with Portland & against the Federal invasion. Youth abolitionists are calling for a national and global march against the institution of policing."

"We are calling on all abolitionists, youth or non youth, to coordinate mass protests on July 25th to show the world that the fire of this uprising is still burning strong, and that flames will just keep getting bigger until the police state has been dismantled once and for all."

"We must become more powerful than them. Form an affinity group. Coordinate an action. Get tactical. Mask up. Bring a friend. Show up."

The call that went out on social media is for "revolutionary abolition" and "solidarity" for violence in American cities.

Instructions went out to those who plan to join Antifa in direct action. "For the new folks who may not have been out in the past 50+ days to learn this, walk DO NOT run and stay with the group at the frontline, too many geared up comrades abandon the frontlines with the first gas canister. Staying tight, mobile, and coordinated is [one] of the best tools."

"Furthermore, if you run [aimlessly] and scatter you can trample people, cause panic, and cause a massive group split. This sh** is scary, but it's important to remain calm and aware of your surroundings.

The New York Times claims that Antifa doesn't exist. They claim that the arrest records do not indicate Antifa involvement. Yet Antifa calls for action are very real, and they are coming, today, for a city near you.

While The New York Times, Vox and other mainstream media outlets declare that Antifa is a fiction perpetrated by the Trump administration, insurgents across the country organize a nationwide uprising against law enforcement.