Arizona Gov. says he will send the National Guard to the border, 'We’re going to use every tool, authority and resource that we have'

"The border is traditionally a federal issue and a federal focus. The Biden White House has ignored the situation at the border in Arizona and across the southern US." 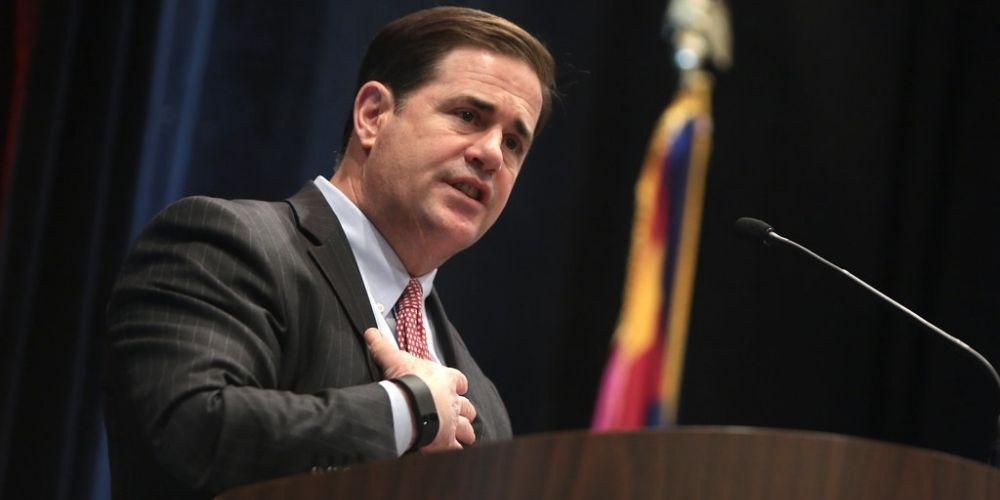 Arizona Republican Governor Doug Ducey said Thursday that he is considering calling up the National Guard in response to the inaction of the Biden administration to the surge at the southern border. "The border is traditionally a federal issue and a federal focus. The Biden White House has ignored the situation at the border in Arizona and across the southern US."

Ducey made the comments during the introduction of Brigadier General Kerry Muehlenbeck as the first woman to lead the Arizona National Guard. Ducey outlined his plan to station the Arizona National Guard on the state’s southern border to help handle the rise in Border Patrol apprehensions, and he wants the federal government to pay for it. "So we have options as a state of course. We are working with ranchers, border sheriffs, leaders at the county level. I plan to talk with the President on what their next steps will be. But the National Guard will be part of the solution. We will have action taken."

“We are going to use every tool, authority and resource that we have to be successful on the Southern Border. We need to work in partnership with the federal government, but Arizona is going to act regardless.”

Ducey is planning on using the National Guard in a support role to assist federal and county partners as they deal with the illegal migrants attempting to enter into the United States.

The Governor also criticized President Joe Biden’s choice of Vice President Kamala Harris to be the point person on border issues. "Vice President Harris has equated ICE with the KKK," said Ducey referencing comments made by then Santor Harris during a Senate confirmation hearing in 2018 for Ronald Vitiello, President Donald Trump’s nominee to head ICE.

Customs Enforcement and Border Protection apprehended 172,000 migrants at the Southwest border in March, the most in 15 years. Of those apprehended, 19,000 were unaccompanied migrant children and teenagers, the most ever in a single month on record.