This request was denied by Maricopa County Superior Court Judge Timothy Ryan, who did not see evidence of people being denied the right to cast their ballot. 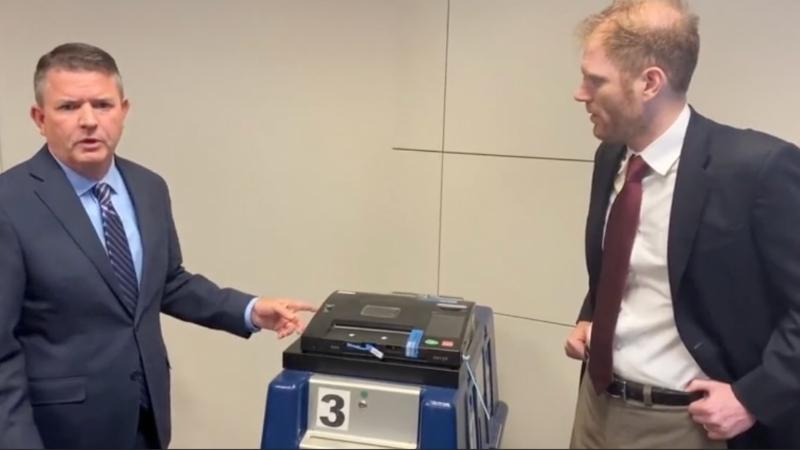 Olivia Rondeau
Nov 9, 2022 minute read
ADVERTISEMENT
ADVERTISEMENT
A judge in Arizona's largest county rejected the Republican Party's request to extend the voting hours from 7 pm to 10 pm after at least 20 percent of the jurisdiction's voting machines were found to be malfunctional.

As residents of Maricopa County – which was previously at the epoch of alleged election fraud in 2020 – lined up to cast their ballots in Tuesday's midterm election, many were met with poll workers telling them that the machines were down, and their votes will be recorded somewhere else.

At some polling locations, voters were told to either drop off their ballot, wait for the machines to come back "online," or leave and go to another location.

As precious voting time ran out, poll workers were making announcements that "nothing is working for the last half hour."

Chairman of the County Board of Supervisors Bill Gates and County Recorder Stephen Richer on Tuesday provided an update to Twitter on the  complications their tabulating machines were facing.

"We've got about 20 percent of the locations out there where there's an issue with the tabulator, where some of the ballots that after people have voted them, they try and run them through the tabulator and they're not going through," Gates said.

Gates continued on to say that officials were trying to fix the issue "as quickly as possible," and added that "we also have a redundancy in place."

"If you can't put the ballot in the tabulator, then you can simply place it here, where you see the number three, and this is a secure box where those ballots will be kept for later this evening. We'll bring them in here to central count to tabulate them," said Gates.

Richer said that the redundancy option would function "much like early voting functions," and added that "this is actually what the majority of Arizona counties do on Election Day.

Gates added that if "there were long lines at the location you’re at, or issues with the tabulator, if you would prefer to go to another location you can do that."

As a result of this voting debacle, attorneys for Arizona GOP candidates Kari Lake for governor and Blake Masters for Senate requested that the poll hours be extended by three hours.

This request was denied by Maricopa County Superior Court Judge Timothy Ryan, who did not see evidence of people being denied the right to cast their ballot, reported Daily Mail.

Election officials claimed that the problem with tabulation machines was resolved at 52 of the 60 affected centers.

Despite not being allowed to vote later due to the malfunctioning machines, Trump-endorsed gubernatorial hopeful Lake urged her followers to stay in line as long as they can.

"When we win, first line of action is to restore honesty to Arizona elections," Lake said to her watch party around midnight as ballots continued to be counted.