US District Court Judge Michael Liburdi said it was unconstitutional to prevent monitors from overseeing the delivery of ballots via drop boxes in Arizona. 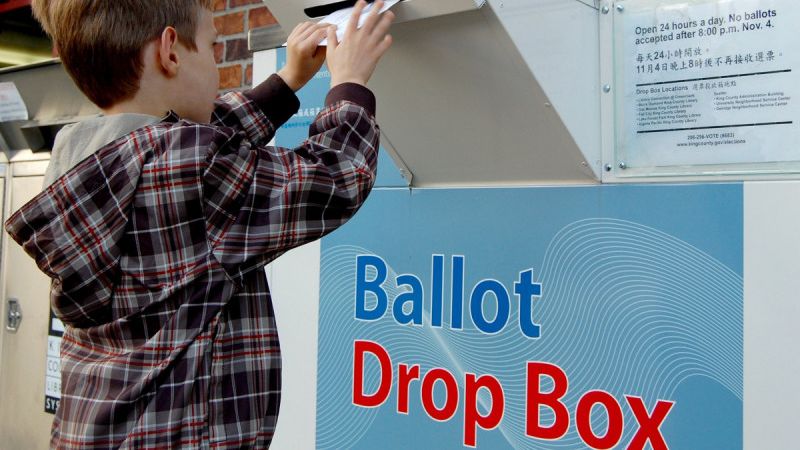 According to AZCentral, Judge Liburdi said it was unconstitutional to prevent monitors from overseeing the delivery of ballots via drop boxes in Arizona.


The injunction request was filed jointly by the progressive groups Arizona Alliance for Retired Americans and Voto Latino against Clean Elections USA, a conservative group that organized to observe ballot drop boxes in Phoenix.

The progressive groups claimed that the founder of Clean Elections USA, Melody Jennings, was responsible for a "campaign of vigilante voter intimidation."

Jennings' lawyer, Veronica Lucero, said an injunction would be too broad and therefore was a violation of her client's rights.

Judge Liburdi said he could not "craft a meaningful form of injunctive relief that does not violate Defendants’ First Amendment rights and those of the drop box observers."

"While there are serious questions implicated, the Court cannot provide preliminary injunctive relief without infringing core constitutional rights, a preliminary injunction cannot issue on these facts, but Arizona Alliance is invited to return to this Court with any new evidence that Defendants have engaged in unlawful voter intimidation," the judge added.

Voto Latino was removed from the suit altogether by the judge as they did not show "any other concrete or particularized injury."

The Arizona Alliance of Retired Americans and Voto Latino said that an injunction wouldn't violate Jennings' constitutional rights because her goal was actually intimidation and not ballot box monitoring and pointed to her social media history as their reasoning.

But Judge Liburdi said that "there's no evidence that they intend to express any understandable message," from Jennings' or Clean Elections USA's posts.

Liburdi added, "The Court acknowledges that Plaintiffs and many voters are legitimately alarmed by the observers filming at the County’s early voting drop boxes. But on this record, Defendants’ conduct does not establish a likelihood of success on the merits that justifies preliminary injunctive relief. Alternatively, while this case certainly presents serious questions, the Court cannot craft an injunction without violating the First Amendment."