15 arrests were made in Montreal when armed anti-Israel protesters attacked peaceful Jewish demonstrators gathered in Dorchester Square last weekend to stand in solidarity with Israel. 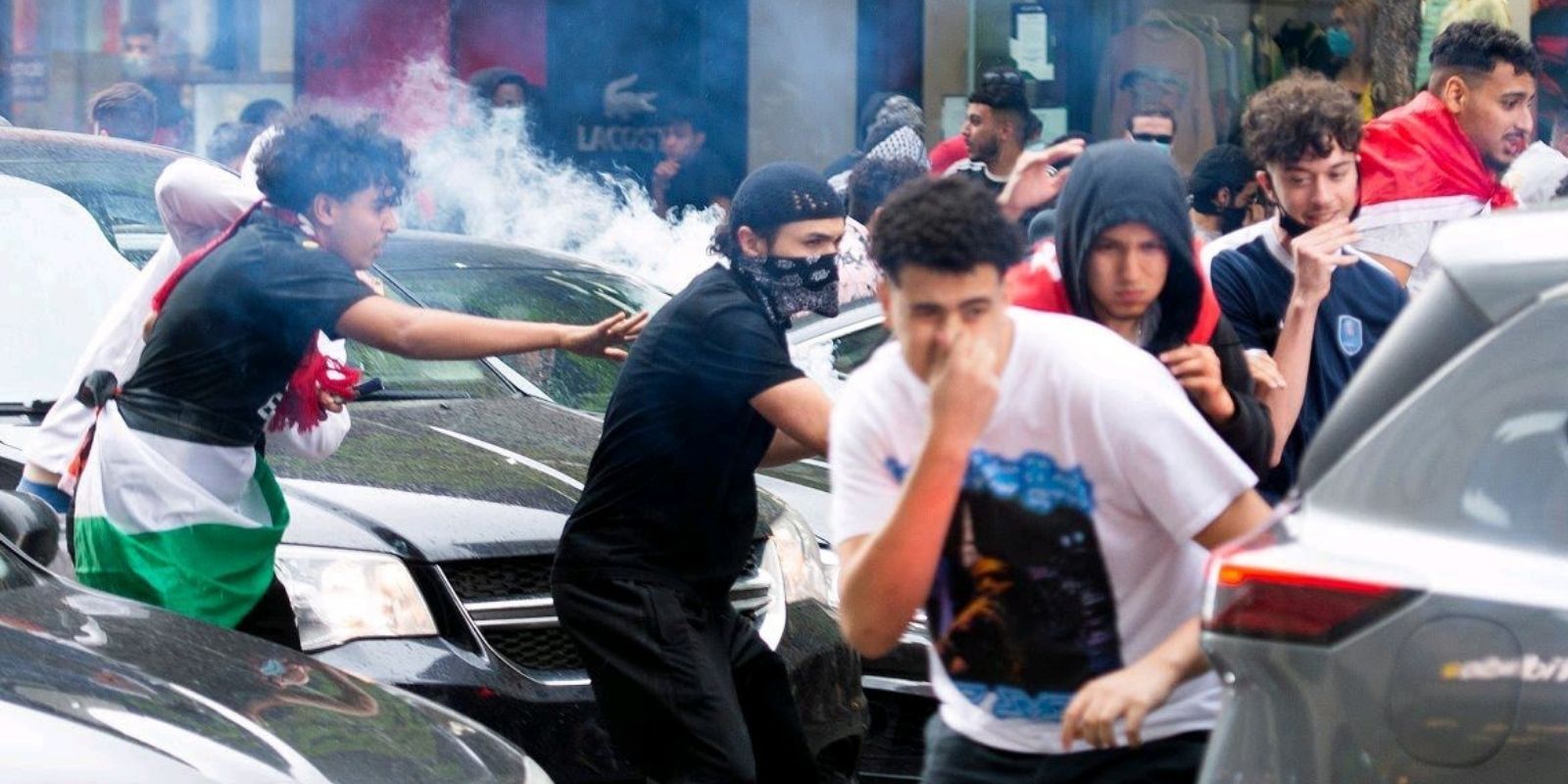 15 arrests were made in Montreal when armed anti-Israel protesters attacked peaceful Jewish demonstrators gathered in Dorchester Square last weekend to stand in solidarity with Israel.

The Jewish demonstrators present were met with physical assaults as antisemitic attacks surface across Canada. The Montreal Police Department seized dangerous weapons from those arrested who were carrying an ax, knives, cayenne pepper, and incendiary devices. Bottles, similar to Molotov cocktails, were also seized.

At least one citizen and three police officers suffered minor injuries, according to law enforcement. At least 15 were arrested for criminal acts, including armed assault, mischief, and obstruction, 76 tickets were issued Sunday when the violence took place in the city center of the metropolis, TVA Nouvelles reported.

"Antisemitism has reached a dangerous tipping point and requires urgent and concerted action at all levels of government. Painful to witness its virulence and violence in my hometown of Montreal," tweeted Raoul Wallenberg Centre for Human Rights founder Irwin Cotler, an international human rights lawyer.

The hour-long rally featured music and brief speeches by community spiritual leaders and ended at 2 p.m. with the singing of the Israeli national anthem.

Many of those in attendance carried large Israeli flags. "We are all just here to support Israel," said one 23-year-old to the Montreal Gazette. The peaceful grassroots gathering was promoted on social media as an Israel solidarity rally, an event that drew hundreds of supporters downtown Sunday afternoon.

Citing video and eyewitness accounts, the Centre for Israel and Jewish Affairs (CIJA) advocacy organization said anti-Israel forces attacked those leaving the rally by throwing rocks at them. One of them was 52-year-old Aaron Simon who said he was hit in the back of the head as he walked along Ste-Catherine St. W.

Simon called the mob "mean, angry" and "enraged." Police had lobbed tear gas canisters at the anti-Israel crowd, forcing the protesters to disperse.