A Texas state representative who fled the state with other Democrats to block the passing of a voting bill has returned to Texas to find a civil warrant signed for his arrest. 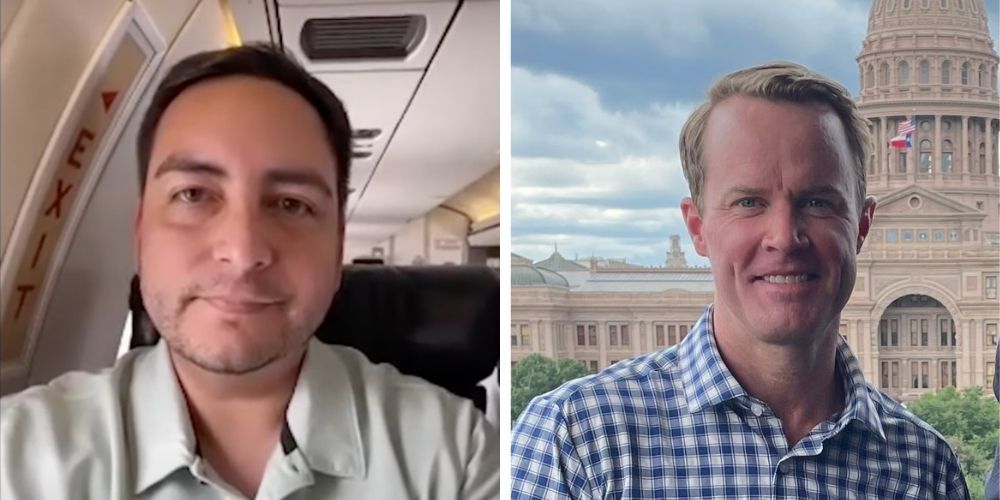 A Texas state representative who fled the state with some 60 other Democrat legislators to block the passing of a voting bill has returned to Texas to find a civil warrant signed for his arrest. Then he went back to DC.

Dade Phelan, the Speaker of the Texas House of Representatives, issued the civil warrant for the arrest of state Rep. Philip Cortez from San Antonio on Sunday, according to the Texas Tribune.

The letter, written to the Sergeant of the House of Representatives in Texas, reads as follows:

"You are hereby commanded to take The Honorable Philip Cortez, a Member of the House of Representatives of the State of Texas, who is now absent from the House, wherever said Member may be found in the State, into your custody and safekeeping and bring said Member before the bar of the House instanter, this writ being issued under a duly-adopted order of the House pursuant to Article III, Section 10, Texas Constitution, made in exercise of its lawful powers to compel the attendance of absent members in the manner provided under the House Rules of Procedure. Herein fail not, but make due return hereof to this House," states the letter.

According to Article III, Section 10 of the Texas state constitution cited in the warrant, "QUORUM; ADJOURNMENTS FROM DAY TO DAY; COMPELLING ATTENDANCE. Two-thirds of each House shall constitute a quorum to do business, but a smaller number may adjourn from day to day, and compel the attendance of absent members, in such manner and under such penalties as each House may provide."

According to the Texas Tribune, Cortez returned to Austin from Washington last week "in what he said was an attempt to engage in 'good faith dialogue' about House Bill 3, the election legislation. Other Democrats criticized Cortez's move, saying the lawmaker did not first consult with them before returning to Austin."

Cortez returned to Washington on Sunday, stating that talks with lawmakers on the legislation "have not produced progress."

In a statement Monday, Phelan said that Cortez "has irrevocably broken my trust and the trust of this chamber" after the lawmaker "represented to me and his fellow members that he wanted to work on policy and find solutions to bring his colleagues back to Texas."

"As a condition of being granted permission to temporarily leave the House floor, Rep. Cortez promised his House colleagues that he would return," he continued. "Instead, he fled the state."

Cortez was one of 57 Democrats that broke quorum by fleeing Texas to prevent the passing of an election bill in the state. The group intends to stay out of Texas until August 6 passes, which is the last day of the special session.

According to KVUE, when Cortez returned to Washington DC, Texas House Democratic Caucus Chair Chris Turner issued a statement saying, "in the Texas House Democratic Caucus, our unity is our strength. We welcome Rep. Phil Cortez, who is a valued member of our Caucus, back to Washington, D.C. with open arms. All 57 Democrats breaking quorum are just as firm in our commitment to seeing this through until the end as we were the day we left. We are united and unrelenting in our commitment to protect the freedom to vote."