B.C. more in favour of pipeline than ever: Survey

British Columbians are more open to pipelines than ever before. Alberta and B.C. have been at loggerheads with pipeline development in recent years. 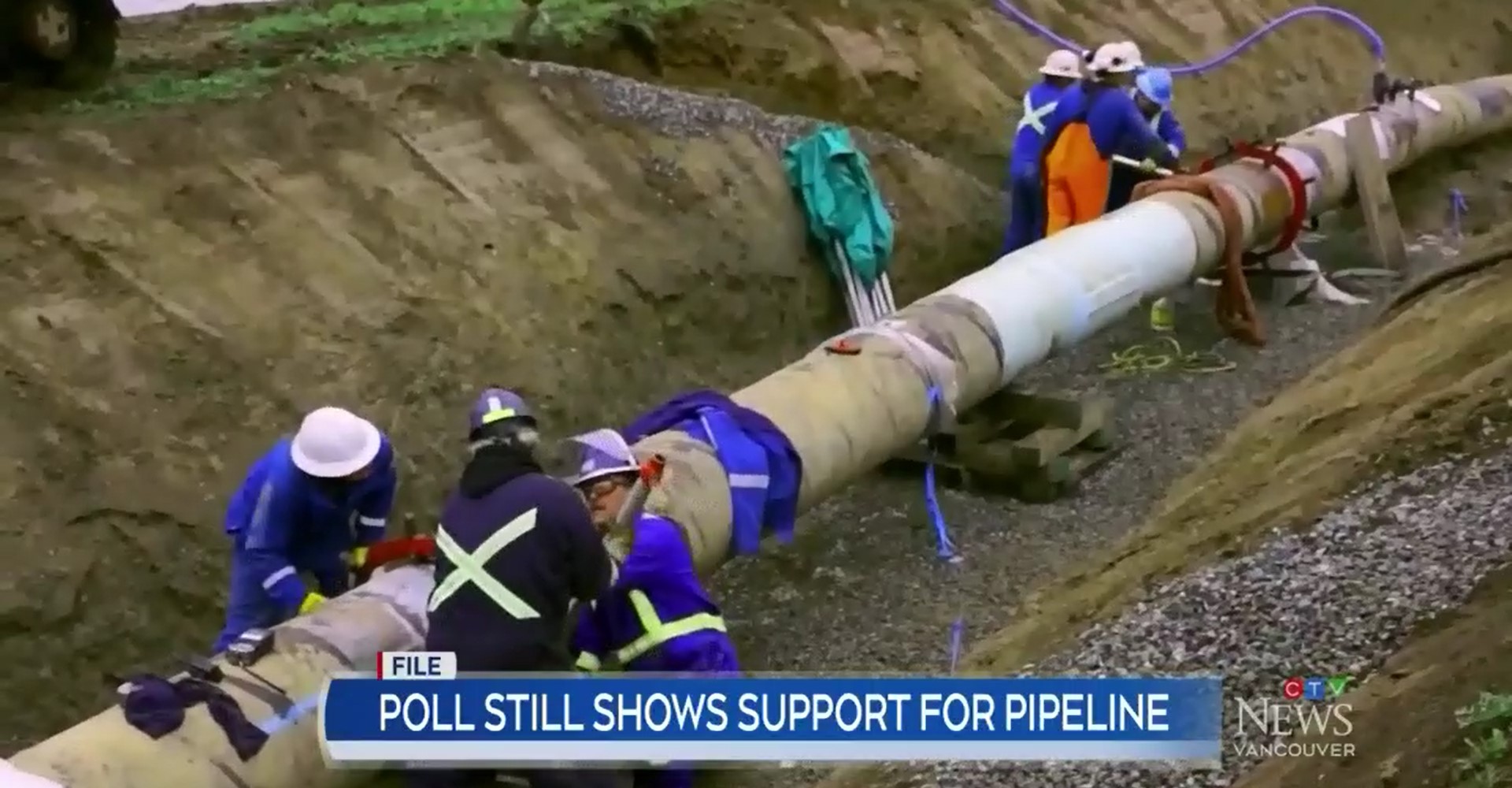 A new survey has found that British Columbians have warmed up to the Trans Mountain pipeline.

“The moment the federal government got involved and started to talk about purchasing the pipeline, it made a lot of residents move from moderate opposition to strong support,” Mario Canseco told CTV News, who serves as the president of Research Co., a Vancouver-based researcher.

The most recent figures by Canesco’s company found that 56 percent of BCers polled agree with the Trudeau government’s move to once again approve the pipeline’s expansion. 35 percent were opposed, with another 10 percent undecided.

The controversial pipeline, which has been in the news cycle for years now, would expand an already made pipeline that currently operates through Edmonton to Burnaby.

The pipeline received the following amount of support by region, as outlined by CTV:

• 49 per cent in Vancouver Island;

Those numbers, Canesco says, are for the most part, the same as previous figures, besides one key area: metro Vancouver.

Support for the pipeline in Vancouver and Vancouver island has increased “dramatically.”

“You go back three years ago and the level of opposition to the project in Vancouver Island was sky-high, and the numbers in Metro Vancouver were similar,”  said Canesco.

Canesco went on to say that the shift in attitude could mainly be attributed to the Trudeau government’s purchasing of the pipeline from the U.S.-based Kinder Morgan.

“The moment the federal government got involved, it was more difficult to get that grassroots (environmental activism),” said Canesco.

“Now it’s the federal government saying it’s in the nation’s best interest, and not a company based in Texas.”