Barstool Sports founder Dave Portnoy posted a video earlier this week that basically summed up what many people are thinking when it comes to coronavirus. 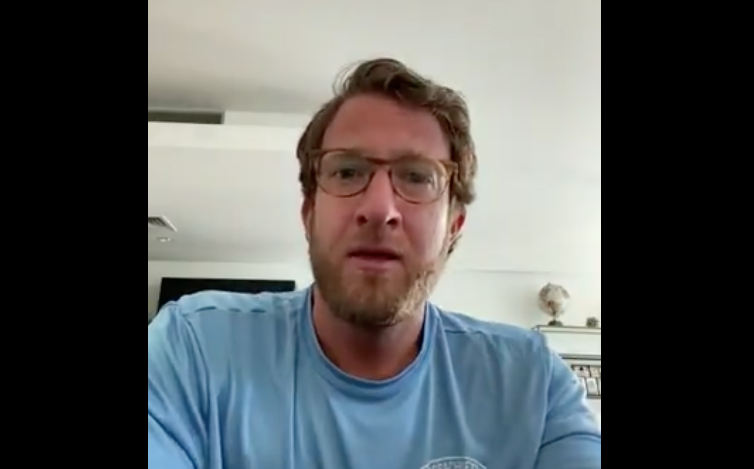 Barstool Sports founder Dave Portnoy posted a video earlier this week that basically summed up what many people are thinking when it comes to coronavirus.

Portnoy began the video with a warning that some people were not going to like what he had to say, but "we'll see where this one [the video] lands."

He goes on to talk about Fauci's comment that if we do not find a cure, then many more people could die. But Fauci also said that “there’s no guarantee that the vaccine is actually going to be effective.”

Portnoy raised the point that a cure may never become a reality. He pointed to cancer and AIDS treatments, and how long it has taken to develop treatments for these illnesses, much less a full cure (which has not yet been developed).

Portnoy addresses the fact that people who own businesses cannot be expected to wait this out until everything gets better. People who have worked their entire life, "grinding their fingers to the bone," are at risk of losing everything they have worked for, and the cost-benefit just does not pan out.

"If you told me, because  of corona, I lost Barstool and I had to get a 9-to-5 and start fucking over, I'd rather die of corona, seriously. Or at least take my chances." Portnoy qualified the point by saying not everyone is going to think this way, but they are can "stay inside."

And many people have had strong opinions on the video.

Portnoy was sent an email from Forbes, effectively saying his video did not include enough "nuance" when it came to the criticism of Fauci and that they just wanted to clarify before they pushed out a piece about it. Portnoy brilliantly responded by asking if this was a question or notification of an incoming hit piece.

And it was shortly after this email that Forbes published the hit piece, entitled "Here’s What Barstool’s Dave Portnoy Gets Wrong In His Rant About Coronavirus Restrictions."

Elon Musk also commented on the video, suggesting Portnoy even run for office, saying those who currently run our country should be "tarred, feathered, & thrown out of town."

Musk has been heavily criticized recently for threatening to move his Tesla HQ to Texas since California shows no sign of opening anytime soon. Joe Rogan has also expressed the same sentiment.

There have also been unhinged responses to Portnoy's video, such as this one from actor, Tom Arnold.

The government has not been clear on what needs to happen in order for the country to return back to normal, and the idea of waiting to find a cure is unrealistic to many people.