Musk responded to the preposterous article by saying that the outlet is "always good for a laugh." 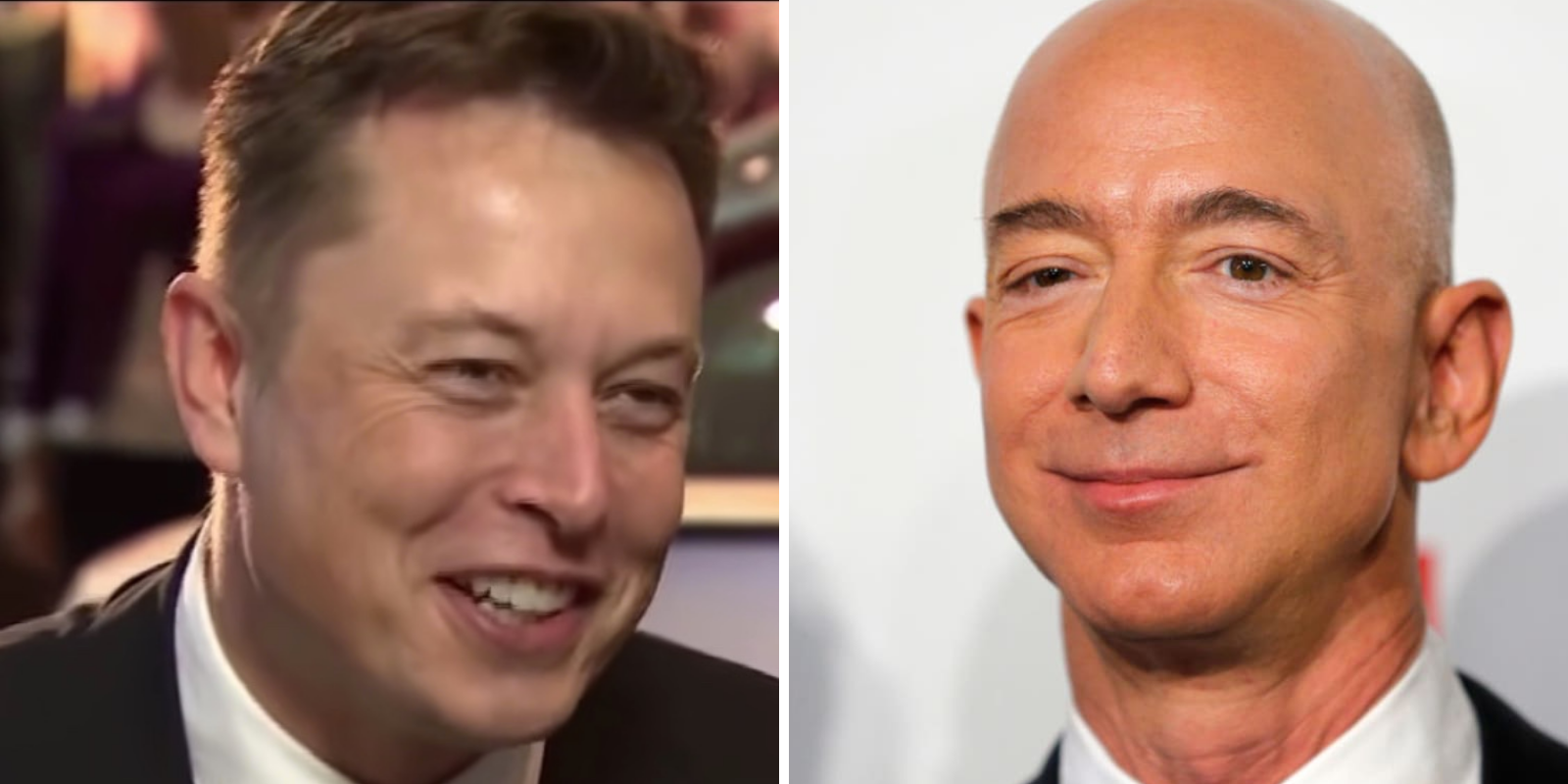 Elon Musk bought a 9.2-percent stake in Twitter, and the Washington Post essentially freaked out, publishing an article claiming that having the richest man in the world as a partial owner of a social media platform as influential as Twitter could spell trouble for free speech. Musk responded to the preposterous article by saying that the outlet is "always good for a laugh."

Jeff Bezos was the richest man in the world, also a tech billionaire like Musk, when he bought the Washington Post in 2013. When Bezos made the buy, he became sole owner of the legacy news outlet.

The Washington Post was Washington's "leading newspaper," the WaPo reported at the time, "and a powerful force in shaping the nation’s politics and policy."

Twitter continues as a public company after Musk's stock buy, but when Bezos bought WaPo, he took the company private. This meant that the Washington Post did "not have to report quarterly earnings to shareholders or be subjected to investors’ demands for ever-rising profits."

The Washington Post reported at the time that this meant Bezos would "be able to experiment with the paper without the pressure of showing an immediate return on any investment."

Bezos' buy of WaPo was touted as a good thing, for the paper, for the industry, for the employees, and for Bezos himself. Not so Musk.

"Elon Musk just bought a $3 billion stake in Twitter Inc., because when you’re the world's richest human you can toss billions around like poker chips," Bloomberg's Timothy L. O'Brien Timothy L. O'Brien wrote in the column that first appeared in Bloomberg, owned by billionaire Mike Bloomberg. Musk is a large shareholder, but far from the owner of the company itself.

He slammed Musk's seemingly lackadaisical attitude, noting that when Musk appeared on Joe Rogan's podcast, he "pondered the meaning of life while sipping whiskey and smoking weed," as if there's some better time to ponder life's existential questions. Musk has also taken a stand in favor of humanity, having children, and life itself.

O'Brien critiqued Musk's stance as a "free speech absolutist." This in a newspaper for which the motto is "democracy dies in darkness." He further claims that it's "not clear why Twitter is his target." It's unclear how O'Brien could be unclear on that, since Musk is a free speech absolutist, and Twitter is an essential platform that the CEO of said platform has stated does not have an obligation to free speech.

It's Musk's business dealings that O'Brien is taking issue with, and his tweets. WaPo doesn't like that Musk has compared Canadian PM Justin Trudeau to other historical tyrants, supported the concept of biological sex over gender identity, or that his tweets have the power to move stock markets. After Musk's ownership stake in Twitter was announced, Twitter's stock price jumped 23 percent.

The claim goes further to say that Musk is a "free speech absolutist who isn’t absolutely in favor of free speech," and that he's likely not in the Twitter business for the money, but to make a point. It's his money, and his motivation, that are at issue for the Washington Post here.

Bezos was given the benefit of the doubt when he purchased the Post. In an interview at the time, he "called The Post "an important institution" and expressed optimism about its future. "I don't want to imply that I have a worked-out plan," he said. "This will be uncharted terrain, and it will require experimentation."

"There would be change with or without new ownership," Bezos said at the time. "But the key thing I hope people will take away from this is that the values of The Post do not need changing. The duty of the paper is to the readers, not the owners."

Musk has been a vocal critic of Twitter for some time. He's watched as users were suspended and censored on the platform. He's seen the Twitter administration shift from Jack Dorsey, the start-up's founder who tried to figure out how to balance free speech with concerns over hacked material, to Parag Agrawal, who does not see a need to uphold the values of free speech.

Musk may be more outspoken than Bezos was at the time of his media buy, but neither his wealth nor his curiosity and penchant for exploration will pose a negative for the company. Indeed, many free speech advocates are looking forward to changes that might be made to make the platform more open, less censorious, and more in keeping with the American ideals with which is was founded.