The Biden administration announced this week that it has sent an undisclosed number of US military personnel to Ukraine, with their sole purpose to inspect American-supplied weapons being used in the country's ongoing war with Russia. 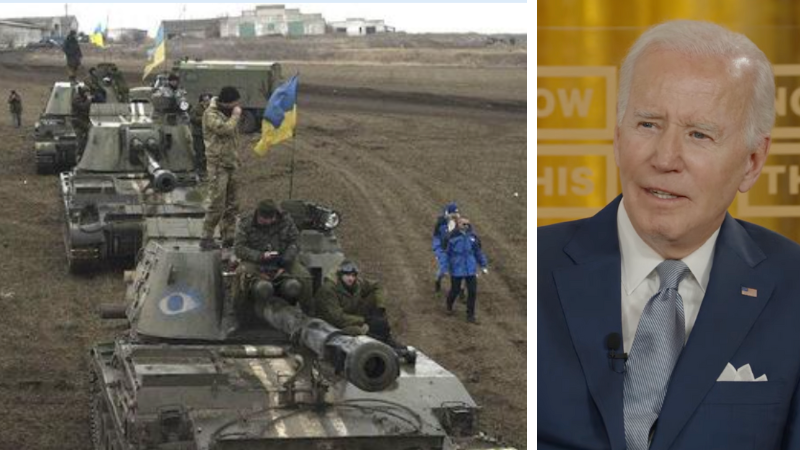 Alex Timothy
Nov 1, 2022 minute read
ADVERTISEMENT
ADVERTISEMENT
The Biden administration announced this week that it has sent an undisclosed number of US military personnel to Ukraine.

It has been reported by The Hill that these personnel will be there solely to inspect American-supplied weapons being used in the country's ongoing war with Russia.

Since Russia invaded Ukraine in February, US military members sent to Ukraine have been providing security to the American embassy in Kyiv. This latest announcement of more troops being sent over has led to concerns that Biden may be seeking to provide a higher level of on the ground support to Ukraine than has been previously pledged.

There has been no mention of how many troops have been sent over at this time, or where they have been placed, leading to concerns that Biden may be breaking his pledge to not send US troops to fight in the war, The Hill reports.

One of the roles of these weapons inspectors would be to determine how much of the US-supplied arms has fallen into the wrong hands. The State Department admitted in a recently released action plan that the main source of weapon loss so far has been due to their capture by Russian forces.

The plan goes on to say that “Wars can provide opportunities for weapons to fall into private hands via theft or illicit sales, sometimes creating black markets for arms that endure for decades,” going on to state that the Balkans Wars in the 1990s were plagued by this very issue.

The sending of US military personnel to Ukraine has some concerned that this could be only the beginning of a bigger deployment to Ukraine.

The Biden administration has committed nearly billions of dollars so far to help Ukraine, and Biden himself has pledged to keep up its support for as long as it takes. This as American families suffer under record-breaking inflation and exorbitant fuel prices. Despite Biden's assertion that the war is responsable for these extremes, inflation has been soaring since his administration took office, long before the Ukranian war with Russia began.