The buy of the drug supply of the drug Nplate is part of "long-standing, ongoing efforts to be better prepared to save lives following radiological and nuclear emergencies." 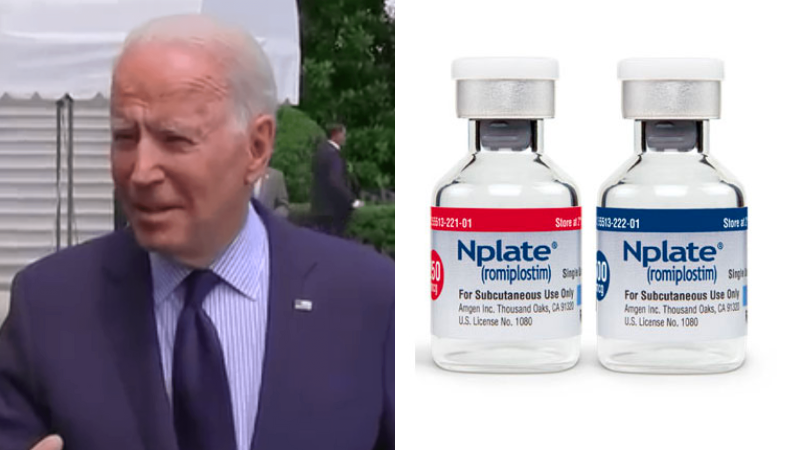 According to an Oct. 4 press release from the department, "As part of long-standing, ongoing efforts to be better prepared to save lives following radiological and nuclear emergencies, the US Department of Health and Human Services (HHS) is purchasing a supply of the drug Nplate from Amgen USA Inc; Nplate is approved to treat blood cell injuries that accompany acute radiation syndrome in adult and pediatric patients."

"Acute radiation syndrome" (ARS) according to the release, is "also known as radiation sickness," and is explained as "when a person’s entire body is exposed to a high dose of penetrating radiation, reaching internal organs in a matter of seconds."

The release mentioned that a specific symptom of ARS is "impaired blood clotting as a result of low platelet counts, which can lead to uncontrolled and life-threatening bleeding."

Additionally, "Biomedical Advanced Research and Development Authority (BARDA), part of the HHS Administration for Strategic Preparedness and Response (ASPR), as well as the National Institute of Allergy and Infectious Diseases, part of the National Institutes of Health" is using "its authority provided under the 2004 Project Bioshield Act and $290 million in Project BioShield designated funding to purchase this supply of the drug."

The release also stated that "Nplate is also approved for adult and pediatric patients with immune thrombocytopenia, a blood disorder resulting in low platelet counts. Repurposing drugs for acute radiation syndrome that also are approved for a commercial indication helps to sustain availability of the product and improves healthcare provider familiarity with the drug."

HHS added that the purchase was part of the government’s "long-standing, ongoing efforts to be better prepared to save lives following radiological and nuclear emergencies."

Russian Federation President Vladimir Putin said in an October 3 address on the annexation of parts of Eastern Ukraine that "The United States is the only country in the world that has used nuclear weapons twice, destroying the cities of Hiroshima and Nagasaki in Japan."

"They created a precedent," he added. "Recall that during WWII the United States and Britain reduced Dresden, Hamburg, Cologne and many other German cities to rubble, without the least military necessity. It was done ostentatiously and, to repeat, without any military necessity."

"They had only one goal, as with the nuclear bombing of Japanese cities: to intimidate our country and the rest of the world," Putin concluded.

According to the Telegraph, a train and freight convoy allegedly belonging to the 12th Directorate of the Russian Ministry of Defense which transports the country’s nuclear munitions was heading towards the front lines of the war in Ukraine.

An HHS spokesperson denied the purchase had anything to do with the situation between Russia and Ukraine telling the outlet, "This is part of our ongoing work for preparedness and radiological security. It has not been accelerated by the situation in Ukraine."