REVEALED: HHS did NOT consult experts on gender treatments for minors

The FDA has no records that show HHS reached out to them to consult on guidance for "gender affirmative" medical services. 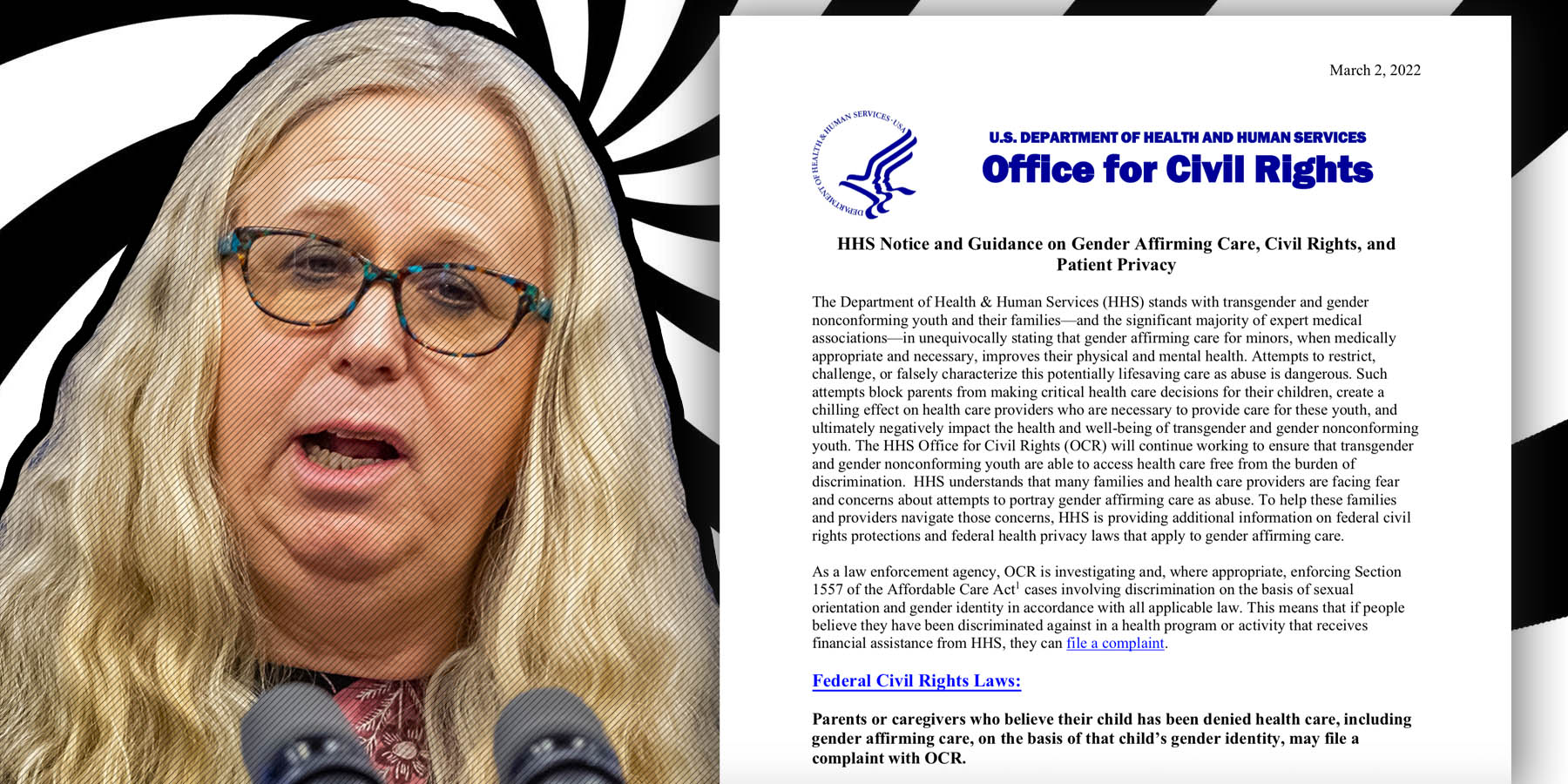 A Freedom of Information Act lawsuit has found that the Department of Health and Human Services (HHS), who promoted the gender-affirmation model of care for minors who identify as "transgender," did not consult with the Food and Drug Administration on the drugs they promote and prescribe. The guidance advocated for "puberty blockers" "during puberty," "hormone therapy" from "early adolescence onward," and "gender-affirming surgery" (such as a double mastectomy) either in "adulthood or case-by-case in adolescence."

When the new guidance was announced in March 2022, Assistant Secretary for Health Rachel Levine, who is a biological male but identifies as a transgender woman, inaccurately stated "there is no argument among medical professionals—pediatricians, pediatric endocrinologists, adolescent medicine physicians, adolescent psychiatrists, psychologists, etc.—about the value and the importance of gender-affirming care."

This HHS guidance document, titled "Gender Affirming Care in Young People," has been heavily critiqued for its unscientific claims. Hans Bader, a lawyer in D.C. who filed the lawsuit, discovered that The Office of Population Affairs was responsible for writing the HHS guidance. He noted that the HHS agency best equipped to extend their expertise on drugs and treatments would be the FDA. The Office of Population Affairs, he reports, deals with family planning, teenage pregnancy, and adoption.

Bader submitted a request through the Freedom of Information Act (FOIA) to the FDA for communications between the FDA and HHS about the drafting of content for the "Gender-Affirming Care and Young People'' document. When the FDA and HHS failed to comply with the legal deadline (20 days after submitting the request), Bader filed a lawsuit through the Bader Family Foundation, which forced the FDA to respond to his FOIA request.

Writing for Liberty Unyielding, Bader said that on August 9, 2022, the FDA issued its response, stating that "A search of the Covered FDA offices did not locate responsive records; therefore, we have no documents to provide you."

"FDA would have such records, if the Office of Population Affairs or HHS had sent drafts of the 'Gender-Affirming Care and Young People' document to experts at the FDA for their review," said Bader. "But according to the letter sent to me by Meredith J. Schlaifer of FDA, no such records exist," he added.

Bader quotes from former FDA official David Gortler’s op-ed for Newsweek in May, which expressed concern over the HHS’s failure to consult with the FDA on promoting drugs that are being used off-label to treat minors with gender dysphoria. "As a former senior executive FDA drug safety official, I have to wonder why my 20,000-plus former colleagues at the FDA are not speaking out after being circumvented on transgender clinical pharmacology recommendations by an obscure, obviously unqualified HHS office," said Gortler.

The FDA recently warned the public of a rare side effect found in minors treated with puberty blockers that can cause brain swelling and potentially permanent vision loss. Researchers have also found that puberty blockers stunted the height and impaired the bone mass density of children who wished to change gender. There is also evidence that puberty blockers have an adverse impact on cognitive functioning in children, with two studies finding that IQ may drop as a result of the medication. But perhaps most alarming, when a child takes puberty blockers at Tanner stage 2 (the first signs of puberty) and proceeds to cross-sex hormones, they will be sterilized (never able to have children) and never be able to achieve an orgasm.

The HHS has still not responded to Bader’s lawsuit, but he expects he will have an update soon.