When asked by Lauren Boebert if he believes that HHS should fund services for "sex reassignment surgery for minors," Xavier Becerra said he would ensure that access is available. 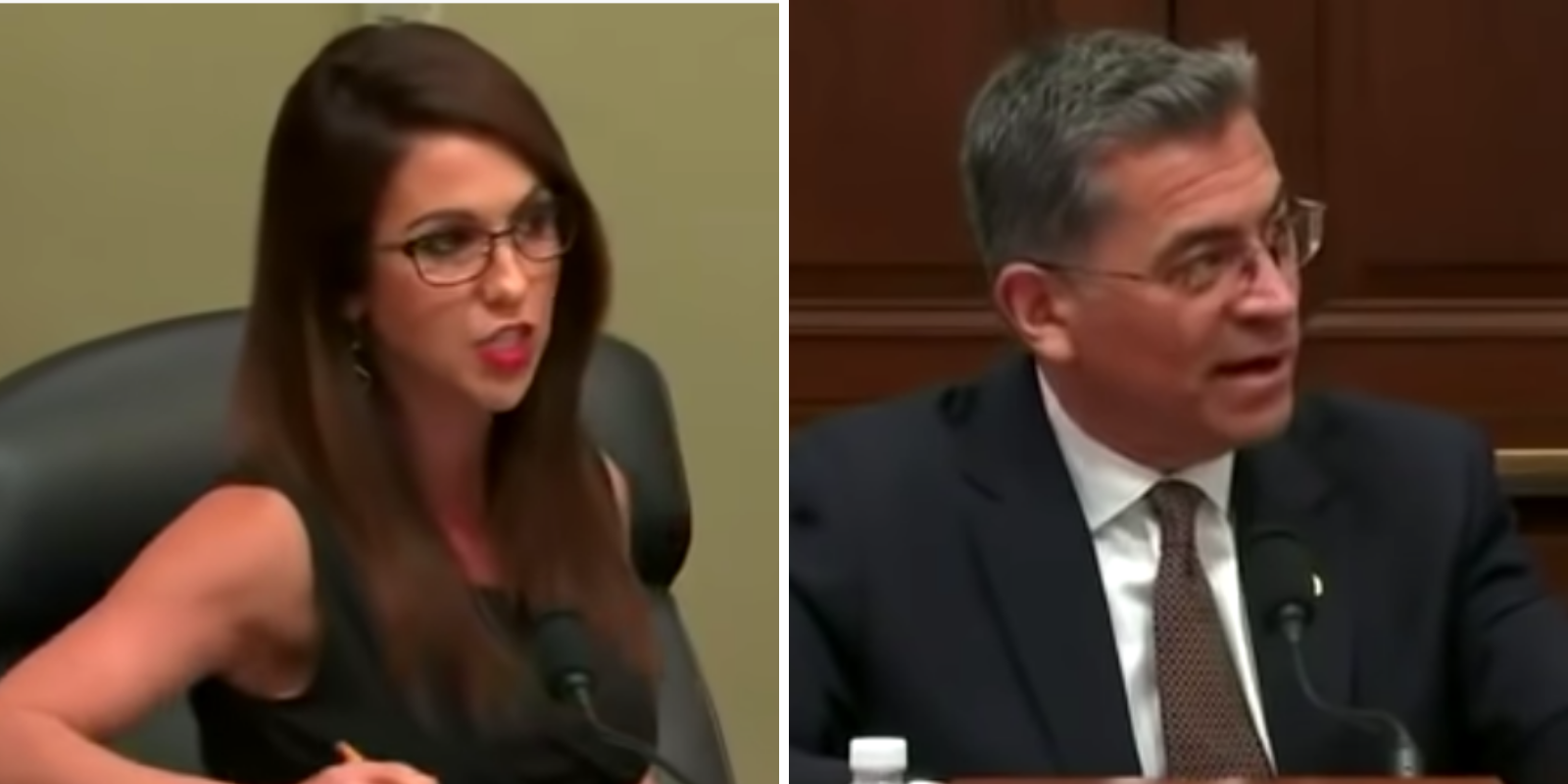 Biden's Department of Health and Human Services is committed to upholding the Biden administration's commitment to so-called "gender affirming care" for children and teens who experience gender dysphoria, a condition wherein they believe that they should be the opposite sex to their own.

When asked by Colorado Rep. Lauren Boebert if he believes that HHS should fund services for "sex reassignment surgery for minors," HHS Secretary Xavier Becerra said that he would do "everything I can" to ensure that access is available.

"So for the record," Boebert asked, "you favor HHS funding being able to go for sex reassignment surgeries on minors?"

"I will do everything I can to defend any American, including children, whether or not they fit the categories you have mentioned or not, and if they talk about gender affirming care, I am there to protect the rights of any American," Becerra said.

Boebert used her time in the House Budget Committee to try to get answers from Becerra, who parroted talking points, and refused to nail down terms such as mother, woman, or what a "trans child" is.

When Boebert spoke about "gender affirming care," specifically what sex reassignment surgeries entail, Becerra said that he did not consider the removal of healthy breasts in service to looking male, nor castration, hysterectomies, removal of ovaries or testicles, to be mutilation of children.

"Can you confirm for this committee what is a man?" Boebert asked Becerra.

"Can you tell me, can men get pregnant?" Boebert asked.

Becerra danced around the question, saying "the answer is pretty obvious."

"What is the answer, sir?" Boebert pressed. "Can men get pregnant?"

"In materials coming from your department, you've referred to mothers as as birthing persons replacing that title with—"

"Are mothers not persons?" Becerra asked.

"Mothers are persons but it seems to be more inclusive like you're trying to include another gender in that," she said.

"I'm all about inclusion," Becerra said.

Boebert said unequivocally that men do not need to be included under the term mother, and that the term birthing persons is entirely unnecessary when there is a perfectly good word for those who give birth to children: mothers.

"I want to read for you from a document from your office," Boebert said. "The Office of Population Affairs. It says in here and I quote, 'gender affirming care encompasses many facets of health care needs and support. It has been shown to increase positive outcomes for transgender and non binary children.' Mr. Secretary, what is a transgender child?"

Becerra brushed off the question by saying that all children should be loved.

"Can you define what a 'transgender child' is?" Boebert pressed.

Becerra said: "That's a child in America, it's an American citizen child who needs the services and love just the way any other child."

"Do you believe that a child is capable of making life-altering decisions to maim themselves?" Boebert asked.

Becerra refused to answer the question, saying that he didn't agree with Boebert's premise that the removal of healthy sex organs from children and teens, not the application of off-label drugs to halt the natural process of puberty, or the prescription of cross-sex hormones, was either maiming or mutilation.

"I don't agree with your premise," he said. "But what I will say to you is children know much about themselves and with the help of—" Becerra, it seems, trusts children to know whether or not they should become sterilized, neutered humans or not.

"Do you believe that children are capable of making the decision to self-mutilate?" Boebert asked.

Again, Becerra quibbled with her language and used terminology that disguises the truth of what happens, such as "gender affirming care," which can encompass surgeries and drugs that cause sterilization and deformity in service to the idea that a child can truly and spiritually know that they were meant to be the opposite sex.

"You have 'gender affirming care' for young people, so this is something you have looked over—" Boebert posited.

"I don't equate 'gender affirming care' with mutilation," Becerra said, refusing to discuss the details on the basis that Boebert was using terms he didn't like. "If that's where you're going, then you're not going to get the answer you want."

When asked outright if he favored tax payer dollars going to fund the genital mutilation of children, Becerra leaned again into rhetoric, saying that he would defend the rights of children to access health care.

Boebert, however, had documents from HHS showing that Becerra and his cohort at HHS stated that "gender affirming care is trauma informed care," and that this "care" is inclusive of "puberty blockers, hormones and surgeries for minor children."

"You go on to assure assure parents that there is no scientifically sound reason to doubt hormones and surgeries are helpful to minor children. You also discussed this in a document that the potential for removing children from their parents is on the table if they're not providing providing gender affirming care. Mr. Secretary, do you think that parents who believe in two gender only should have their children removed from them?" Boebert asked.

Chairman of the Budget Committee John Yarmuth said Becerra didn't have to answer since Boebert's questioning time was up. But Becerra said he could answer, and then didn't actually answer the question.

"I believe in supporting and protecting transgender youth. I believe that they, along with their parents and their caregivers, will make the best decisions. And I would really urge that politicians like you stay out of their business."

The Biden administration continues to urge parents to "affirm" their children lest their children kill themselves. At no point do they discuss the reality of the medical procedures involved, or the damage done to minor bodies that undergo drastic, cosmetic genital reconstruction or the incredibly detrimental effects of providing drugs to halt puberty, or the injection of cross-sex hormones into children.

The HHS website offers resources on "access to community-based providers who have experience providing health services, including medical, counseling, social, and psychological services, and HIV/STI testing for LGBTQI+ youth."