On Thursday, President Joe Biden will formally announce that civilian federal employees must get the coronavirus vaccine, or face heavy restrictions. 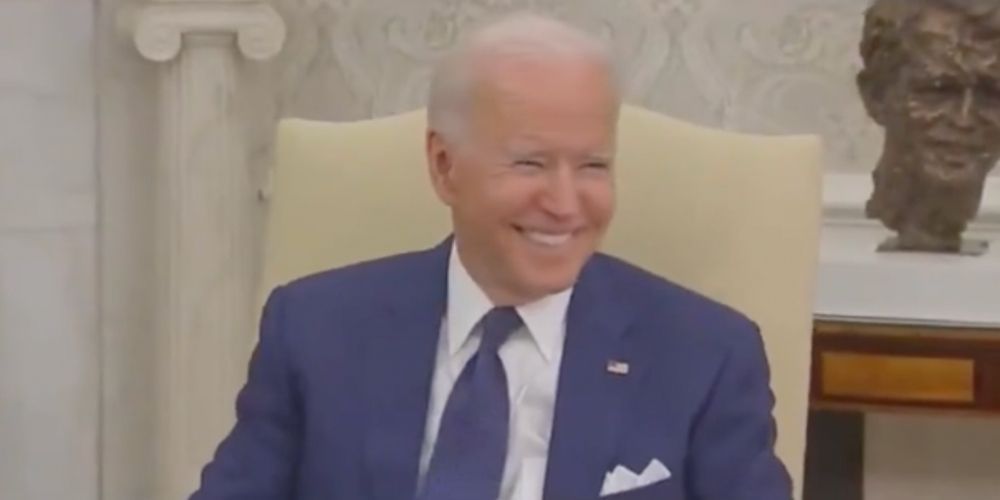 On Thursday, President Joe Biden will formally announce that civilian federal employees must get the coronavirus vaccine, or face heavy restrictions.

According to a New York Times source familiar with the president's plans, those who don't get vaccinated will be subjected to regular COVID-19 testing, social distancing, mask wearing, and travel restrictions.

The administration is still reviewing specific details of the new policy, according to White House officials, but Biden stated Tuesday that his upcoming remarks will reveal "the next steps in our effort to get more Americans vaccinated."

Federal employees will only be forced to receive a shot if the work directly with patients at Veterans Affairs hospitals.

Public health officials are reportedly hoping that extra restrictions on unvaccinated people will push more to get the vaccine.

The decision comes after days of deliberation surrounding the growth of the highly contagious Delta variant, which heavily effects children, older adults, and immunocompromised patients.

Officials stated that concerns over the contagious variant must be balanced with backlash that could arise, leading to an opposition to the vaccine.

On Tuesday, Biden was asked by a reporter about the possibility for vaccine requirements for federal workers.

"That's under consideration right now," said Biden, who added, "But if you’re not vaccinated, you're not nearly as smart as I thought you were."

Officials added that there was no consideration of firing employees that refused the vaccine, but that the added burdens would hopefully be enough to encourage them to get it.

"They said there was evidence that making life inconvenient for those who refuse the vaccine works reasonably well to increase inoculation rates," wrote the New York Times.

The move on the federal level could mimic the announcement made by New York Governor Andrew Cuomo, who announced on Wednesday that all state employees would have to be vaccinated or be required to get weekly testing.

New York City announced on Monday that all 300,000 city employees must also be subjected to the same requirements set forth by the state.