On September 8, Biden's net approval in the demographic was 35 percent. By September 20, it was down to 18 percent. 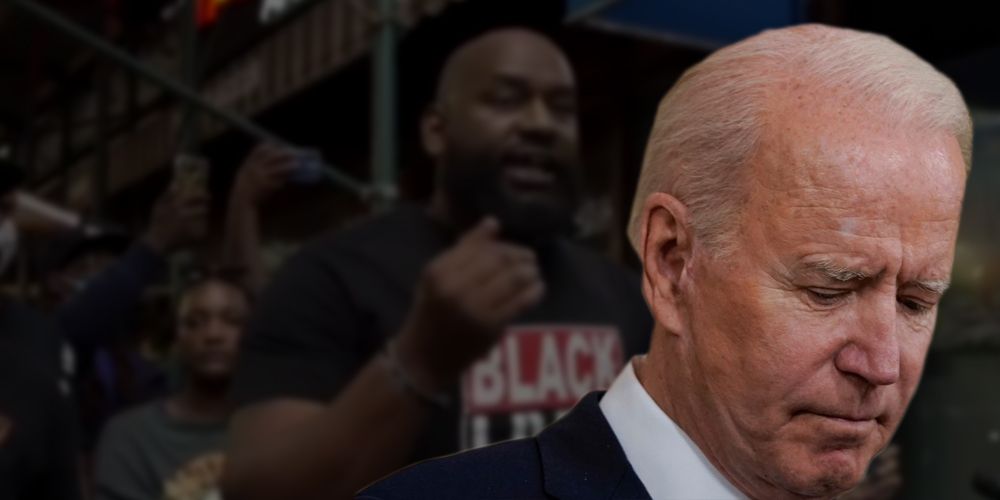 The harsh language from the US Commander in Chief about vaccine mandates in the workplace was not warmly received from one of Joe’s key demographics.

Data firm Morning Consult captured the fall Biden’s approval numbers have taken since his September 9 vaccine mandate announcement for private companies with over one hundred employees.

The point of interest is at the unvaccinated voters line, dropping 17 points in net approval from 35 to 18. These numbers are said to be of the most concern when it comes to chances for the Democrat Party when it comes to midterm turnout among the black demographic.

Morning Consult points out that while black voters overall still generally approve of Biden, even though the disapproval rate has seen a seven point increase, up 24 percent.

The firm isolated the change to the Biden administration’s most recent vaccine mandates.

The incident at Carmine’s restaurant in New York City where three Texas women assaulted a hostess over being asked for proof of vaccination has become a racial inflection point.

The co-founder of Black Lives Matter NY both promised and delivered a demonstration protest at the establishment towards the beginning of the week. This amid claims that the request for vaccination papers became a vector for alleged racial profiling.

Executive Order 78 from New York City Mayor De Blasio that demands proof of vaccination for city employees and any contractors. But, it’s Executive Order 225 that covers the civilian populace there-in for "indoor entertainment, recreation, dining and fitness settings" when it comes to showing COVID vaccine papers.

The latest stats in New York City show that 44 percent of the black population has had at least one COVID jab, whereas only 38 percent are fully vaccinated.

On a national level, Morning Consult says 53 percent of black Americans have gotten the vaccine. The firm claims this is the "lowest share reported of any race or ethnicity."

It was towards the end of last week that Los Angeles first announced an upcoming rollout of similar COVID vaccine proof standards at public places. In light of the demonstration at Carmine’s restaurant, BLM’s New York City leader promised more collective action against vaccine mandates in the coming weeks.