"At this point in the process, however, it is no longer tenable for me to continue as a Presidential nominee," her letter concluded. 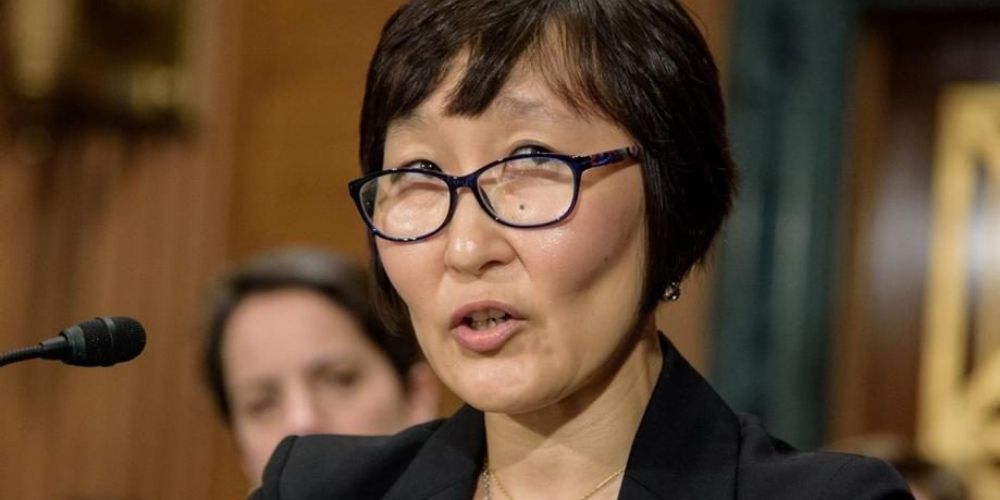 On Tuesday, Saule Omarova, Biden's nominee for Office of the Comptroller of the Currency formally withdrew her name from consideration after receiving backlash for her past pro-communism remarks.

"I am writing to you today with a request to withdraw my candidacy from further consideration for the position of the US Comptroller of the Currency," Omarova's letter to the Biden administration began Tuesday.

"It was a great honor and a true privilege to be nominated by President Biden to lead the Office of the Comptroller of the Currency overseeing the US national banking system," she continued.

"I deeply value President Biden's trust in my abilities and remain firmly committed to the Administration's vision of a prosperous, inclusive, and just future for our country. At this point in the process, however, it is no longer tenable for me to continue as a Presidential nominee," her letter concluded.

Omarova's nomination received backlash after it was revealed that she has voiced support for Soviet Union policies.

Omarova, in comments as recent as 2019, has voiced support for USSR practices and policies. "Until I came to the US, I couldn't imagine that things like gender pay gap still existed in today's world," Omarova wrote. "Say what you will about old USSR, there was no gender pay gap there. Market doesn't always 'know best.'"

"She has also advocated for 'effectively end[ing] banking as we know it.' In light of these, and other extreme leftist ideas, I have serious reservations about her nomination," Toomey continued.

The Chamber of Commerce also issued a letter following her nomination condemning her comments, stating that they "strongly oppose" her nomination.

In a paper titled The People's Ledger, Omarova advocated for 'end[ing] banking,' as we know it."

A thesis she wrote regarding Karl Marx, titled, "Karl Marx's Economic Analysis and the Theory of Revolution in The Capitali," was also removed from her resume, which had been listed there as recently as 2017.

In addition to Republican outcry over her nomination, several Democrats including Senators Jon Tester (D-NT), Mark Warner (D-VA), Kyrsten Sinema (D-AZ), Jon Hickenlooper (D-CO), and Mark Kelly (D-AZ) had suggested that they would break with the party line and vote against confirming her nomination.

"I nominated Saule because of her deep expertise in financial regulation and her long-standing, respected career in the private sector, the public sector, and as a leading academic in the field," wrote Biden in response to receiving her letter on Tuesday.

"She has lived the American dream, escaping her birthplace in the former Soviet Union and immigrating to America, where she went on to serve in the Treasury Department under President George W. Bush and now works as a professor at Cornell Law School," he continued.

Biden said Omarova would have "brought invaluable insight and perspective to our important work on behalf of the American people."

"But unfortunately, from the very beginning of her nomination, Saule was subjected to inappropriate personal attacks that were far beyond the pale. I am thankful to Chairman Brown for giving her a fair hearing and the opportunity to demonstrate her qualifications," Biden continued.

Biden noted that he would continue to find a nominee for the position, which supervises and regulates around 1,200 national banks, and would announce plans at a future date.