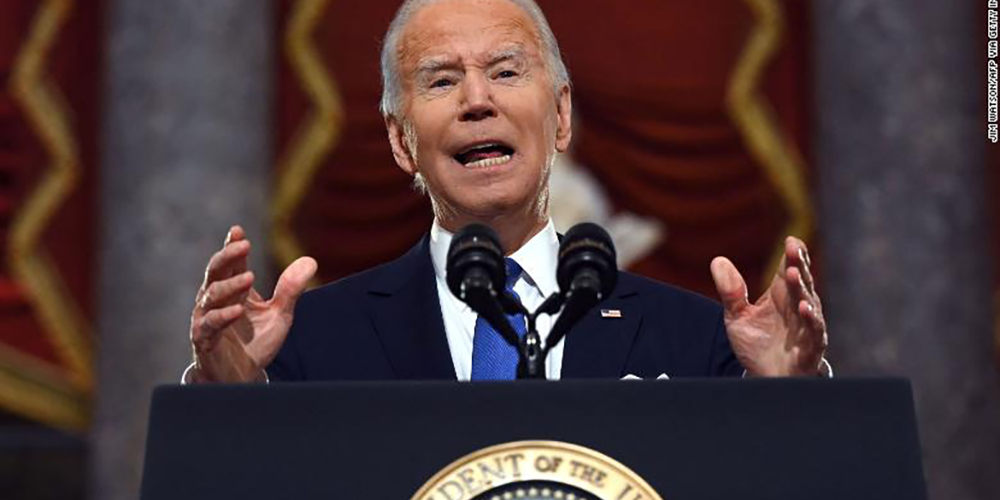 President Joe Biden endorsed Democrat-driven changes to the Senate filibuster rule in order to push through federal "voting rights" legislation, which remains at a standstill due to the GOP's refusal to budge on the sweeping legislation.

A White House official said that the filibuster tool has "injured the body enormously" and contributed to "abhorrent" obstruction, Fox News reported.

The filibuster rule requires a threshold of 60 votes in the Senate before a piece of legislation is given an up or down vote. Under the proposed changes, Democrats could push through legislation with only 51 votes – requiring only 50 senators and Vice President Kamala Harris to break the tie.

The president traveled Tuesday to Georgia to deliver remarks from the Atlanta University Center Consortium, on the Clark Atlanta University and Morehouse College campus, the former district of the late Rep. John Lewis, where Biden urged the Senate to pass the Freedom to Vote Act and the John Lewis Voting Rights Advancement Act.

"We call on Congress to get done what history will judge," Biden said. "Pass the Freedom to Vote Act. Pass it now, so that here in Georgia, there's full access to voting by mail, there are enough dropboxes, you can bring food & water to people waiting in line."

According to the publication, Biden was expected Tuesday to "forcefully advocate" for protecting "the most bedrock American rights: the right to vote and have your vote counted in a free, fair and secure election that is not tainted by partisan manipulation."

"The next few days, when these bills come to a vote, will mark a turning point in this nation's history," Biden said during Tuesday's speech, declaring that changing the rules would be to protect the "heart and soul of our democracy."

"The issue is: Will we choose democracy over autocracy, light over shadow, justice over injustice? I know where I stand," Biden continued. "I'm tired of being quiet!" Biden declared at the podium. "I will not yield. I will not flinch."

"I will defend your right to vote and our democracy against all enemies foreign and, yes, domestic. And so the question is where will the institution of United States Senate stand?" Biden questioned.