President Joe Biden has rescinded a Trump administration protection of the United State's power grid from foreign adversaries, through one of his several executive orders signed shortly after entering office. 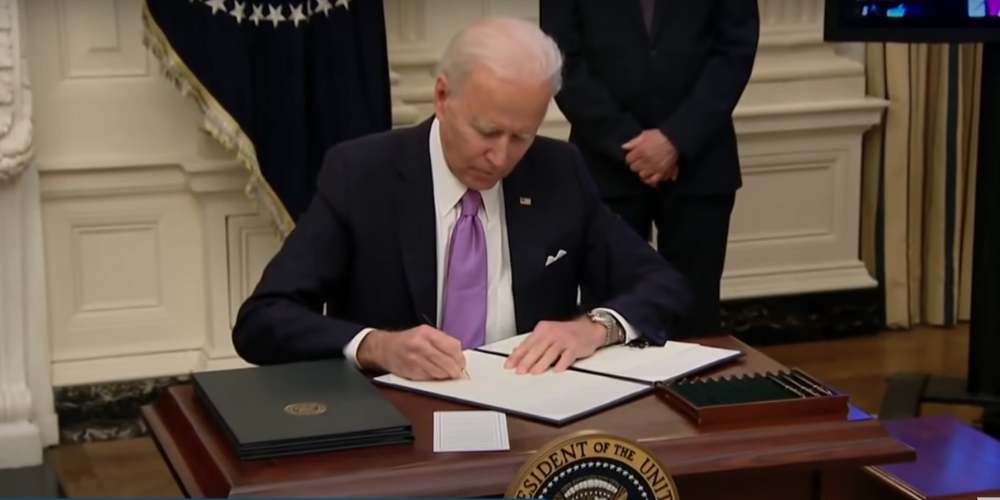 President Joe Biden has rescinded a Trump administration protection of the United State's power grid from foreign adversaries, through one of his several executive orders signed shortly after entering office.

The executive order responsible aims at carrying out the key parts of Biden's environmental agenda.

Section 7, subsection C of the order  suspends a Trump administration executive order for 90 days, called "Securing the United States Bulk-Power System", passed in May 2020 to protect the U.S. power grid from foreign access.

"The following actions are prohibited: any acquisition, importation, transfer, or installation of any bulkpower system electric equipment," by persons or parties who may pose "an undue risk of sabotage to or subversion of the design,
integrity, manufacturing, production, distribution, installation, operation,
or maintenance of the bulk-power system in the United States," the Trump administration order reads.

The measure was taken to ensure that the U.S. defense power grid was not exposed to enemies of the U.S. who could exploit an opening in access to hurt the nation.

Biden's new executive order puts this protection on hold for the next 90 days.

"The Secretary of Energy and the Director of OMB shall jointly consider whether to recommend that a replacement order be issued," it continues.

As Biden's order states, the director of the Office of Management and Budget (OMB), Neera Tanden, will be in charge of replacing Trump's order after the 90 day period.

Tanden is the president and CEO of left-wing think tank the Center for American Progress (CAP), which was closely entangled with the Obama administration, according to the Washington Post. Since 2009, CAP has reportedly sent delegations to China as part of a USEF program, the National Pulse reports.

Biden's son Hunter also has alleged corrupt foreign business ties to China, which prompted an FBI investigation in 2018 into his foreign dealings and taxes.