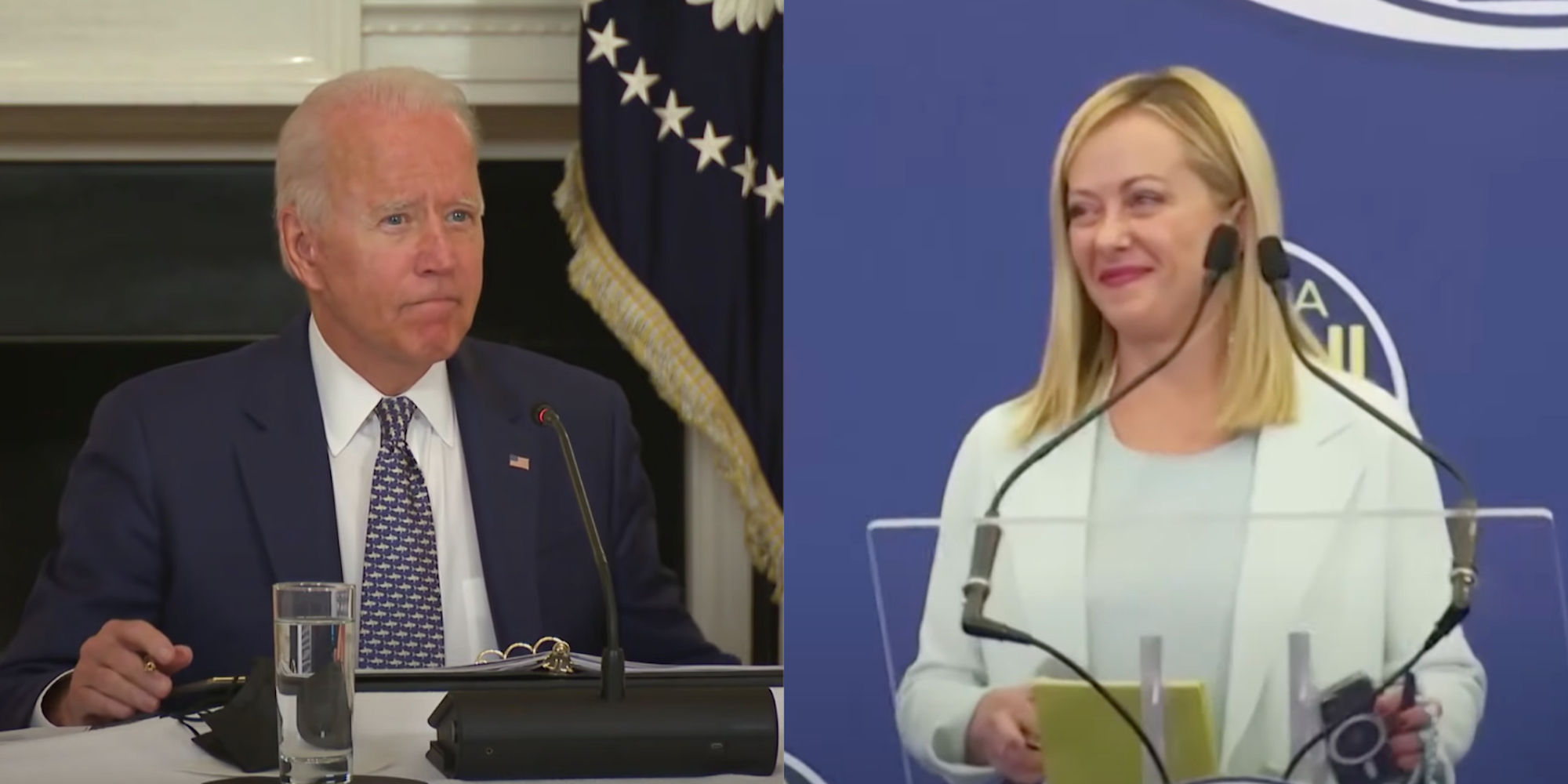 Jarryd Jaeger Vancouver, BC
Sep 29, 2022 minute read
ADVERTISEMENT
ADVERTISEMENT
On Sunday, Giorgia Meloni’s Fratelli d’Italia claimed victory in Italy’s federal elections with 26 percent of the vote, making history as the first female-led party to win, as well as the most right-wing government to be elected in the country since World War II.

While many rejoiced, others expressed concern, with US President Joe Biden going so far as to suggest that Meloni presented a threat to democracy.

“I mean this sincerely,” Biden said during a speech at a Democratic Governors Association Reception, “you’re going to think this is a little out of whack what I’m going to talk about — but, you know, democracy is at stake.”

“There’s a case being made around the world, not just here,” he continued, “and there’s an awful lot of folks who believe that democracies can’t be sustained in the 21st century because … so much is changing in science and technology, the environment, a whole range of things, that it’s awful hard to reach a consensus in the short amount of time you have.”

Biden went on to suggest that MAGA Republicans pose a similar risk to democracy in the United States, arguing that a system of government can’t function if one side refuses to accept the outcome of an election.

As the BBC reports, despite being labeled everything from “far-right” to “fascist" for her views on migrants, the LGBTQ community, and abortion, Meloni has made it clear that she and her party will “govern for everyone.”

“Italians have sent a clear message in favour of a right-wing government led by Brothers of Italy," she said following her victory.

Meloni’s party is part of a coalition with Matteo Salvini’s Lega and Silvio Berlusconi’s Forza Italia, which together make up the right-wing bloc of Italian politics.
ADVERTISEMENT
ADVERTISEMENT
Meloni