"We have more people assigned to investigate White supremacists than we can actually find," an FBI source said. 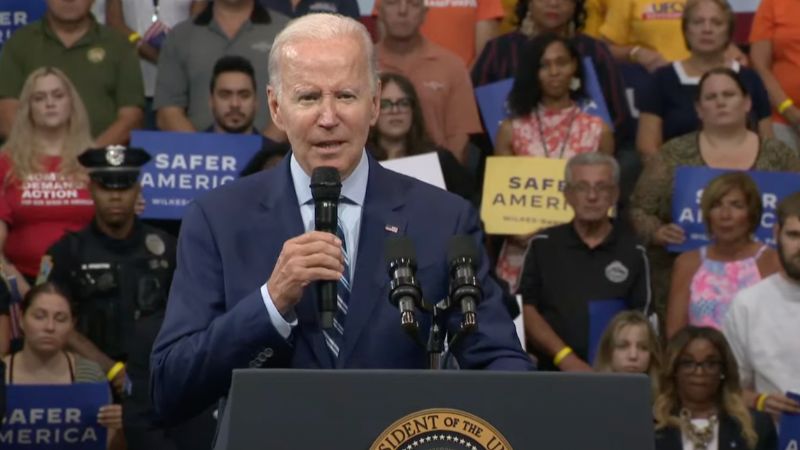 Hannah Nightingale Washington DC
Sep 15, 2022 minute read
ADVERTISEMENT
ADVERTISEMENT
As President Biden and his administration hold a forum on "taking action to prevent and address hate-motivated violence and foster unity," FBI agents have revealed that the administration as "overblown" the perceived threat of white supremacy and extremism.

The agent noted that those driving bureau policies "have already determined that white supremacy is a problem" and set agency-wide policies to prioritize cases of racially motivated domestic extremism.

"We are sort of the lapdogs as the actual agents doing these sorts of investigations, trying to find a crime to fit otherwise First Amendment-protected activities," he said. "If they have a Gadsden flag and they own guns and they are mean at school board meetings, that’s probably a domestic terrorist."

His comment regarding the Gadsden flag follows a report from Project Veritas last month that revealed numerous symbols that the FBI views as "extremist" symbols, including that flag, the second amendment, and Revolutionary War imagery.

The agency denies targeting people or groups based on their held political views, and said that the bureau focuses only on those "who commit or intend to commit violence and criminal activity that constitutes a federal crime or poses a threat to national security."

"The FBI aggressively investigates threats posed by domestic violent extremists," an FBI spokesperson told the Washington Times. "We do not investigate ideology, and we do not investigate particular cases based on the political views of the individuals involved. The FBI will continue to pursue threats or acts of violence, regardless of the underlying motivation or sociopolitical goal."

These comments from FBI agents come came ahead of of Biden’s Thursday "United We Stand Summit."

According to a White House fact sheet, the summit was held "to counter the corrosive effects of hate-fueled violence on our democracy and public safety."

"The Summit will put forward a shared vision for a more united America, demonstrating that the vast majority of Americans agree that there is no place for hate-fueled violence in our country, and that when Americans stand united to renew civic bonds and heal divides, we can help prevent acts of hate and violence," the White House said.

As part of this summit, the White House said that it would be "announcing a historic package of new actions the federal government, civic, faith, philanthropic, and business leaders will take to address hate-fueled violence and advance national unity."

Biden's Attorney General Merrick Garland has repeatedly said that he believes domestic extremism is the greatest threats to the US. In June 2021, he said that according to the FBI, white supremacists are the "top domestic violent extremist threat" to the United States. "The number of open FBI domestic terrorism investigations this year has increased significantly," said Garland. "According to an unclassified summary of the March intelligence assessment, the two most lethal elements of the domestic violence extremist threat are racially or ethnically motivated violent extremists and militia violent extremists."

Garland would later pledge to use the tools created to investigate domestic terrorism to investigate parents who spoke out against Covid-insoired restricitons, critical race and gender theory, after a request by the National School Boards Association, that it was later revealed was requested by the DOJ.

The summit will also see the launch of "Dignity.us, a Citizens’ Initiative to Address Hate-Fueled Violence in America, to foster dialogue in communities across the country and identify solutions to address hate-fueled violence" headed four former Directors of the White House Domestic Policy Council and supported by the Presidential Centers or Foundations of Presidents Obama, George W. Bush, Bill Clinton, and Gerald Ford.