In remarks made Tuesday, the Biden administration's Attorney General Merrick Garland said that according to the FBI, white supremacists are the "top domestic violent extremist threat" to the United States. 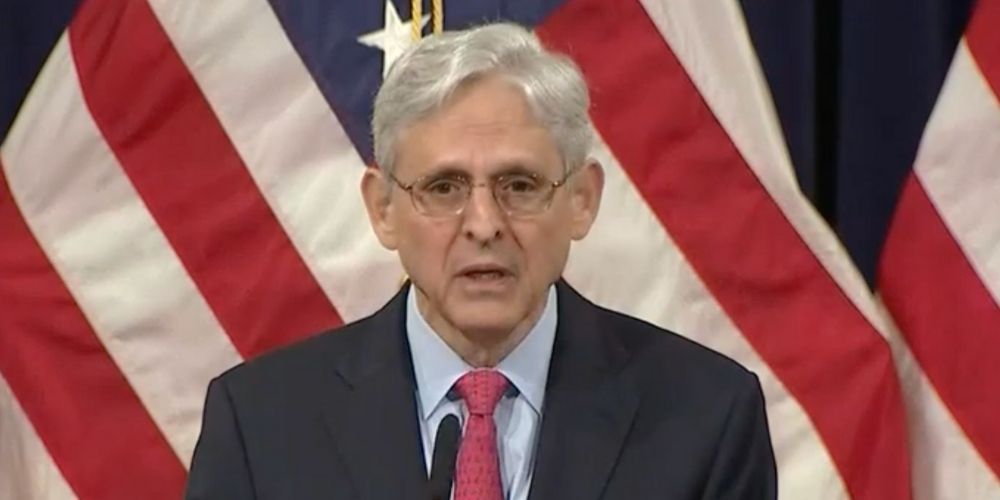 In remarks made Tuesday, the Biden administration's Attorney General Merrick Garland said that according to the FBI, white supremacists are the "top domestic violent extremist threat" to the United States.

The comments came as a part of a speech delivered addressing the rising cases of domestic terrorism across the United States. "The number of open FBI domestic terrorism investigations this year has increased significantly," said Garland. "According to an unclassified summary of the March intelligence assessment, the two most lethal elements of the domestic violence extremist threat are racially or ethnically motivated violent extremists and militia violent extremists."

"In the FBI's view, the top domestic violent extremist threat comes from racially or ethnically motivated violent extremists specifically those who advocated for the superiority of the white race," Garland continued.

The remarks come after President Joe Biden issued a similar warning earlier this month during a speech marking 100 years since the Tulsa massacre.

"According to the intelligence community, terrorism from white supremacy is the most lethal threat to the homeland today," said Biden.