This is likely because after they sent the letter and AG Garland promised to take action, many school boards across the country balked at the notion that this was done on their behalf and said so. 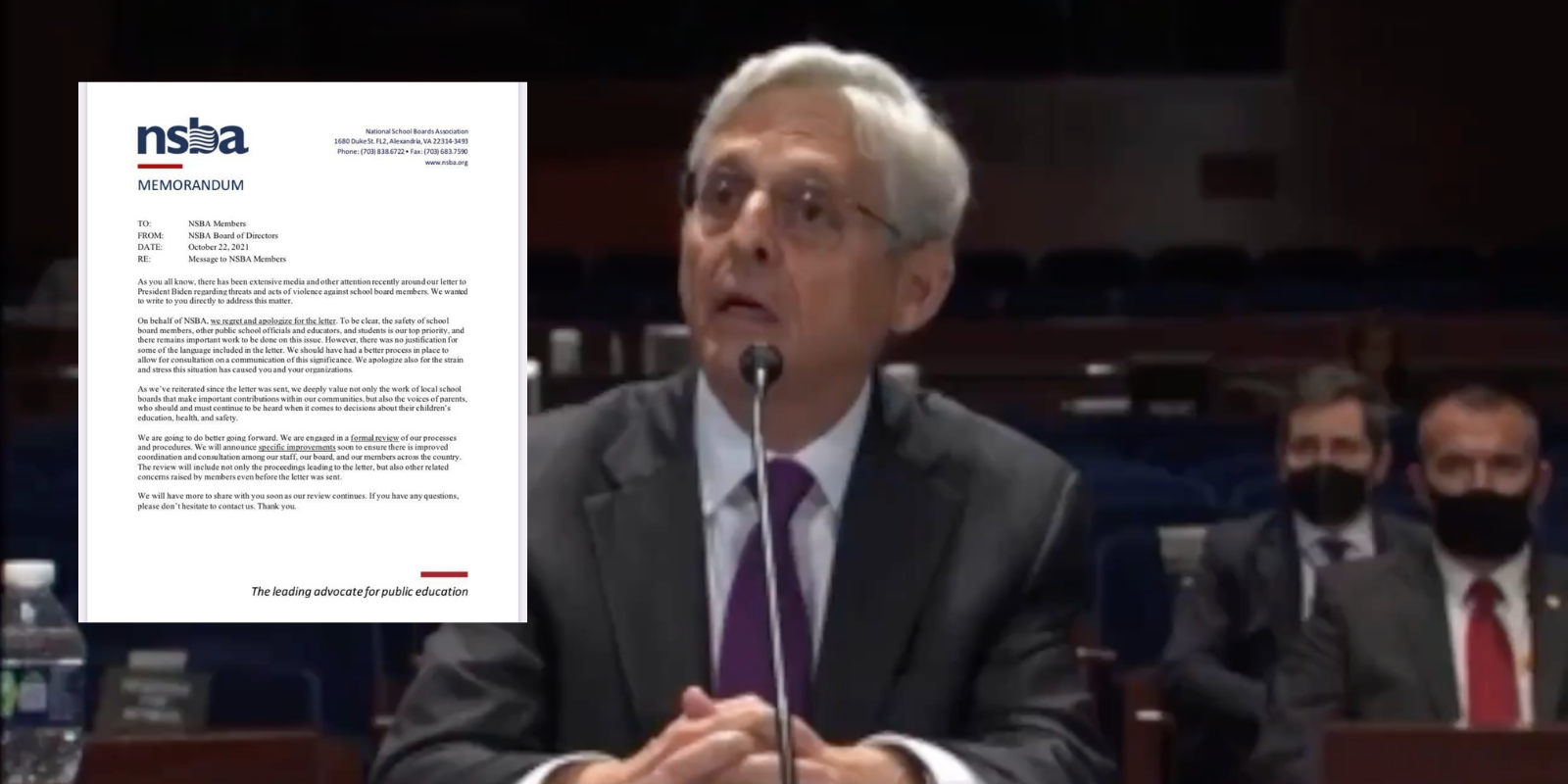 The National School Board Association has issued something of an apology to their members. This after the NSBA sent a letter to President Joe Biden demanding that the Department of Justice, and other agencies, take against against concerned parents who speak up for their children at school board meetings.

"We regret and apologize for the letter," the NSBA wrote to its members. But the apology was not unequivocal. "To be clear," they continued, "the safety of school board members, other public school officials and educators, and students is our top priority, and there remains important work to be done on the issue."

The NSBA does say, however, that "there was no justification for some of the language included in the letter. We should have had a better process in place to allow for consultation on a communication of this significance. We apologize also for the stress this situation has caused you and your organizations."

This is likely because after they sent the letter to the President, and the Attorney General Merrick Garland promised to take action, many school boards across the country balked at the notion that this was done on their behalf and said so.

During questioning in the House Judiciary Committee on Thursday, Rep. Jim Jordan of Ohio spoke to Garland about the actions that were to be undertaken by the DOJ, telling him that for the first time in a very long time, that Americans are "afraid of their government."

Rep. Chip Roy also questioned Garland, and Garland admitted that he "does not think that parents getting angry at school boards for whatever reason constitute domestic terrorism." Yet he sent the letter in response to the NSBA, he promised action.

By Oct. 3, 23 school boards on behalf of 427,000 members had issued complaints about the letter, saying that this letter was not written with their authorization and that they did not, in fact, endorse it. As the month went on, more school boards joined in denouncing the NSBA, with a Pennsylvania school board dropping their membership altogether.

The language that these school boards, as well as parents, journalists, and politicians took issue with, was this:

"As these acts of malice, violence, and threats against public school officials have increased, the classification of these heinous actions could be the equivalent to a form of domestic terrorism and hate crimes. As such, NSBA requests a joint expedited review by the U.S. Departments of Justice, Education, and Homeland Security, along with the appropriate training, coordination, investigations, and enforcement mechanisms from the FBI, including any technical assistance necessary from, and state and local coordination with, its National Security Branch and Counterterrorism Division, as well as any other federal agency with relevant jurisdictional authority and oversight."

Attorney General Garland took up the cause, issuing a memo stating that the DOJ would take action. He wrote that the FBI and US Attorney's Offices will meet during the next month with law enforcement leaders across the country "to discuss strategies for addressing this disturbing trend."

"Threats against public servants are not only illegal, they run counter to our nation’s core values," Garland said. "Those who dedicate their time and energy to ensuring that our children receive a proper education in a safe environment deserve to be able to do their work without fear for their safety."

The White House backed Garland during an Oct. 6 briefing on the matter.

The Associated Press issued a fact check stating that "The National School Boards Association is asking the Biden administration to label parents who protest school policies domestic terrorists" was "false." For this they were roundly roasted.

17 state attorneys general issued their own response to Garland's statement of action, telling him that "Your recent action seeks to chill lawful dissent by parents voiced during local school board meetings by characterizing them as unlawful and threatening."