"Early on, Biden's attorneys and Justice Department investigators both thought they had a shared understanding about keeping the matter quiet." 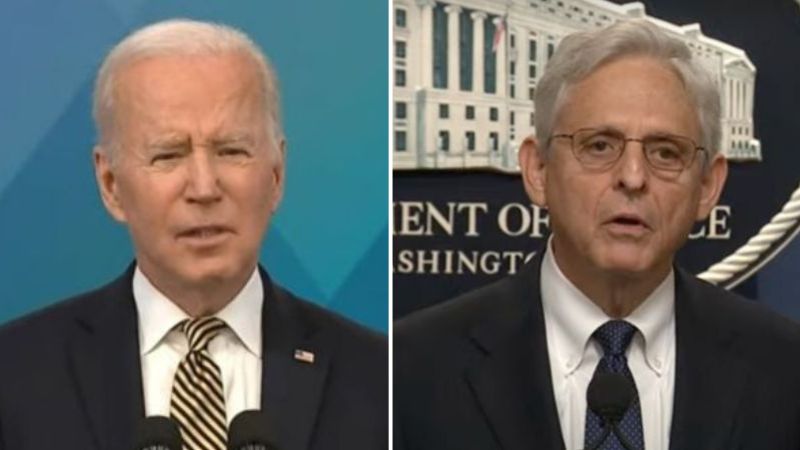 Olivia Rondeau
Jan 22, 2023 minute read
ADVERTISEMENT
ADVERTISEMENT
The White House reportedly colluded with the Justice Department to hide the fact that Joe Biden had classified documents in his personal possession.

According to the Washington Post, "Early on, Biden's attorneys and Justice Department investigators both thought they had a shared understanding about keeping the matter quiet."

"The White House was hoping for a speedy inquiry that would find no intentional mishandling of the documents, planning to disclose the matter only after Justice issued its all-clear. Federal investigators, for their part, typically try to avoid complicating any probe with a media feeding frenzy," the Post reports.

After the discovery of the first batch of documents at Biden's office at UPenn in November of last year, "in a communication that has not previously been reported, a senior official in the Justice Department’s national security division wrote a letter to Bob Bauer, Biden’s personal attorney, asking for his cooperation with the department’s inquiry."

The White House adopted a "strategy of caution and derference" after those communications with the DOJ that included keeping quiet about the documents to better "move in coordination with federal investigators."

"CBS News was the first news organization to learn of the matter, contacting the White House on Jan. 6 to ask about the Penn Biden Center documents," the Post reported. "White House officials confirmed the scoop, but since the investigation was ongoing, they decided not to offer any additional details — including the critical information that a second batch of documents had been discovered at Biden's home."

The day after the story on the office documents being discovered broke, Biden told reporters he was "surprised" to hear the news, while still "making no mention of those at his Wilmington house."

"That reflected a decision by Biden's advisers to only react to what was publicly known, not to elaborate or provide additional information," the Post noted.

White House Press Secretary Karine Jean-Pierre said during a press conference on January 12, "There was transparency in doing what you're supposed to do when these items were discovered."

CBS News reporter Ed O'Keefe said, "There is going to be a limit of transparency of what can be shared by this White House."

"There has not been a limit of transparency," Jean-Pierre replied.

The Post speculated that Jean-Pierre was being "kept in the dark" on the details of the controversy, which was why she didn't give answers.

"Look, guys, you guys can ask me this 100 times, 200 times, if you wish. I'm going to keep saying the same thing," Jean-Pierre said during another briefing on Wednesday. "I hear your question. It's been asked. It's been answered. It's been noted."

As to the mishandling of the documents themselves, Biden said he has "no regrets."