The majority of Americans are seemingly fed up with the Biden administration, and on Tuesday, #BidenDestroysAmerica began to trend on Twitter as inflation skyrocketed to a 41-year high, pummelling American families. 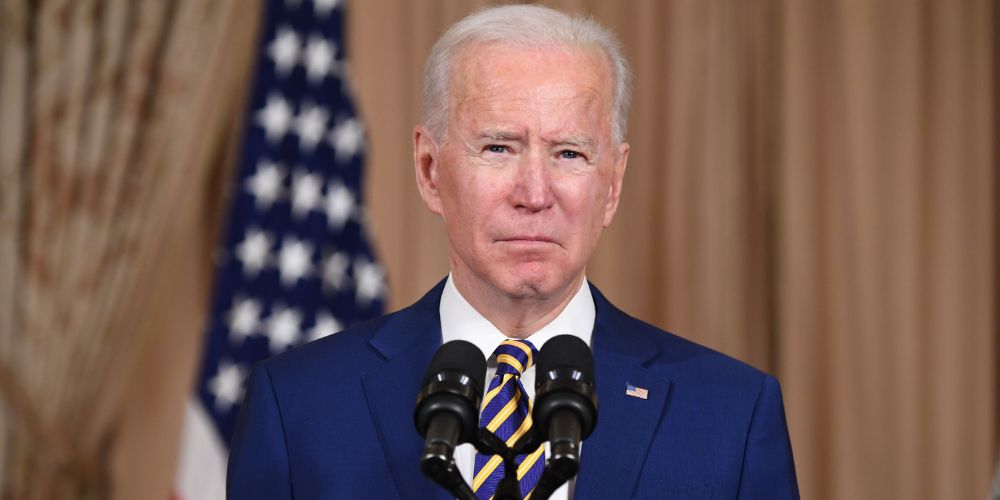 The majority of Americans are seemingly fed up with the Biden administration, and on Tuesday, #BidenDestroysAmerica began to trend on Twitter as inflation skyrocketed to a 41-year high, pummelling American families.

The Bureau of Labor Statistics released their monthly Consumer Price Index last week, which revealed that inflation was up a staggering 8.6 percent from last year.

With inflation showing no signs of slowing down any time soon, chairman of the Federal Reserve Jerome Powell has been reluctant to warn Americans that it may be necessary to plunge the nation into a recession in order to curb rising prices.

Inflation rose more than expected in May, leaving Powell to decide whether or not the Fed should push tougher monetary policy to get things back on track.

Powell has hinted at the fact there may be an imminent recession, but has not used the "r-word" outright, given the images it conjures up for regular Americans.

Bloomberg analysts have predicted that the chances of a recession in 2022 are one in four, but raised the probability to three in four for 2023, saying a recession will be "hard to avoid" then.

At a news conference on Friday, President Joe Biden continued to blame Russian President Vladimir Putin for record high gas prices, and responded to reports of record high inflation by saying America can "tackle inflation from a position of strength."

Biden opened his speech from the Port of Los Angeles in California by falsely claiming that "since I took office, families are carrying less debt on average in America, they have more savings than they've had."

As CNBC reports, Americans' savings are down 15 percent on average from last year.

That reduction in savings is compounded by record high inflation and record breaking debt, both of which significantly decrease the value of savings.

The President continued by commenting that he's "cutting the federal deficit by $1.7 trillion."

Biden then went on to lay the country's inflation woes entirely at Putin's feet by repeating his "Putin's Price Hike" mantra. Biden noted that gas and food account for about half of the consumer price index's 8.6 percent overall increase in American goods and services but so-called core prices, those which exclude energy and food, had "moderated."

The Bureau of Labor Statistics reported Friday that core prices have risen 6 percent from last year.

Biden, who would have been 39 years old in 1981 when America was previously burdened with inflation of this magnitude, did not offer any solutions to the recent report. Instead, he said the administration is continuing to bring down food and gas prices by "dealing with other items."

Many other countries are wrestling with inflation and the President assured Americans that "every country in the world is getting a big bite and piece of this inflation worse than we are in the vast majority of countries around the world." A November report from Pew Research Center found that inflation has risen in many major counties, but rarely as much as the US.