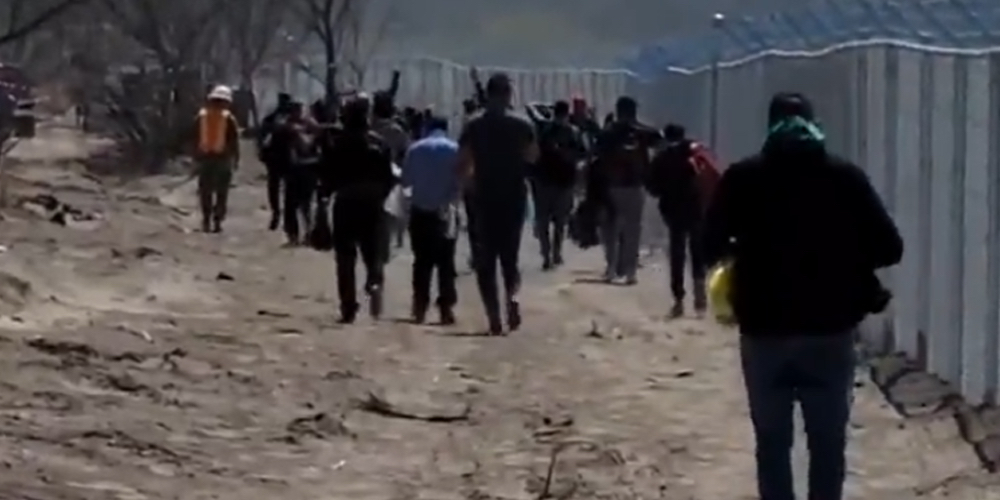 Over the past year and a half, the crisis at the southern border has gotten progressively worse, with 1.7 million migrant encounters recorded in fiscal year 2021, more than ever before.

New data from Customs and Border Protection show that FY2022 is on pace to break the previous record.

According to FOX News, sources from the agency have since revealed that the number has surpassed 2 million, a milestone that has never before been met.

While the situation remains dire, July did mark the second consecutive month with a decline in apprehensions, though the dip was hardly noticeable, with 199,976 migrants apprehended in that 30-day period, including ten people on the terror watchlist.

CBP Commissioner Chris Magnus noted that it was the first two-month drop since October 2021.

He added that those in charge of securing the border will "continue to take action to reduce irregular migration and dismantle the human smuggling operations that put migrants in danger."

Two-thirds of the migrants encountered in July were single adults, however of those, only 74,573 were expelled under the Title 42 public health order put in place during the Trump administration.

The Biden administration has repeatedly signaled that they would like to end Title 42, along with the building of a border wall, however they have yet to do the latter and have actually resumed construction of a wall near Yuma, Arizona.

Biden has, however, ended the so-called "remain in Mexico" policy, which ensured that migrants would stay on the southern side of the border for their immigration hearings as opposed to allowing them to enter the United States.

With no end in sight to the crisis, border states have pleaded with the federal government to do more, however it remains to be seen whether their actions will deliver the intended results.