Nearly 200,000 migrants encountered at US southern border in July 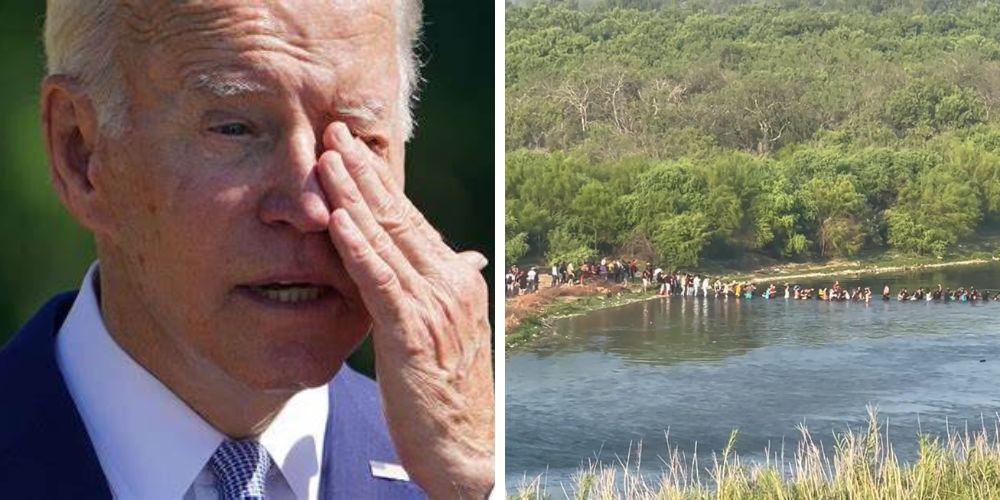 Customs and Border Protection (CBP) encountered almost 200,000 illegal migrants at the border in July, according to numbers obtained by Fox News.

The outlet reported that there were 199,976 migrant encounters in July, which was only slightly lower than the 213,593 encountered at the border in July 2021, and also a minor decrease from the 207,416 encountered in June 2022, and the lowest number encountered since February.

Despite the slight drop, migrants continue to overwhelm CBP agents and border communities.

Two-thirds of the migrants encountered in July were single adults, but only 74,573 encounters resulted in expulsion under the Title 42 public health order put in place during the Trump administration.

Migrants coming from countries such as Venezuela, Nicaragua, and Cuba have increased and are not subject to Title 42 due to the Mexican government's refusal to take them.

The Biden administration has been determined to end Title 42 and rolled back many Trump-era policies including border wall construction and the Migrant Protection Protocols (MPP).

However, the administration recently admitted to resuming construction on to fill in gaps in the border wall near Yuma, Arizona.

The administration recently announced it would be ending the "Remain-in-Mexico" policy, which kept migrants in Mexico for their immigration hearings rather than releasing them into the country.

As a result of the crisis overwhelming border states and communities, Texas and Arizona have been bussing migrants to the Democratic-run cities of New York City and Washington, DC which claim to be "sanctuary cities."

Mayor Muriel Bowser asked for the Pentagon to deploy National Guard troops to help manage the influx of migrants, but the request was denied. She has also requested that the DC Armory be used as a processing center and asked the federal government for support.