Biden's Surgeon General backs activist educators who would groom children into the world of adult sexuality without their parents' knowledge or consent. 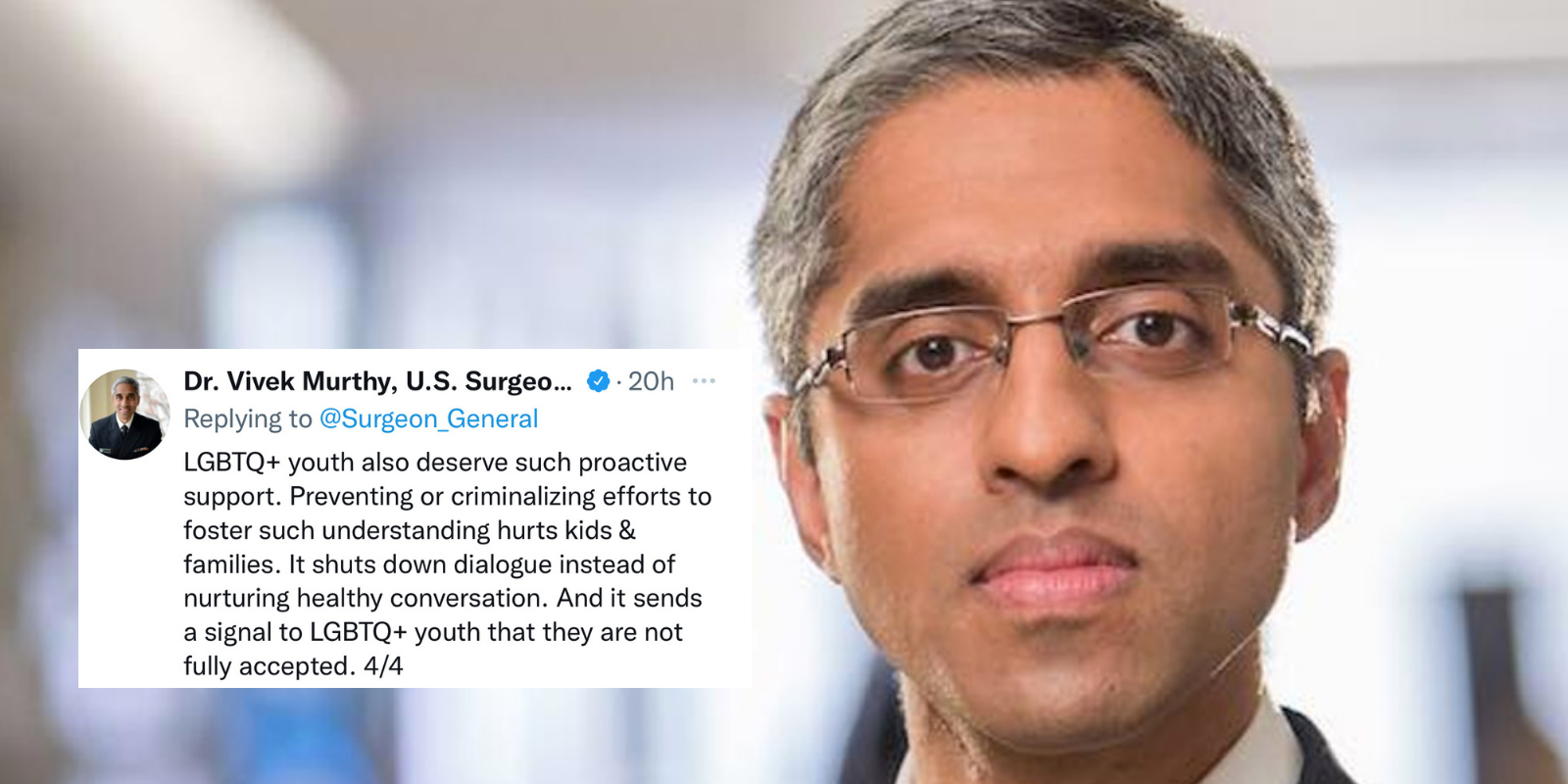 Biden's Surgeon General Vivek Murthy has come out against Florida's anti-grooming legislation, the Parental Rights in Education law. Murthy, who has called for the censorship of Joe Rogan over guests on his show who opposed the Biden administration's Covid narrative, is now taking aim at education laws.

"Florida's recent law restricting discussion about gender identity in school has understandably raised serious concerns. The law concerns me too," Murthy said on Twitter, before explaining that in his view, the law prevents children from learning about differences in families. Instead, the law prevents teachers from broaching concepts of gender identity and sex that are not age-appropriate.

"Learning that people are different and that not all families look the same—these are important lessons that start early in life, including in school. They help create a society based on understanding and respect. They help children know they belong even if they are different," Murthy wrote. The White House has claimed that the law is "discriminatory."

Murthy said that "LGBTQ+ youth also deserve such proactive support," of the kind that he received when he was a student in Florida schools. The Parental Rights in Education law prevents educators from keeping children's gender identity questioning or exploration from parents.

Florida mom January Littlejohn has one such story, where a school kept her daughter's social gender transition a secret from her, and gender identity nearly destroyed her family. Littlejohn is currently suing the school district.

It was only after weeks of back-and-forth with the school that Littlejohn was able to gain access to the school's documentation on her daughter. "After several weeks of back and forth with the district, finally we were able to meet with the principal and we were finally shown the transgender gender non-conforming student support plan that was created and signed by my daughter," Littlejohn said.

This document cut the parents out entirely of their minor child's gender identity plan, and it required the school to keep the plan secret from the Littlejohns. It was a six-page plan, constructed by a social worker the parents had never met, along with school administrators. It said that when talking to parents, educators were to use the child's birth name and to keep the gender transition from them, while treating the child as though she were the opposite sex, and calling her by her chosen name at school.

A Florida father was kept from his daughter's gender identity questioning as well, with the school going so far as to say that because the family was Catholic, they would automatically not be "affirming" of their child. The father snapped back, after hearing about this, stating that his religion taught him to love his child.

His child attended school in Clay County, Fla., and it was after her parents received a phone call that informed him that his "daughter attempted suicide," that he became aware of the "secret meetings" and gender identity issues. They had kept his child's gender identity from him for the child's protection, and as a result, the child nearly committed suicide on school grounds.

The family is suing the school, alleging that school leaders encouraged students and staff to refer to the 12-year-old student as a boy and even gave the young girl a new name, and to keep all of it from her parents.

Murthy claims that the Parental Rights in Education bill, which prevents teachers from keeping mental health secrets from parents, prevents them from socially transitioning a child without parents' knowledge, and prevents teachers from grooming young children into gender identity conversations, "shuts down dialogue instead of nurturing healthy conversation," and give the message to LGBTQ+ identifying youth that "they are not accepted."

However, the bill is inclusive in that parents must be included in their children's education, mental, and social development at school. It opens up conversation, by requiring schools to discuss their child's development with parents instead of colluding with social workers against parents, and it protects kids from being ushered into the world of adult sexuality by activist teachers who are more concerned with pushing an agenda than teaching kids in an age-appropriate way.