Pharmaceutical giant Eli Lilly has clarified that it is not offering free insulin after a "verified" imposter account made the claim on Twitter. 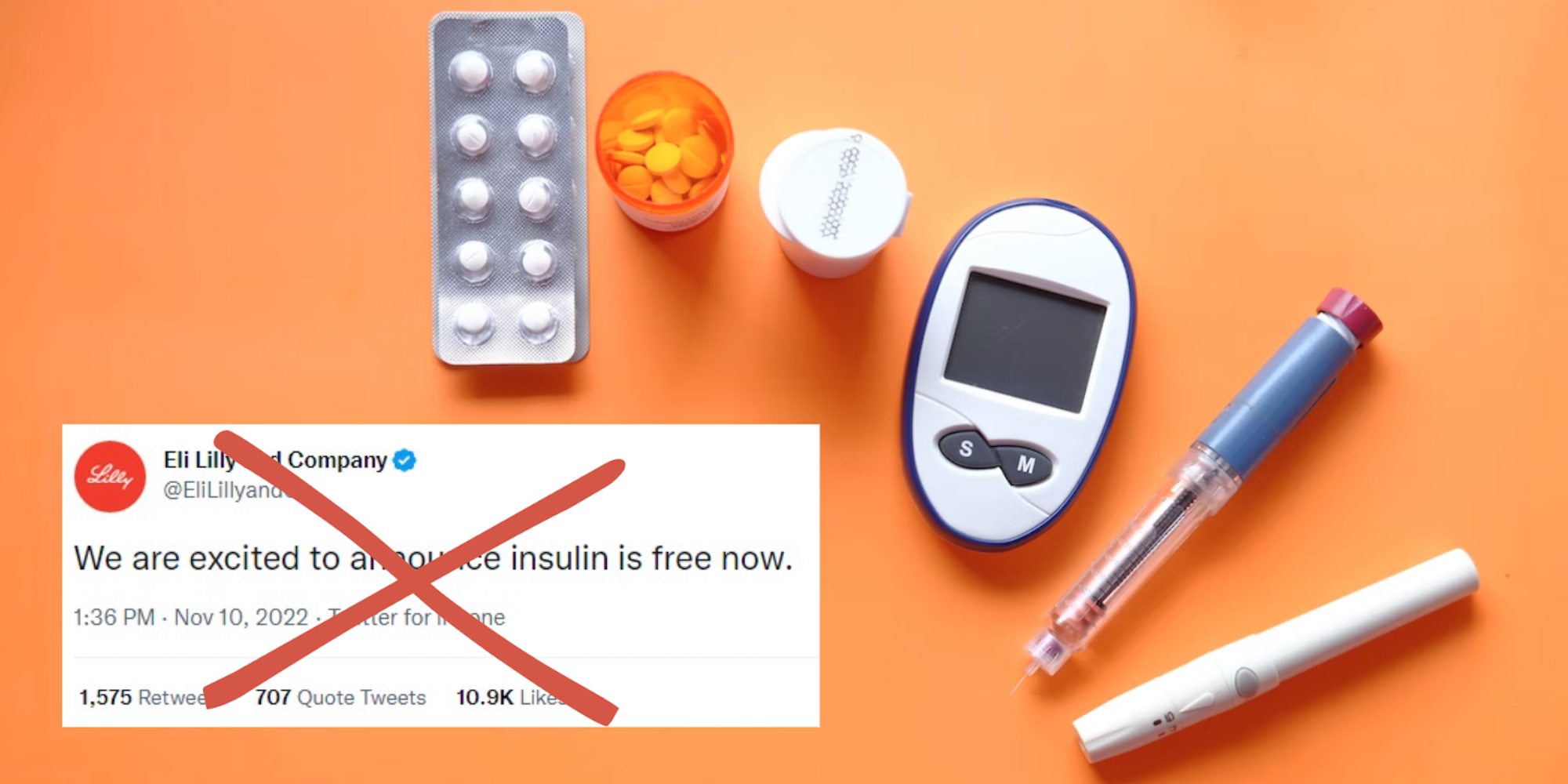 Pharmaceutical giant Eli Lilly has clarified that it is not offering free insulin after a "verified" imposter account made the claim on Twitter.

The deliberately misleading tweet, which was left up for three hours, amassed over 10,000 likes and was shared nearly 2,000 times.

"We are excited to announce insulin is free now," the original tweet read. Its author, @EliLillyandCo, appeared to many to be an official account thanks to the blue checkmark, however it was eventually pointed out that Eli Lilly and Co's actual Twitter handle is @LillyPad.

The fake account has since had its blue checkmark stripped, and its tweets protected.

The real Eli Lilly and Co released a statement on Twitter shortly after the imposter's existence was brought to light.

The company is one of the foremost insulin producers in the world and serves millions of people living with diabetes. The fake news came as a blow to those who have been pushing for prices to be lowered.

"They wouldn’t have to mislead people if you actually lowered the cost of a medicine that costs almost nothing to make yet thousands need it to live," one user wrote angrily.

This is just one of many examples of people taking advantage of Twitter's new "verification" system, deployed as part of Twitter Blue, wherein users can simply pay $8 USD to receive their blue checkmark.

Accounts impersonating government officials, sports stars, and corporations have all led to the spread of misinformation across the platform as users often fail to differentiate real from fake.

Twitter briefly attempted to quell the chaos by offering a second grey checkmark to actual verified users, however this plan was nixed in favor of a popup that would explain which level of verified someone was. The move nevertheless continues to spark confusion, with many calling on Elon Musk to sort things out as soon as possible.