Bridges was cycling and winning competitions in male categories as recently as February. 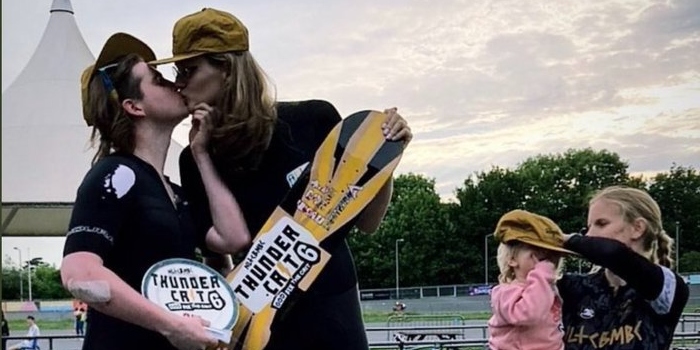 According to Reduxx, ThunderCrit is London's largest fixed gear cycling race. The victory was announced on Twitter by the Women's Rights Network, a UK based organization defending women's sex based rights.

The tweet continues, "Notice anything different about them compared to the cyclist who takes third place?"

Third place went to the only biological woman in the photo. She's pictured holding her child and standing in diminutive regard to her biological male counterparts.

Bridges and Chant's victories contribute to a growing trend of biological men, who identify as transgender, competing in and dominating women's sports. UPenn swimmer Lia Thomas has won swimming competitions by unprecedented margins while openly laying ambitions towards the Olympics.  Last year power lifter Laurel Hubbard was named "Sportswoman of the Year."

The outrage continued through Bridges' involvement in ThunderCrit, as one tweet noted "If injustice doesn't inspire fury, you're morally defunct."

In October 2011, Chant posted on social media it would take 11 months of hormone treatment to reach acceptable levels to compete in women's sports. ThunderCrit didn't adhere to this criteria as June falls within that period.

These victories occur amid the statistical advantages biological men, even undergoing hormone treatment, have over women.

ThunderCrit didn't specify metrics for determining how their non-cis participant's could self-assess their physical performances.

The term "cis," as applied to gender, was coined in 1991, by German sexologist Volkmar Sigusch to create a distinction where everyone is either "cis" or "trans." Sigusch's work in gender theory extended beyond transgenderism and included other common sexologist topics such as his 2011 SPIEGEL interview where he identified as a pedophilia apologist.