A biological male who identifies as female and has been convicted and incarcerated for sex crimes was moved to a women's prison whereupon he allegedly raped a female inmate. 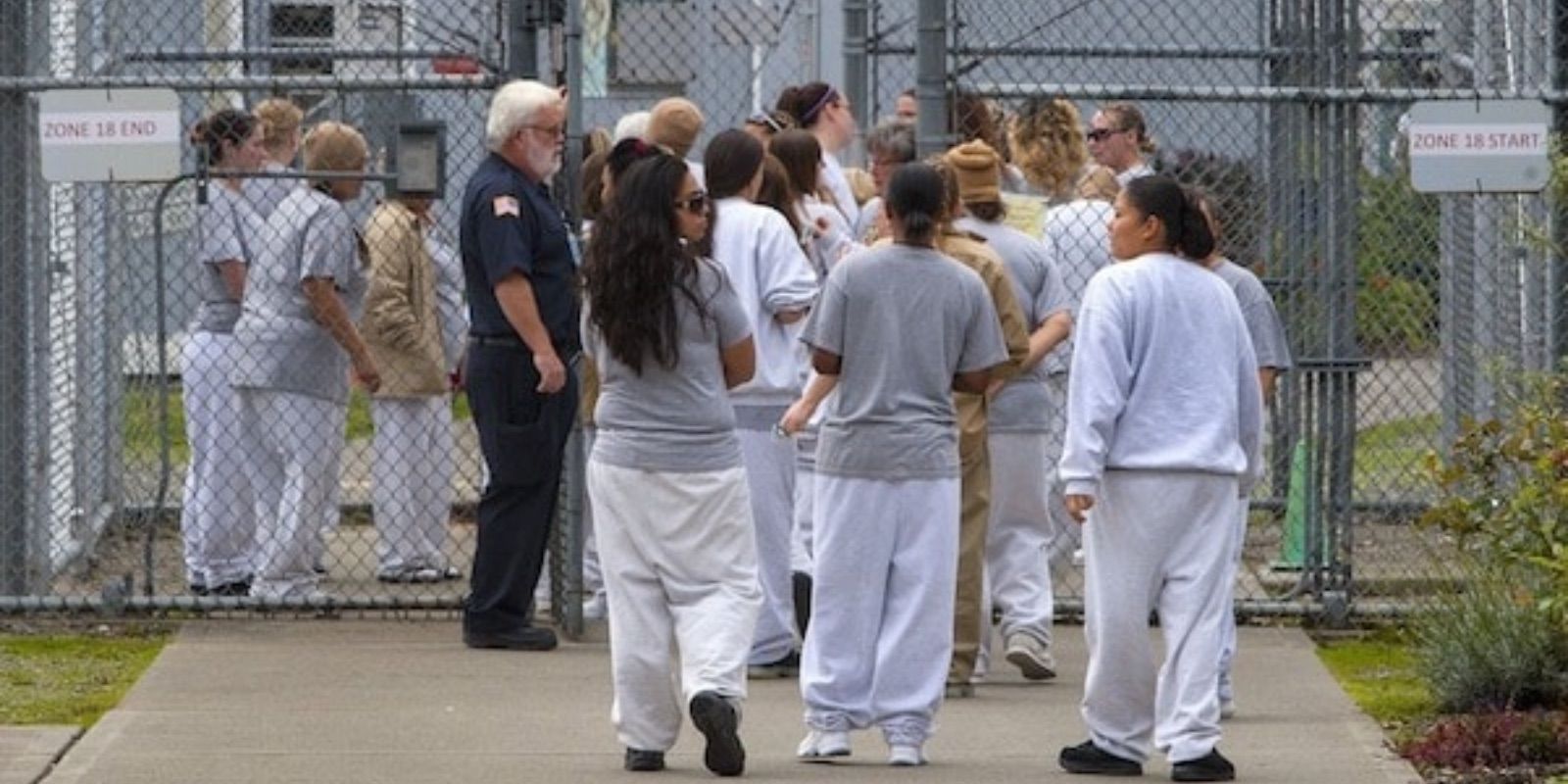 A biological male who identifies as female and has been convicted and incarcerated for sex crimes was moved to a women's prison whereupon he allegedly raped a female inmate. In Washington state, the policy of allowing biological men who say they are women into women's prisons has resulted in rape.

An employee at the Washington Corrections Center for Women in Pierce County reported that upon arrival to that facility, a biological male inmate who claims a female identity raped a female inmate. Monson said that:

"The concern among staff and inmates is a risk of sexual assault. The employee cites a recent incident in which an inmate from a male facility raped a female in the women’s prison upon arrival. The transferred inmate, according to the employee, is incarcerated for a sex offense and has fully functional male genitalia, a history of violence and sexual depravity in the community, and has been found guilty of sexual assault against other inmates while housed in the men's facilities.

"'He is a proven sexual predator, having committed multiple crimes against women, yet the State of Washington had no problem moving him into a women’s facility and housing him with the most vulnerable in our population (our mental health unit),'" the employee wrote.

"'Word of the incident has inevitably traveled throughout the facility, causing much concern amongst both inmates and staff,' the employee said. 'It demonstrated the state's willingness to put the most vulnerable of our population in harm's way, by locking them in a cell with a proven predator, with zero accountability or repercussions for the perpetrator.'"

Kelsey Bolar, at the Independent Women's Forum, wrote that the Washington Corrections Center for Women would neither confirm nor deny the story, but that the Pierce County Sheriff, Ed Troyner, did say that "his department received a similar email and a number of calls about the same alleged incident."

This is not the only incident of this kind. Bolar writes that another incident such as this one, rape of a female inmate by a biological male who claims to be a woman, happened in Illinois last year.

And it's not just in the US that this is happening, either. Details of incidents of this nature emerged in Australia, Scotland, and in other nations. But as this ideology makes its way into more and more practical matters, and these incidents continue to increase, it is unlikely that the public will be made aware of them.

In Canada, one former women's correctional facility inmate has spearheaded the cause to keep women's prisons for women alone. Once incarcerated at the Grand Valley Institution (GVI) for Women in Kitchener, Ontario, Heather Mason knows what life is like for the vulnerable women inside prisons, and how the safety of these women is at risk when a biological male is put into their midst.

But much of what is known publicly about this impact is only because of rumors. The Correctional System of Canada (CSC) has already instituted the policy of classifying biological males who identify as female as fully female for the purposes of data, records, and statistics. This is how, in Canada, it is possible for a "woman to rape another woman with her penis." That is, in fact, the legal way to say that a biological male with fully functioning sex organs who says he is a woman—despite his capability to fully function with his male sex organs—raped a woman.

Mason said that she contacted CSC to get information about the statistics of crime within women's correctional facilities and was unable to obtain it. She filed an Access to Information and Privacy Request (ATIP) asking for a list of institutions, showing a breakdown of the sex of the inmates, the crimes committed by those housed therein, an the number of people who had committed those crimes.

Mason works with a group called Canadian Women's Sex-Based Rights (caWsbar), which recently staged a protest outside the Kitchener facility.

Speaking at the protest, Mason noted that the policy that allows transgender-identified persons to transfer into prisons that suit their gender identity only go one way. Biological women who identify as male are not allowed to transfer into men's prisons. Why? Because obviously their safety would be at risk. This gives the lie to the statement that biological men and women can become the other and exist as such in society.

"This policy is completely one-sided," Mason said, "it's only a policy for males who identify as women and it's only a policy for that is for a select few. So we have downloaded 100 percent of the risk from men's prisons onto women's. So we are now infringing upon our Charter rights as well as discriminating against women. And we are being used as shields to protect men who identify as women."

CaWsbar's intent was to call attention to the "new, co-ed reality at women’s prisons in Canada. The Correctional Services of Canada (CSC) has been transferring biological male offenders who identify as trans gender into women’s prisons, and this has resulted in assault and abuse of female prisoners—and staff—by biologically male bodied persons."

The groups states that "High-risk male convicts, including child rapists, are exploiting the CSC's interim policy on gender identity. By declaring to be a woman, these criminals may be transferred to women's prisons to complete their sentences under reduced security—often with their male anatomy fully intact. Research suggests that there are at least 14 males in women’s prisons within the federal system."

Mason listed off the names and locations of these gender non-conforming biological males who identify as transgender or simply self-identify as female, noting that in the documents provided by CSC, the biological males who are housed in women's prisons are classified as women. Their crimes were not separated out from the women's crimes listed as committed by those at the women's facility.

This makes it impossible to know who these men are or what's happening in women's prisons. Mason said that "The men are putting in human rights complaints and winning millions of dollars. One man put in a complaint for being in segregation and not having access to makeup. He was in segregation because he had sex with women in the women's prison and he had HIV."

Trans rights activists will first claim that this sort of thing never happens, that biological men who self-identify as female are not a threat to women or women's sex-segregated spaces. And the data, which is not being kept, which has been muddied by policies designed to make it impossible to differentiate between biological males who claim to be women and actual biological women, will back them up.

It is all a lie. CaWsbar is "demanding the removal of all males from women's prisons," said Mason, and they "want people to know how long it is to get information. There was an assault at Grand Valley that put three guards in a hospital, one inmate did it.

Rumour on the compound," she said, "is that GVI received a transfer from Edmonton, and that a trans native prisoner is in GVI."

For women who are housed in correctional facilities, the emergence of transgender ideology brings with it far more than hypothetical concerns. As the concept that biological men can, for nearly all intents and purposes, become women is enshrined into policy and law, female prisoners are seeing biological men who self-identify as women enter their prisons.

The Equality Act, up for a vote in the US Senate, would enshrine these practices into law, as it would be considered discriminatory to not allow biological men who identify as women into women's facilities.