The brief was filed on September 13 jointly by both the Women’s Liberation Front (WoLF) and the Concerned Women for America (CWA). 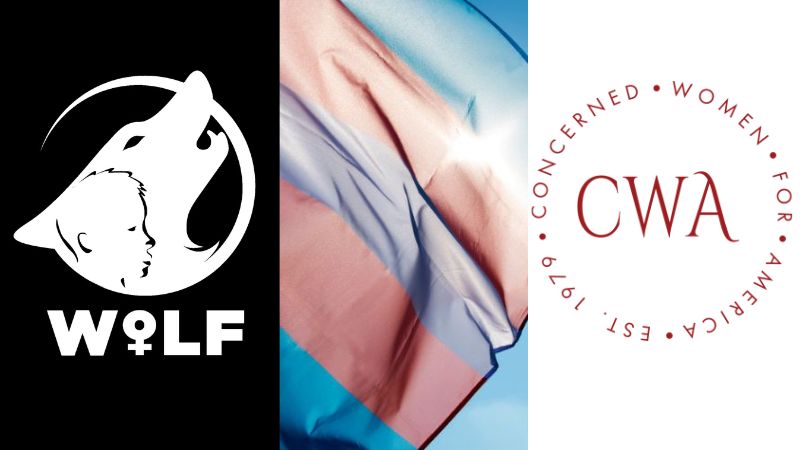 Hannah Nightingale Washington DC
Sep 23, 2022 minute read
ADVERTISEMENT
ADVERTISEMENT
An amicus brief has been filed in Indiana, requesting that the US Court of Appeals for the Seventh Circuit vacate a preliminary injunction issued last month blocking Indianapolis Public Schools from enforcing state laws that mandate children should participate on sports teams that match their birth sex.

The brief was filed on September 13 jointly by both the Women’s Liberation Front (WoLF) and the Concerned Women for America (CWA).

In July, Judge Jane Magnus-Stinson granted a motion for a preliminary injunction in the case of a 10-year-old transgender-identified minor, identified only as A.M.

The court document argued that A.M. suffered from gender dysphoria, and that competing on the softball team helped lessen these symptoms. The document even states that "In fact, she was one of the weaker athletes on the team," and stressed that A.M. "did not appear to have a competitive advantage over the other girls on the team."

The court case argued that the state’s new legislation violates  both Title IX protections as well as the Equal Protection Clause of the Fourteenth Amendment.

In the case of A.M. the school district was forbidden from enforcing the state laws regarding sports teams.

In WoLF and CWA’s brief, they state that "If the Court fails to vacate the district court’s preliminary injunction, it will mark a fundamental shift in American law and policy that strips girls and women of their rights, threatens the physical safety of female athletes, and undercuts means by which women can achieve educational equality."

The two argue that "The passing of Title IX 50 years ago allowed for a skyrocketing number of females to play on sports teams throughout their school career, into college, and that "this increased participation has had enormous benefits for women and girls."

Benefits of playing sports include increased grade averages, being more likely to graduate, especially in minorities, increased likelihood of a scholarship, lower likelihood of unintended pregnancy, and lower rates of depression.

"The benefits of sports participation for girls and women are especially important because of the historical discrimination women have experienced," the brief added. "Women have been discriminated against, excluded from public life, exploited, enslaved, sexually abused, and disenfranchised throughout history."

"Women’s feelings are wholly irrelevant to their condition and standing in this world; women have these experiences because of the biological distinctions between men and women. A male child is more likely to attend school and less likely to be withdrawn by his family before graduation. In no country on Earth is he denied – on account of his sex – the right to vote, to work, to own property, to move about society, or to speak his mind freely."

"In contrast, girls do not have the same advantageous treatment. Even in the U.S., despite ostensible legal equality between the sexes, there are still significant disadvantages to being born female, including many barriers to women’s participation in sports."

The two groups stated that when forced to compete on coed teams, women and girls "are deprived of titles, records, medals, scholarships, and opportunities to win, or even participate at all fairly and safely."

They continue on to note that "these results have been demonstrated time after time in recent years," citing the examples of two transgender runners in Connecticut that competed against females and former UPenn swimmer Lia Thomas, and added that biological differences in sports are so different that the US Women’s National Team was beaten in a scrimmage game by the FC Dallas under-15 boys’ team in 2017.

"Single-sex teams not only level the playing field competitively; they also protect women from the increased injury that arises from competing against males who are naturally larger, faster, and stronger," the brief states.

Females are more prone to "severe injury and to a condition called Female Athlete Triad, which causes osteoporosis, increases in fractures, and psychological issues such as depression, anxiety, body dysmorphia, and eating disorders," and a majority of which can suffer from premenstrual symptoms that effect an athlete’s ability every month, something that male athletes do not suffer through.

The brief also cites Justice Ruth Bader Ginsburg, saying she "recognized the need for sex-based distinctions when she wrote the opinion in a landmark women’s equality case declaring that sex-based classifications are sometimes permissible."

"Justice Ginsburg understood the innate, physiological differences between men and women and declared them 'enduring,'" the brief states. "In other words, unlike race, when it comes to sex, equality sometimes requires separation."

The brief takes note of the state’s usage of Bostock vs Clayton County, stating that the Supreme Court "took care to note" that the decision "does not alter Title IX or its implementing regulations and instead was limited solely to the question before it in the employment context under Title VII."

"In other words, unlike Bostock, where the Court said extending protection on the basis of “gender identity” did not violate another employee’s rights under Title VII, the harms that would flow from reinterpreting Title IX to effectively prohibit sex-based athletic competitions would disproportionately harm female athletes," the brief states.

The brief later adds: "Although the preliminary injunction is limited only to A.M. and to girls’ softball, the practical reach is far broader. This ruling effectively will cause other teams in other sports to accept other boys and men who self-identify as female in order to avoid litigation, all with deleterious public policy effects."

The groups argue that sports teams are not consistent with expressing a feminine or masculine gender identity, "Yet, under the district court’s logic, exclusively female teams are not permissible; rather, they must include males with a “feminine” gender expression or identity."

"Segregating sports by masculine and feminine sex stereotypes is directly contrary to the spirit and letter of Title IX and the Equal Protection Clause, under which sex stereotyping has long been recognized as a form of prohibited sex discrimination," the brief states.

The groups argue that while those whoa re experiencing "clinically significant distress because of their sex" deserve being treated with compassion and "appropriate treatment for depression or anxiety," "this treatment cannot require everyone else to comply with one’s subjective claim to being the opposite sex at the expense of women and girls—effectively removing the sex discrimination protections that Congress passed into law over 50 years ago through Title IX, intended to protect women’s safety, privacy, and opportunities."

"Science cannot be disregarded when talking about advantage, fairness, and safety in women’s sports and our self-defense. Progressivism is not progress if the result turns back the clock on women’s rights, forcing female athletes to be sidelined in their own sports, assaulted in their private spaces, and told that their futures don’t matter anymore," they conclude.

In a statement, Mahri Irvine, PhD, the Executive Director of Women's Liberation Front, said that "In addition to the obvious harms experienced by women and girls when males are allowed to intrude into women's sports, we are gravely concerned with the psychological gaslighting and compelled speech that is occurring on a regular basis in these types of situations."

"Students, coaches, school employees, and parents should never be forced to pretend that males are females, or vice versa. Using language like 'transgender females' or 'transgender girls' to describe males is misleading,  disingenuous, and confuses well-meaning members of the public who simply want all students to be supported and empowered.

"There are plenty of athletic opportunities for boys in Indiana, and we hope that the young person involved in this lawsuit is able to find satisfaction playing sports with his male peers rather than intruding into girls' spaces. When journalists and members of the legal profession refer to boys as "transgender girls" in an attempt to garner sympathy for those children, the result is a dishonest narrative based on personal faith-based belief systems rather than science or objective reality," she said.
ADVERTISEMENT
ADVERTISEMENT
WoLF CWA