A Black Lives Matter protest in the streets of downtown Austin turned violent when, Garrett Foster, who was armed with an AK-47, was killed amid an armed standoff with a driver, who shot and killed him while being confronted by protesters. 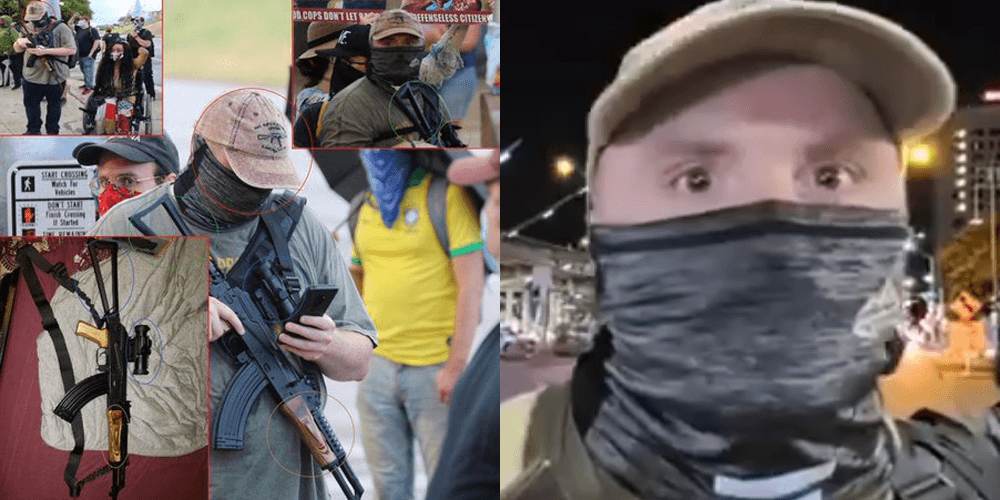 Update: This article has been updated with details of the fatal shooting from the Austin Police Department. A previous version of this article incorrectly identified Foster as the first shooter.

A Black Lives Matter protest in the streets of downtown Austin turned violent when, Garrett Foster, who was armed with an AK-47, was killed amid an armed standoff with a driver, who shot and killed him while being confronted by protesters.

While the case remains under investigation, the driver who fired the fatal volley that killed Foster turned himself in and is cooperating with the police.

In an update on Sunday, Austin Police Chief Brian Manley said reports indicated Foster was carrying a rifle when he approached the suspect's vehicle. The APD told KVUE that the suspect then shot out of their car at Foster.

Manley said that driver who shot Foster called 911 to report that someone had pointed a gun at his vehicle and that he fired at the person pointing the gun, according to KVUE.

Chief Manley says that the driver shot first, which he says came after Foster pointed his gun at the driver.

"If I used it against the cops, I'm dead," Foster stated. However, it wasn't the police who shot him dead. It was one of the armed civilians Foster had believed wouldn't fight back.

“I think all the people that hate us and wanna say shit to us are too big of pu**ies to stop and actually do anything about it,” he said, ironically.

As the crowd moved towards the intersection on Congress Avenue and a vehicle's horn urged for a passageway, five shots are heard in quick succession. Then three shots followed.

Marchers had converged around the car as a man shouts, “Everybody back up.”

A friend of the victim explains to the camera frantically that Foster is the fiance and caretaker of Whitney Mitchell, a quadriplegic in a wheelchair, and the couple has been protesting on the streets for over 50 days now.

Mainstream media outlets and pro-Antifa commentators on social media are claiming that Foster meant no harm.

His mother, Sheila Foster, said that he was merely pushing Mitchell's wheelchair moments before the shooting, she told Good Morning America.

“He was not aiming the gun or doing anything aggressive with the gun,” Michael Capochiano, who reportedly witnessed the altercation, told The New York Times. “He was not holding it in an aggressive manner," he added.

However, video evidence shows that Foster was pointing his AK-47 at cars.

Austin police spokesperson Katrina Ratliff told reporters that they had detained the suspect who fired the fatal shots and that he is cooperating with investigators.