MUST WATCH: Black woman slams teaching of critical race theory in front of school board

A black woman from Loudon County, Virginia went before the school board in a public meeting to aggressively denounce the teaching of critical race theory in school, calling the teaching "racist, abusive, and discriminatory against one's color." 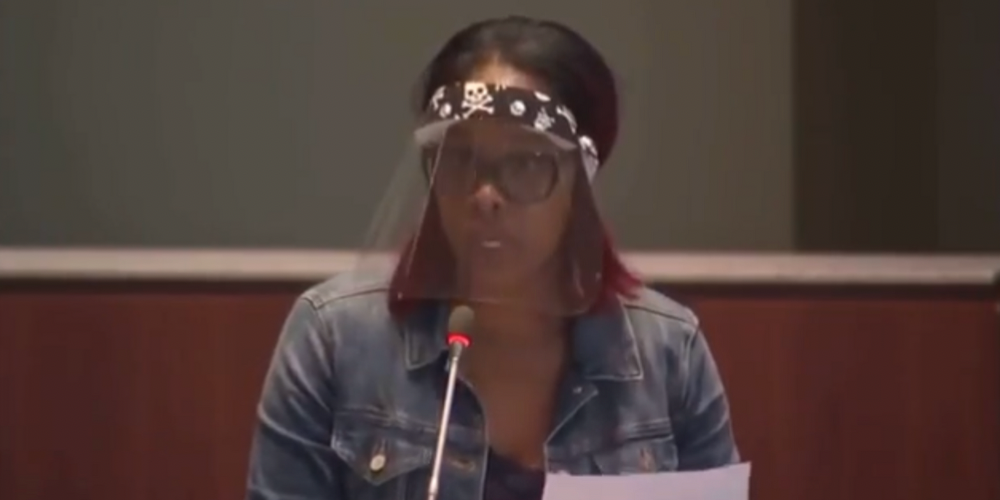 A black woman from Loudon County, Virginia went before the school board in a public meeting to aggressively denounce the teaching of critical race theory in school, calling the teaching "racist, abusive, and discriminatory against one's color."

"In the words of Martin Luther King Jr., ‘I have a dream that my four little children will one day live in a nation where they will not be judged by the color of their skin but by the content of their character,'" she began with the famous work of King.

"Now I have a dream that we will implement love, not hate, or supporting another Jim Crow’s agenda," she continues. "CRT is not a ‘nice dialogue,’ it was a tactic that was used by Hitler and the Ku Klux Klan on slaveries many years ago to dumb down my ancestors so we could not think for ourselves. CRT is racist; it is abusive; it discriminates against one’s color."

She stressed the divisiveness that critical race theory has threatened to teach children, asserting that the board cannot tell her what is racist, referring to her own skin color as evidence by saying "look at me."

"We don’t want your political advertisement to divide our children or belittle them. Think twice before you indoctrinate such racist theories. You cannot tell me what is or is not racist. Look at me. I had to come down here today to tell you to your face that we are coming together and we are strong," she said, adding that "This will not be the last greet-and-meet. Respectfully."