A Black Lives Matter activist and registered child sex offender was arrested for allegedly sucker-punching a man and leaving him bloody in the streets after the “Million MAGA March” in the capital on Saturday. 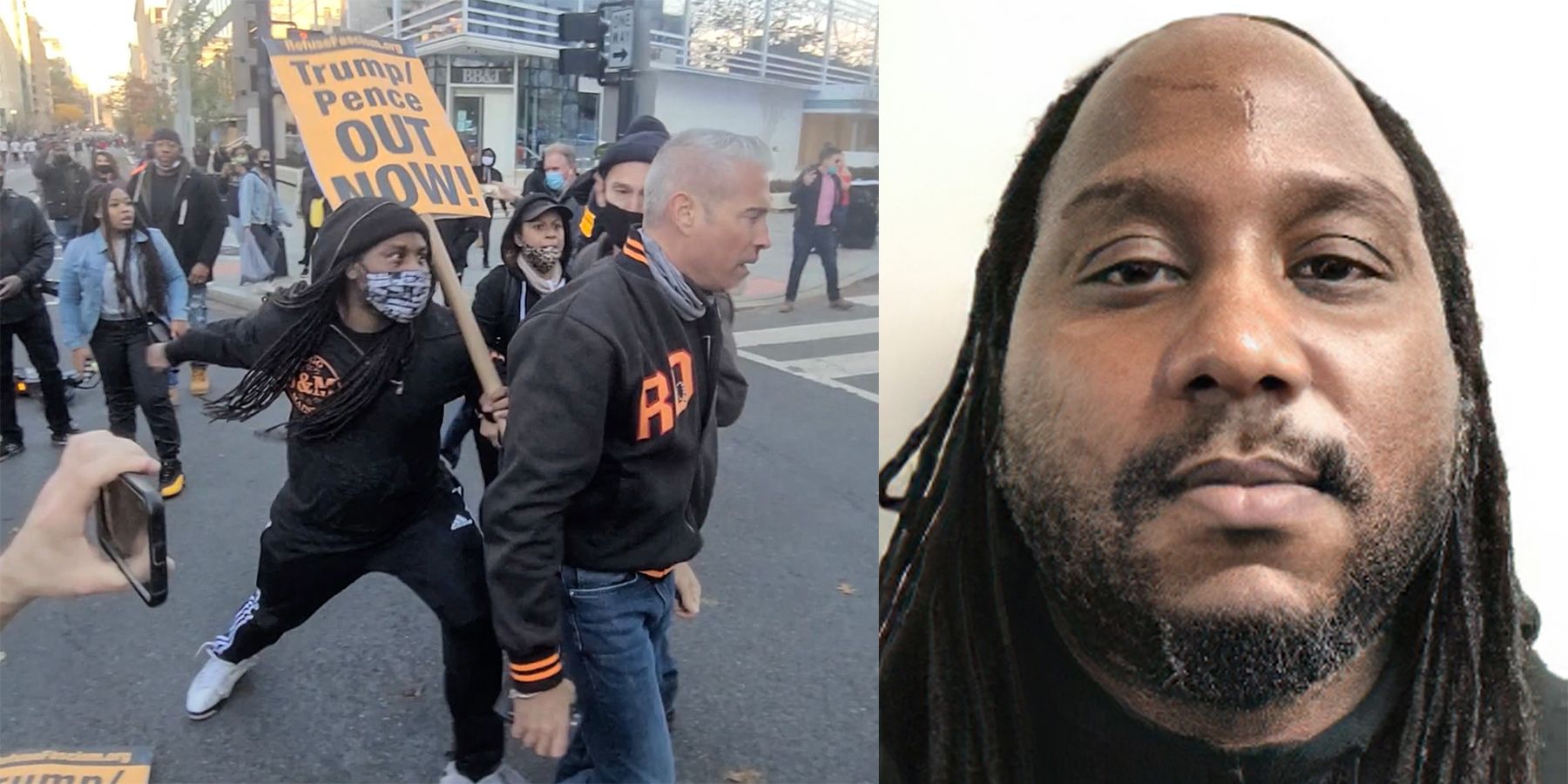 A Black Lives Matter activist and registered child sex offender was arrested for allegedly sucker-punching a man and leaving him bloody in the streets after the “Million MAGA March” in the capital on Saturday.

39-year-old Kenneth Wayne DeBerry, of Washington, DC, was charged with aggravated assault, disorderly conduct through inciting violence, and being a felon in possession of a gun. When the Metropolitan Police Department took DeBerry into custody, officers found a handgun on him.

DeBerry was filmed in viral videos running up from behind an unidentified man and sucker punching him. The man collapsed on the ground unconscious while another anti-Trump protester kicked him. Another protester then stole his mobile phone.

The attack followed scuffles in the street between the victim and a large group of Black Lives Matter protesters.

DeBerry has a long criminal history. In 2008, he was convicted of second-degree child sexual abuse in the state of Virginia. He is a registered child sex offender and was released from federal prison earlier this year.

His social media is filled with comments showing support for BLM and he was holding a sign for Refuse Fascism during the assault.

The pro-Trump rally earlier in the day was peaceful and attended by thousands of attendees. But scenes of violence erupted in the late afternoon and evening as rally attendees dispersed the event. Three other suspects were also apprehended and charged by police.

Bobby Smalls, 29, of DC, was arrested for disorderly conduct through inciting violence and carrying a dangerous weapon. He was armed with a knife.

Dashawna Gause, 28, of DC, was arrested for disorderly conduct through inciting violence and possession of a prohibited weapon. She had a taser.

President Trump brought attention to the assault in a tweet, writing: “Human Radical Left garbage did this. Being arrested now!”

Metro Police are still seeking three additional suspects and are asking the public’s help in identifying them.