BLM activists storm Seattle news station for reporting on their arrests, get arrested

Leftist activists stormed a Seattle news station for reporting on public arrest records related to the Black Lives Matter riots. The activists claimed that reporting on their arrests was "doxxing." 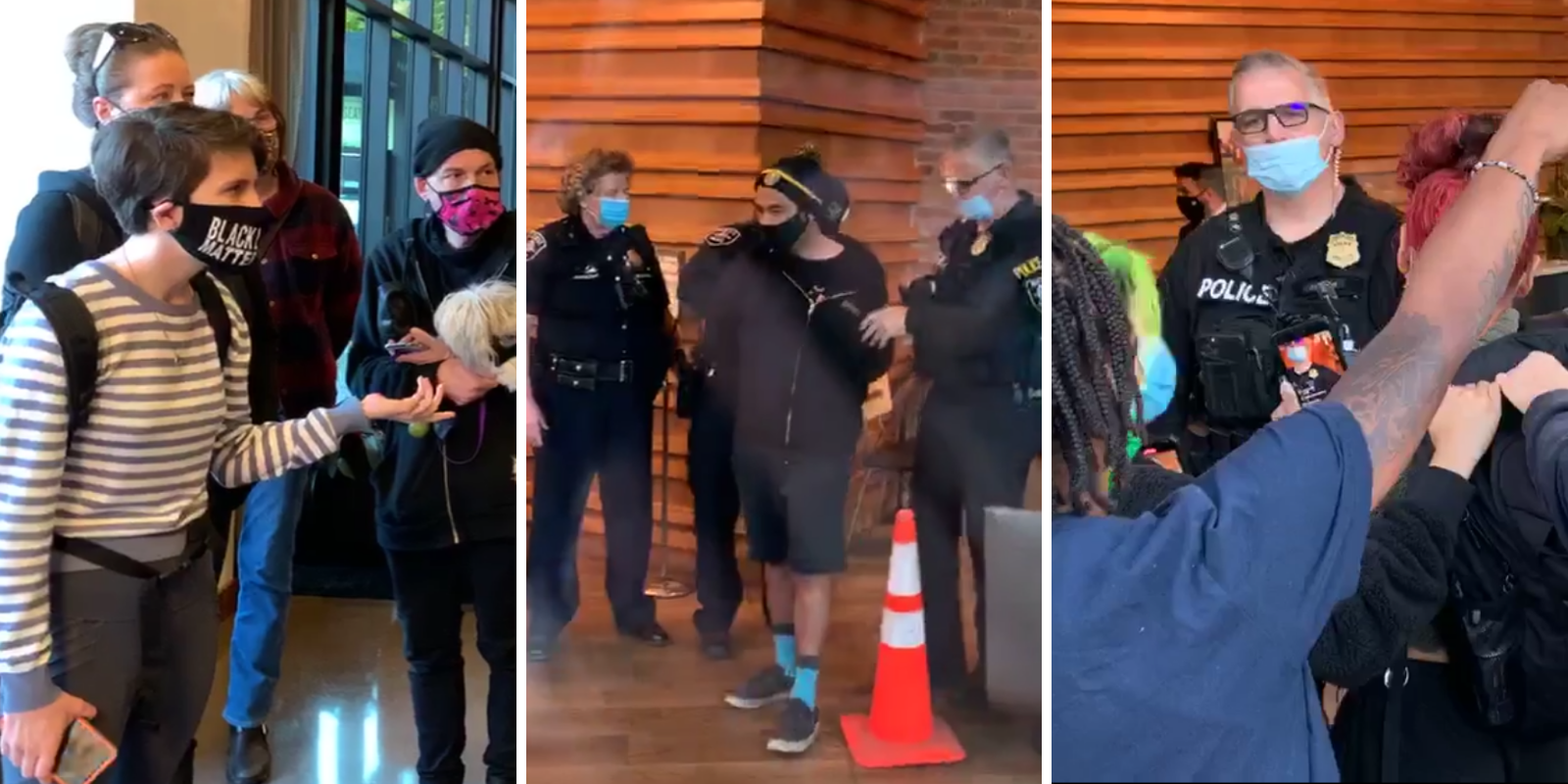 Leftist activists stormed a Seattle news station for reporting on public arrest records related to the Black Lives Matter riots. The activists claimed that reporting on their arrests was "doxxing." Then responding police officers arrested at least one member of the mob.

"Who are the people that are allegedly looting, setting fires and turning violent? Our investigation finds some surprising answers, tonight on @KING5Seattle at 6:30," Ingalls slated.

"Are you f—ing serious? You’re going to get people killed. This is psychotic," commented Dylan Austin, creative director at Five Senses Reeling, an "event production company specializing in LGBTQ (and allied) artists."

Austin then asked for the coverage of officers "beating the sh*t" out of known media. "Where’s the feature analyzing each of the cops who attacked peaceful protestors with their badges covered, after they were explicitly told not to? Where’s the expose on the white supremacist groups who came in to the city to terrorize the community?" he questioned on Facebook.

"There's not a large number of us so if they did choose to make arrests, it would be relatively easy. I would encourage anybody and everybody to please come down here just to reduce the likelihood of the protests here today," videographer Joey Wieser stated on camera, calling attention to mothers present with their children.

According to a list of Seattle-based broadcasters compiled by social justice collective Cascadia Undergrounds, Wieser serves as the communication chair for 43rd District Democrats and live streamed the early days of the Capitol Hill Autonomous Zone.

One male individual was arrested presumably for trespassing on private property, "because he did not leave the lobby," Wieser downplayed.

Then he listed the phone number of KING-TV's news desk director Pete Sayers, instructing followers to tell him that "doxxing protester names/faces on TV undermines our constitutionally protected right to protest, and actively puts people in danger."

"I'm trying to protect the lives of protesters, because they're trying to dox them and put them in the public. We have hate groups out here that are looking to kill and harm protesters," social media personality Tia of Black Girl Rev Media alleged while streaming inside the building, urging the doxing of Seattle police officers "that kill people, harass people, and rape people."

She video taped a cop on the phone who reportedly threatened to arrest her but not the surrounding protesters. "Why? Because I'm black. That's exactly why. And this is what it's all about," Tia stated, calling the police officer a "joke," "fool," and "idiot" to his face.

The self-described photojournalist then urged a thorough investigation into the city's police department and the charging of the officers who fatally shot 30-year-old Charleena Lyles, a pregnant black woman with a history of mental health struggles who allegedly confronted police with a knife, while on a burglary call.

"They like to kill and harm people in front of their children. That's what they love to do. You know why? Because they want to traumatize the next generation to no return," Tia levelled against Seattle law enforcement.

Trailing by car, Tia also travelled to King County Jail alongside a dozen fellow BLM activists. "Our friend is in there! That's why we're here!" Tia yelled.

"Hold your coworkers accountable!" Tia repeatedly shouted at a female officer. Another labeled the cop "the epitome of America." A young girl claimed that "the system is racist" and "too many people are dying."

When the officer's mask dropped below her nose, the closely-packed crowd chastised her to cover her face and remain six-feet apart. "You don't get to police me!" the same girl screamed.