Suspect Andrew "Tekle" Sundberg, a 20-year-old black male, fired bullets into the Minneapolis home of a single mother and her two children both under 5 years of age. 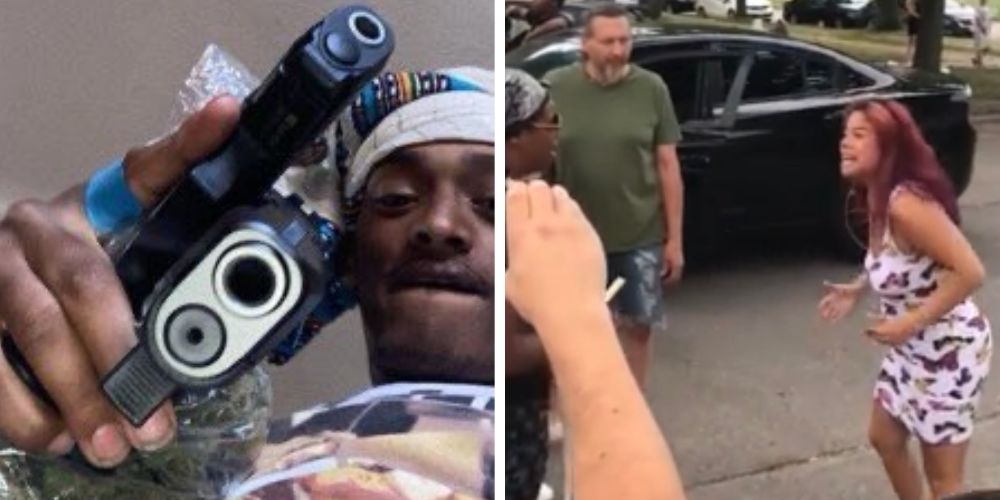 Suspect Andrew "Tekle" Sundberg, a 20-year-old black male, fired bullets into the Minneapolis home of a single mother and her two children both under 5 years of age.

The incident led to a six hour standoff between Teckle Sundberg and Minneapolis police officers on Thursday evening, The Hill reports. According to police documents, police snipers fatally shot Sundberg from a roof of an apartment building across the street. That fatal shooting brought protesters and activists to the apartment building where Sundberg was shooting, and was then shot.

"After approximately 6 hours of attempted negotiations, an officer-involved shooting occurred resulting in life-threatening injuries to the man. The man, believed to be in his 20s, was transported to Hennepin Healthcare where he later died," MPD reported on Thursday.

The death of Sundberg sparked outrage among Black Lives Matter activists, and protests erupted outside the apartment building as a result.

The victim, Arabella Yarbrough, was furious to find Black Lives Matter activists protesting outside her apartment building, and explained that she thought she was going to die during the incident, according to Kare11.

"Arabella Yarbrough says she thought she and her 2 kids were going to die Wed. night, after she says Tekle Sundberg fired these shots through her apt. She says she called police. Sundberg was shot and killed by MPD ending a 6hr standoff. More on this, tonight at 10," a reporter with Kare11 said.

In a video that has since gone viral across social media, Yarbrough can be seen confronting the protesters that came to stand in support of the armed suspect/active shooter.

"This is not a George Floyd situation," Yarbrough said. "George Floyd was unarmed. My kids have to deal with this and probably have a mental illness now because they almost lost their lives."

"There's bullet holes in the kitchen because he sat in the f*cking hallway watching my move. This is not okay," Yarbrough said. "Go home!"

Despite the suspect firing bullets into an apartment with women and children during an active shooter situation, Attorney Ben Crump, the family's lawyer, claimed that Sundberg was suffering from a mental health crisis and called on community activists to protest.

"This is Tekle Sundberg. Minneapolis Police Department killed this smart, loving & artistic 20-year-old after an hours-long standoff while he was experiencing a mental health crisis. We need ANSWERS from MPD as to why Tekle's mental health crisis became a death sentence!," Attorney Ben Crump said on Twitter.

"Please join his family and community activists at a rally and march tomorrow at 3 p.m. CT in Tekle's honor," Crump continued, calling for demonstrations.

Lawyers for Teckle Sundberg have requested that the Minneapolis Police Department release footage and other details of the incident that led to the death of the suspect.

"No information has been provided as to why Tekle, who officers had isolated for hours, suddenly needed to be executed," Lawyers Ben Crump and Jeff Storms said in a statement obtained by the Minneapolis Star Tribune.

"We call on the Minneapolis Police Department to immediately provide the family with the video evidence and other information necessary to answer this question," Crump and Storms wrote.

Cindy Sundberg, the suspect's mother, said her son was experiencing a "mental health crisis" when police were called to his apartment building, according to video released by Crump on Twitter.

The Minneapolis Police Department (MPD) reported that officers responded to shots fired inside an apartment building in the 900 block of 21st Avenue South. A mother with two young children called to report that someone had shot into her apartment. After arriving on scene, officers witnessed additional shots when they entered the third floor of the building.

"Officers saw debris exploding from walls as shots were fired. Officers called for backup and worked to rescue the mother and her children from the building in this active shooter situation. Officers also worked to move others to safety who were believed to be in danger," MPD wrote in their report.

"MPD Crisis Team Negotiators and MPD SWAT responded and attempted negotiations throughout the night and early morning hours. These attempts included identifying and calling the man’s cell phone as well as bringing the man's parents to the scene to help," according to MPD.

As of Sunday, Black Lives Matter activists have raised more than $15,000 for the suspect's family on the crowdfunding website GoFundMe.