Police arrived at the St. Paul neighborhood to arrest someone for murder before being accosted by very young children and being called slurs like "Oreo head." 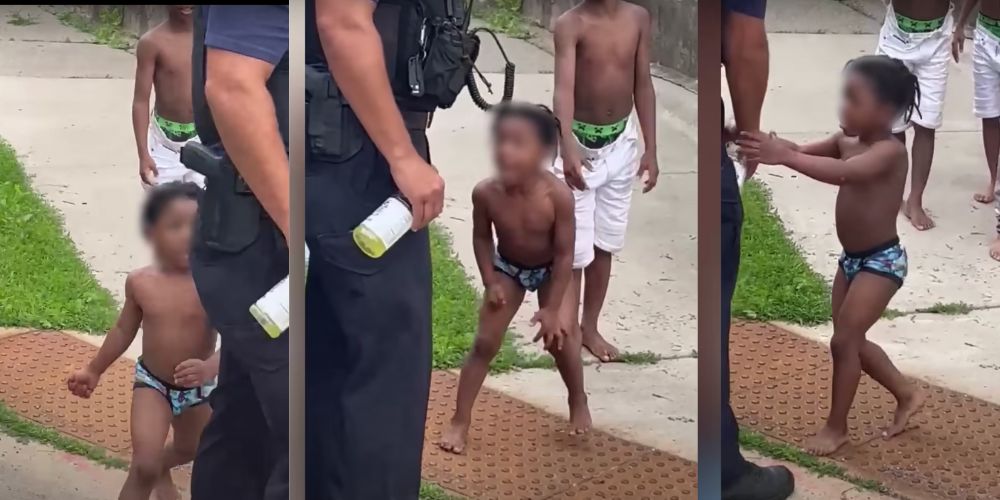 A video had gone viral showing a young black child swinging his little fists at St. Paul, Minnesota police while yelling "Shut up, b*tch!" and "shut the f*ck up" to the two cops in front of him.

The Post Millennial Editor-at-large Andy Ngo posted the incident on Twitter and wrote, "In disturbing video obtained by @AlphaNewsMN, very young children in a hood in St. Paul, Minn. were recorded hitting police & cursing expletives at them."

The video was obtained by local source Alpha news and posted on YouTube Sunday. The two police were on the scene to arrest a local murder suspect before being accosted by a group of youngsters with one of the tiniest taking the aggressive lead.

According to the New York Post, the clip is part of a larger segment that also showed children throwing rocks at the police.

Sheila Qualls writing for Alpha said the content of the video was "disturbing," "chilling," and "disgraceful."

The video was recorded the week prior and showed an aggressive child, who the New York Post describes as "only a few years old and wearing just underwear" approaching the officers and yelling while a smaller child in a diaper was in tow.

The truculent child hit an officer wearing an Alcohol, Tobacco, Firearms and Explosives (ATF) vest at least three times within 30 seconds and called his boots "those ugly-ass church shoes."

None of the children in the video are wearing shoes of any kind.

A few other bystanders approached, all of whom appeared to be adolescent children, and joined in the toddler's tirade.

One of the slightly older children called a cop an "Oreo head" which is, "a slur suggesting a black person is acting white."

Qualls said of the incident, "What’s the product of grooming children to disrespect police officers and other forms of authority? We are essentially training them to disregard societal norms of behavior and hindering them from achieving success in life. In short, we’re cultivating future criminals."

After the death of George Floyd, St. Paul, like neighboring twin city Minneapolis, was wracked with riots, violence, and broad deterioration of social norms.

"The behavior of these children is eerily similar to the behaviors of rioters who burned and looted Minneapolis two years ago," Qualls said.

Crime in the twin cities has skyrocketed since 2020.

"It is a foreshadowing of poverty, prison, and even death," Qualls said, "It tells the story of children — who through no fault of their own — have been corrupted and abandoned by a system that places no value on the traditional nuclear family."