A social media post has resurfaced from a Black Lives Matter Toronto co-founder in which she argues that white people are “sub-human” and are “recessive genetic defects.” 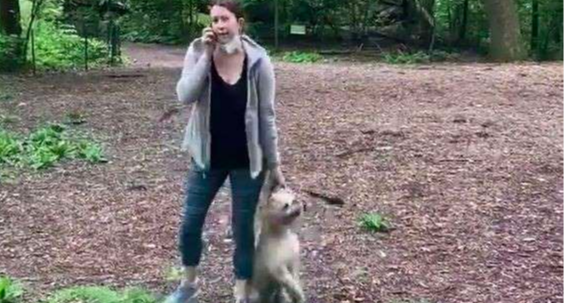 A social media post has resurfaced from a Black Lives Matter Toronto co-founder in which she apparently argues that white people are “sub-human” and are “recessive genetic defects.”

Yusra Khogali wrote the post on what appears to be her Facebook and attempted to use a genetic explanation involving melanin production to explain why white people are “defects.” It has now gone viral after it was shared by scholar James Lindsay.

“Whiteness is not humxness,” reads the statement. “in fact, white skin is sub-humxn.”

“White ppl are recessive genetic defects. this is factual,” the post later says. “white ppl need white supremacy as a mechanism to protect their survival as a people because all they can do is produce themselves. black ppl simply through their dominant genes can literally wipe out the white race if we had the power to.”

Khogali says that white people have a “higher concentration of enzyme inhibitors” which suppresses melanin production adding that melanin is important for a number of things such as strong bones, intelligence, vision and hearing.

In another post, Khogali tweeted, "Plz Allah give me the strength to not cuss/kill these men and white folks out here today."

After being criticized for the tweet Khogali responded by saying, "I am not a public official. I am not a police officer. The state does not entrust me with violent weaponry. I have never contributed to the mass targeting of a community. All I have done is used a turn of phrase, a rhetorical flourish, to voice my frustration and dared to be a person calling for justice."

The posts have since been deleted following heavy backlash.