Not all on the Jays are youngsters, though. Just ask Clayton Richards, who just celebrated his 36th birthday! As the oldest player on the Jays roster, the organization was kind enough to wish a very happy birthday to the veteran lefty. 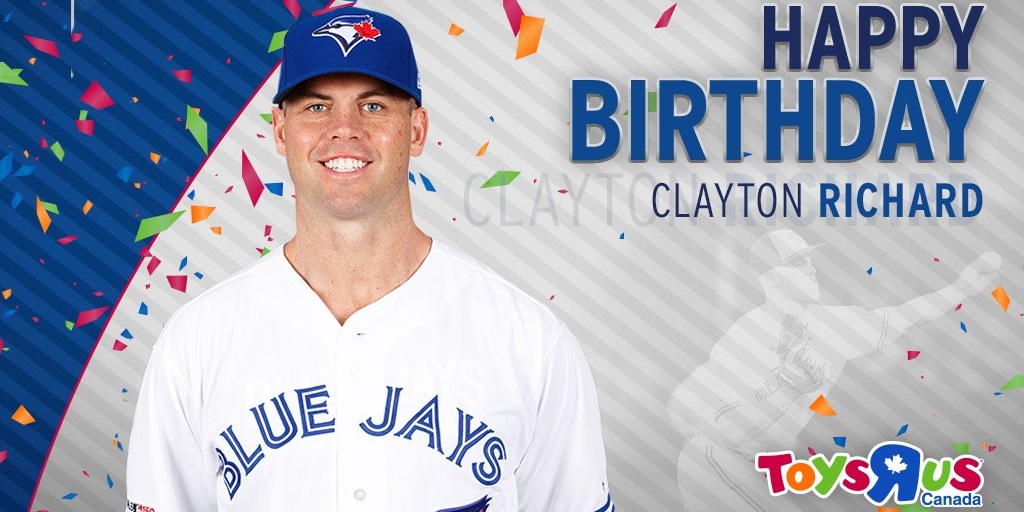 Ah, the Toronto Blue Jays. Canada’s only baseball team since the departure of the Montreal Expos to Washington, and besides a magical stint lasting about three years, perpetual basement dwellers of the American League East’s standings.

The Blue Jays had a bad year, as they’re in the midst of a rebuild. At 57-90 so far, fans don’t have a whole lot to cheer about in terms of wins, and are mostly looking forward to seeing their bright, young stars like Bo Bichette and Vladimir Guerrero Jr. progress on the day-to-day.

Not all on the Jays are youngsters, though. Just ask Clayton Richards, who just celebrated his 36th birthday! As the oldest player on the Jays roster, the organization was kind enough to wish a very happy birthday to the veteran lefty.

Sadly, that party may have been a bit short-lived, as the Blue Jays announced that Richards was released only six hours after the birthday wish, releasing the southpaw veteran for Elvis Luciano, a young gun who famously is the first person born after the year 2000 to play in the major leagues.

Sadly, Richards’ year was plagued with injuries and an ERA north of 5.96 over just 45.1 innings. A rough year, to say the least.

We know baseball is a tough business, but come on, Blue Jays. You couldn’t wait one day?

Surely, Richards will get over it. He’s been in the league a long time and knows how the business works. That, and he’s earned nearly 21 million dollars over his career.