"OK, so I just moved to New York and I'm going to go grocery shopping, and so I type in like, 'grocery stores,' on my Apple Maps, and every f*cking one I go to … they're like this sh*t." 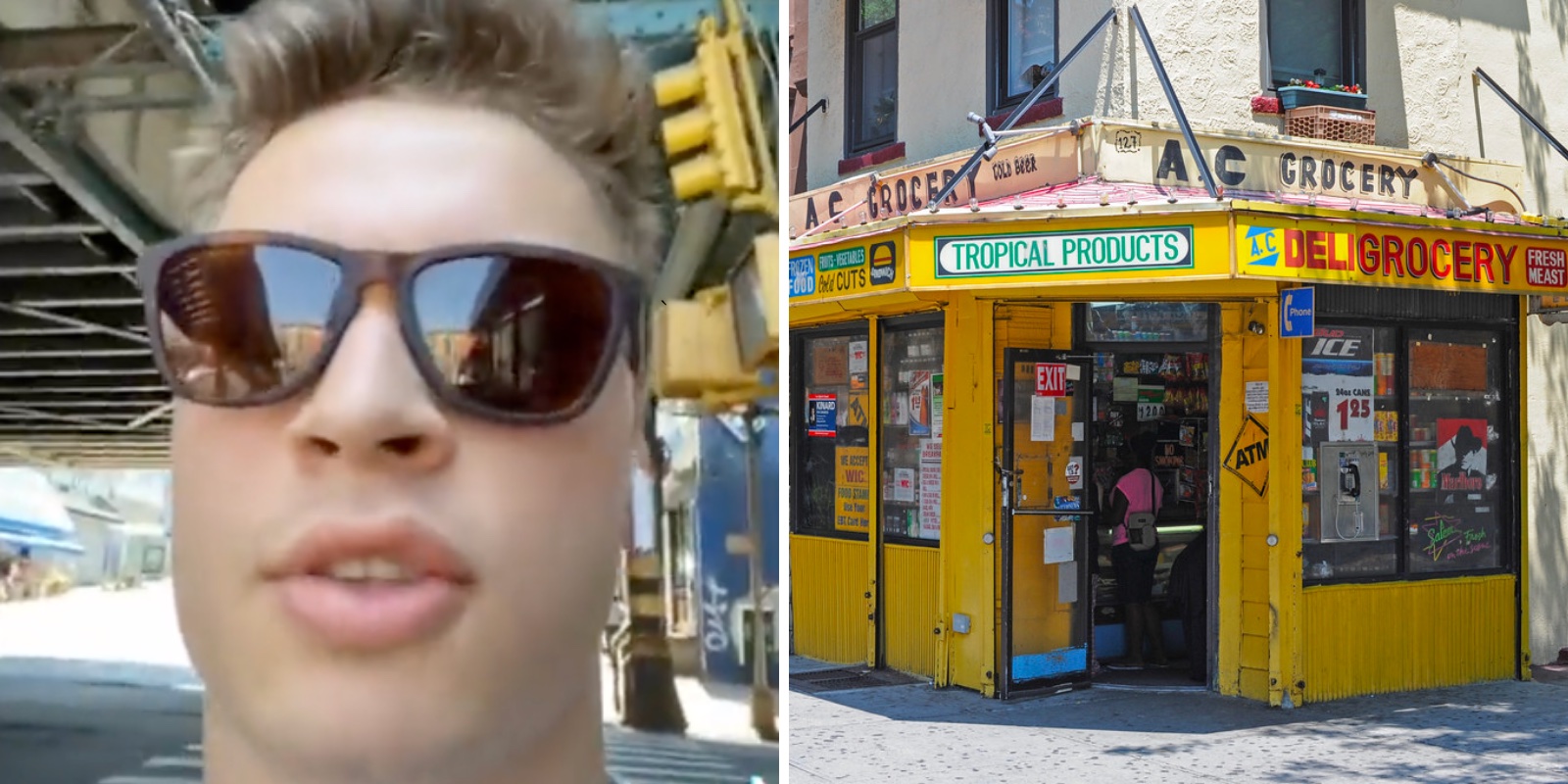 A college grad from the Midwest found himself the latest victim of cancel culture when he publicly criticized New York City bodegas, small corner grocery stores, after moving to the Big Apple to start a career in the tech industry.

Griffin Green, 24, of Michigan, was fired from the software company Outreach after he seemingly experienced a "culture shock" while attempting to shop for groceries in the South Bronx, according to New York Post.

Green detailed his experience shopping at local bodegas on his personal TikTok account, which has since been set to private.

"OK, so I just moved to New York and I'm going to go grocery shopping, and so I type in like, 'grocery stores,' on my Apple Maps, and every f*cking one I go to … they're like this sh*t," Green said, before panning the camera to show a local bodega.

"Like bro, that's not a grocery store," he continued. "I'm trying to get, like eggs, yogurt, cheese, sh*t like that. Like, look at this place." The Bronx is considered to be a "food desert," a neighborhood where it is hard to find fresh produce and healthy foods.

Frustrated with the lack of supermarkets in the area, he stated, "Like I've literally been to like five of those now, and like, I don't know what the f*ck I'm about to do for dinner. Like where are the Krogers and the Whole Foods at? Like I'm about to eat f*cking like cereal and ramen for dinner, like what the f*ck?"

There have been concerns shared by leftists and Democrats in New York that bodegas are often the only sources of groceries available in many neighborhoods. When this is the case, these neighborhoods are referred to as "food deserts." The problem cited by the "bodega bro" is one that city leaders have been trying to remedy for decades.

It wasn't long before the cancel culture mob came for him. An individual posted the clip of Green to their Twitter account, which resulted in backlash from users, calling Green's remarks "racist" and "insensitive."

"I'm sure this 'bro' thought he was being funny, but… did anyone else view this as racist? Or just me?" blogger Perez Hilton wrote on Twitter.

TikTok star Dutch De Carvalho slammed Green and said, "I mean, what, he's been here like two days? And he's found a way to make fun of the stores that many people in the community rely on."

The video earned Green the moniker "Bodega Bro." After it went viral, internet sleuths found more "offensive" content on his Tik Tok which led to his unemployment, according to Reason.

"I'm in the Bronx for a few weeks so I'm like the only white dude in this whole gym, so I got this NAACP shirt so these people vibe with me more," Green purportedly said a video.

Green also commented in another video on the number of gay people living in New York, questioning whether "being gay is just a thing now."

Individuals investigating Green's Tik Tok's found out his place of employment in a video that he posted announcing his move to New York.

An individual tweeted at Outreach and alerted them to Green's bodega video, asking them to take action.

"I don't think it's very flattering to have this type of person representing your company," they wrote to Outreach. "I would revalue his employment if I were you."

The request was successful and Outreach informed the user that Green no longer worked at the company.

"Thank you for bringing this to our attention. Upon investigation, we took swift internal action in accordance with our company policies and in alignment with our core values. He is no longer an employee of Outreach," the company said.